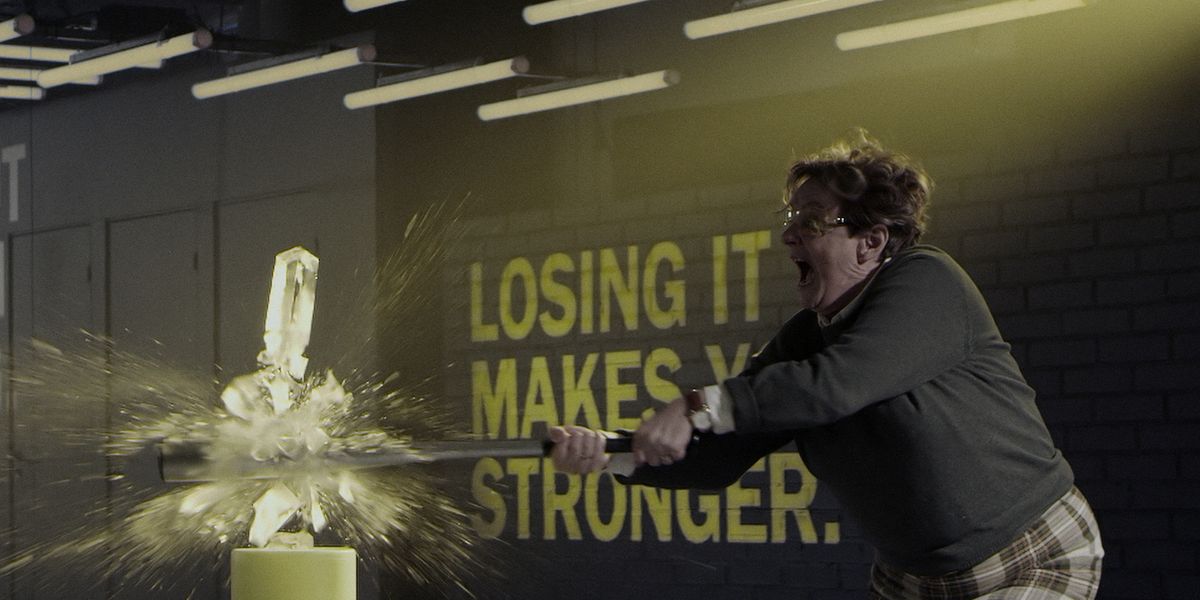 When you're feeling angsty, talking it out in therapy is usually a pretty safe bet. Sometimes though, you may need a more physical form of release — and that's where the Rage Gym comes into play.

The brainchild of Swedish sports brand Björn Borg, the Rage Gym encourages participates to let go of frustration via intense door slamming, table flipping, and taking a baseball bat to something. An attempt to help normally reserved Scandinavians express their emotions in a more "expressive" way, the gym is meant to help people "lose control" in a controlled environment and provide a simultaneous workout.

According to a statement from the brand, science says that "one of the most effective ways of letting go of anger is by exercising." Not only that, but the adrenaline produced when letting it all out can provide your "exercise with an extra edge" and help eventually facilitate the release of happy chemicals in your brain. A win-win!

Unfortunately, the gym will only be open at Stockholm's Telefonplan from March 29 till March 31, but here's to hoping it'll make it's debut stateside eventually.

In the meantime though, check out the company's film featuring normally mild-mannered professionals rage it out, below. And let's just say you'll never look at your local librarian the same way ever again.