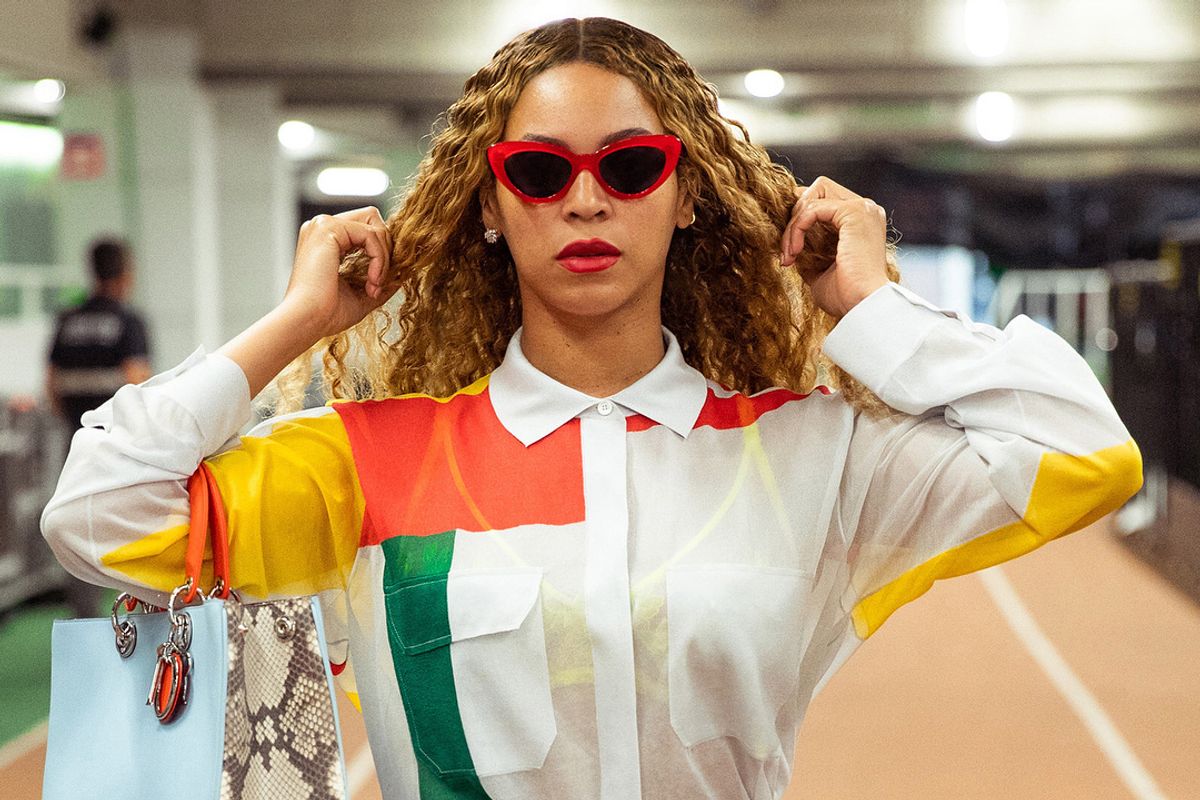 We learned a lot of things from Beyoncé's history-making September cover for Vogue. First and most importantly, the superstar helped the magazine correct a 126-year-long wrong by hiring 23-year-old Tyler Mitchell to be the first black photographer to shoot a cover. Secondly, despite their negative association with Coachella and basic-ness, flower crowns continue to have a moment. Third, we now know that Beyoncé does in fact have a FUPA that she is actually a bit fond of (how relatable!)

Speaking to Clover Hope, Beyoncé opened up about her body, as famous women are wont to do in magazine interviews, but what she shared was less inaccessible than you would expect from a celebrity with an outsized reputation for perfection. Graciously nodding to persisting pregnancy rumors, Bey spoke to the curviness of her body, especially compared to her early-twenties physique, and how pregnancy and motherhood change the body:

After the birth of my first child, I believed in the things society said about how my body should look. I put pressure on myself to lose all the baby weight in three months, and scheduled a small tour to assure I would do it. Looking back, that was crazy. I was still breastfeeding when I performed the Revel shows in Atlantic City in 2012. After the twins, I approached things very differently.

She went onto describe the physical challenges she experienced while carrying twins Rumi and Sir, whom she delivered through an emergency C-section, and how following their birth she focused more on her health, wellness and comfort than the appearance of her body.

To this day my arms, shoulders, breasts, and thighs are fuller. I have a little mommy pouch, and I'm in no rush to get rid of it. I think it's real. Whenever I'm ready to get a six-pack, I will go into beast zone and work my ass off until I have it. But right now, my little FUPA and I feel like we are meant to be.

It's always refreshing when women proclaim not to conform to societal pressure regarding their bodies, especially in a social media landscape where the pressure to "snap-back" to one's pre-pregnancy body within a matter of days is somehow viewed as the ultimate accomplishment. Cardi B similarly said she is approaching post-pregnancy life with a gentler approach than she initially anticipated, canceling a major tour with Bruno Mars that was set to start just six weeks after giving birth. When women have the time and space to take care of themselves, everyone wins.