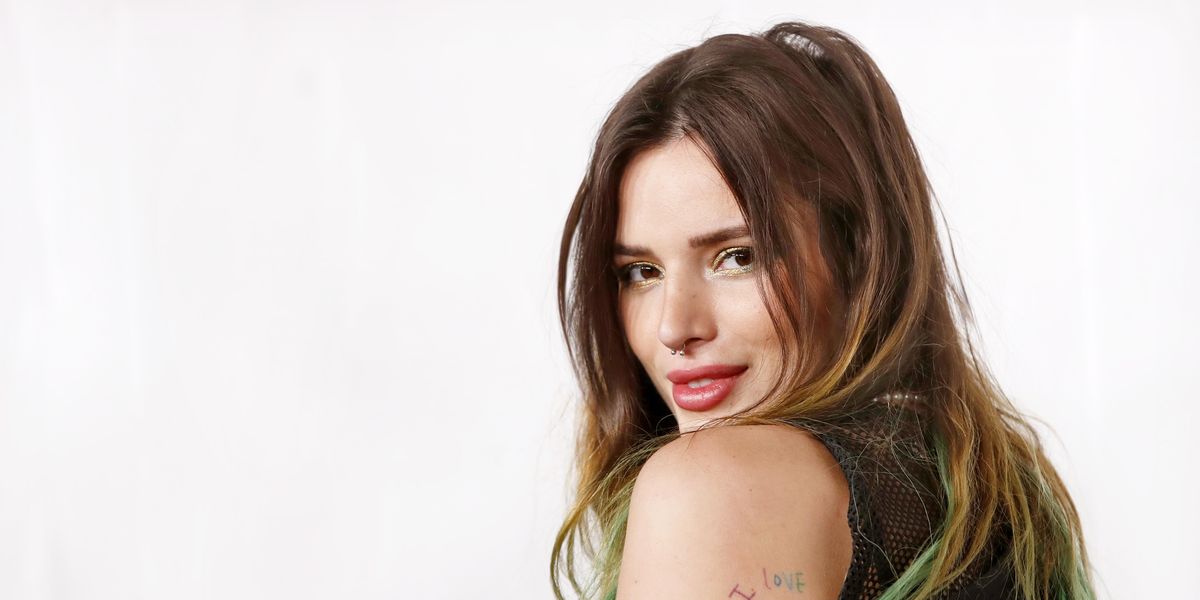 Bella Thorne and Her Sisters Could Be the Next Kardashians

Bella Thorne, for all of her endeavors and controversies, is a media sensation. It makes sense that she could take her talents to reality TV in a special way and, according to Page Six's sources, this could be happening. Move out of the way Keeping Up With the Kardashians — Keeping Up With the Thornes could be coming soon to a TV near you.

That wouldn't be the name, of course, but that seems to be the general gist of the idea that Ryan Seacrest is reportedly thinking of. Page Six reports that Seacrest, the creator and executive producer of KUPWTK, is "allegedly courting" Bella and her sisters Dani (28) and Kylie (29) to fill the void sometime after the show finishes up its 20th and final season.

Seacrest's camp is denying that this is happening, but according to Page Six's insiders, he thinks that the dysfunction that exists throughout Bella and her sisters' lives makes them perfect for TV. "This project and news are completely false andn Ryan nor his team have not had any discussions with or about the Thornes," a rep for him reportedly said. "There are no plans for Ryan and the Thornes to work together."

Hypothetically, if Seacrest was looking for the drama that made the Kardashians such intriguing stars, Bella and her sisters have it. Bella and her sister Kaili, pissed a lot of people off when they joined OnlyFans, with subscribers to Bella's account feeling swindled out of their money by her posts. Combined with the fact that Bella claimed to be the first celebrity to join it, as well as bragging about making $1 million in a day on the platform, you can imagine how many people had something to say to or about her.

Meanwhile, her sister, Kaili, caught some serious flack for arguing that sex work "isn't real." She continued on, saying it wasn't legit and then telling creators to "get creative and maybe you'd keep your clientele."

Maybe Keeping Up With the Thornes could work after all.