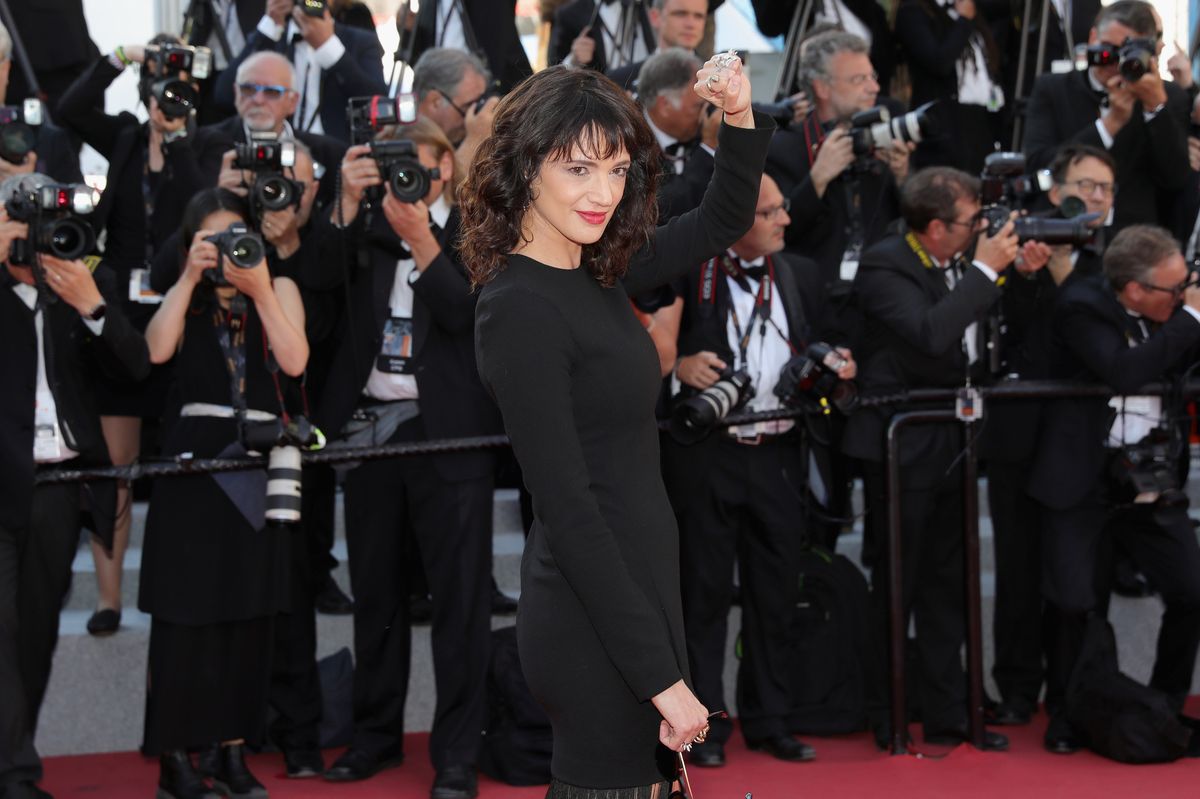 The New York Times reported Sunday that Italian actress Asia Argento, one of the leading figures of the #MeToo movement especially in regards to Hollywood, arranged to pay $380,000 to her own accuser starting in 2014. The report says that actor Jimmy Bennett, who played Argento's son in The Heart Is Deceitful Above All Things when he was seven and she was 27, accused Argento of sexually assaulting him in a hotel room when he was 17 and she was 37 (the age of consent in California, where the assault happened, is 18).

Argento agreed to pay Bennett, who initially requested $3.5 million for emotional damages and a stalled career due to his trauma, but did not arrange for him to sign a non-disclosure agreement, as she has previously spoken out against them. She did buy the copyright to a photo of the two topless in bed, and Bennett gave up his right to sue her. Argento will not be charged with a crime, TMZ reports.

Argento was one of the first women to come out against Harvey Weinstein for rape, joining a group that has ballooned to at least 87 accusers. She has also been an outspoken supporter of the #MeToo movement, delivering a powerful speech at Cannes about the culture of silence surrounding assault. The revelation that she herself has been an aggressor is a startling turn of events, and unfortunately will be used by some to try and discredit the movement as a whole.

Throughout the rise of #MeToo, Argento became close friends with actress Rose McGowan, who also accused Harvey Weinstein of assault and has been a vocal proponent of change in Hollywood and bringing awareness to the power dynamics that foster sexual crimes. Responding to the news, McGowan wrote on Twitter that her "heart is broken," but that she will continue her work advocating for survivors:

I got to know Asia Argento ten months ago. Our commonality is the shared pain of being assaulted by Harvey Weinstei… https://t.co/vlLf4UTdxz
— rose mcgowan (@rose mcgowan)1534758419.0

#MeToo's founder Tarana Burke urged people not to use Argento's actions as a justification for dropping the movement, and to in fact understand that the situation is only further indication of a larger problem and the deep need for continued work towards a solution.

"I've said repeatedly that the #metooMVMT is for all of us, including these brave young men who are now coming forward," Burke wrote on Twitter. "It will continue to be jarring when we hear the names of some of our faves connected to sexual violence unless we shift from talking about individuals.....and begin to talk about power. Sexual violence is about power and privilege. That doesn't change if the perpetrator is your favorite actress, activist or professor of any gender. And we won't shift the culture unless we get serious about shifting these false narratives.."

She continued: "A shift can happen. This movement is making space for possibility. But, it can only happen after we crack open the whole can of worms and get really comfortable with the uncomfortable reality that there is no one way to be a perpetrator...and there is no model survivor. We are imperfectly human and we all have to be accountable for our individual behavior."

My hope is that as more folks come forward, particularly men, that we prepare ourselves for some hard conversations… https://t.co/ObH1s30mVd
— Tarana (@Tarana)1534763644.0