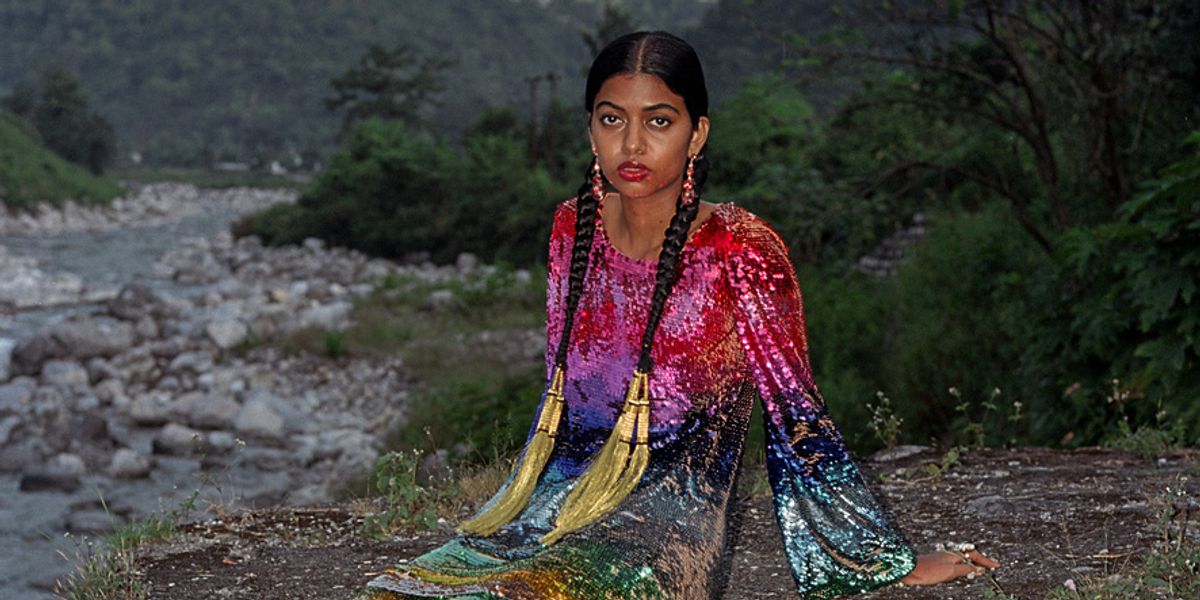 Since its founding in 2001, Ashish Gupta's namesake label has become synonymous with dazzling, brightly colored sequins — which in many ways provide a sort of respite from the doom and gloom of world news. So when the unprecedented events of this year started to unfold, Gupta's optimistic designs took on an entirely new meaning.

His recently unveiled Spring 2021 collection is a direct reflection of the uncertainty that loomed over 2020. For the first time since Ashish launched, Gupta was unable to be in India with his team of embroiderers and artisans due to travel restrictions caused by the pandemic. As a result, he was forced to work with them digitally from his West London home.

With his traditional hands-on design methods no longer an option, Gupta channeled a slightly more erratic approach to Spring 2021 due to the global circumstances that were constantly changing in each day. This meant the team had to work in phases which led to groups of different themes clashing and playing off of each other throughout.

Among the different stories told were '70s party dresses, sheer sequin jumpsuits, '60s-inspired psychedelia, vintage Indian calendar art, and emo hoodies with slogans like as "Fuck 2020" and "Hail Satan." The press notes describe the jumble of ideas as a mix of "lockdown nostalgia and post-lockdown fantasy dressing."

"So one day I thought, I'm just going to do beautiful flowers, and another I'm going to do something really emo," Gupta told Vogue of this new approach. "I realized that I have been doing this for so many years now that the best thing was probably to just trust my judgment and move ahead; it's that thing of acceptance."

One of Gupta's main techniques this season was the use of touch 'n' tuck tapestries that translate "color by number" artworks in sequins. The nod to stay-at-home crafts resulted in a kind of hand-made pixelated aesthetic that captured the new digital process he and his team were working with.

In addition to the new lookbook, the team produced an editorial of their Spring 2021 collection shot in India against backdrops of river rapids, mountains and other outdoor scenery featuring local talents like Naayaab Sheikh and non-binary model Ruthvik Naik.

Some of the Ashish looks depicted are the "Swanscape" dress, colorful striped tunics and a silver sequin sari. Check out the gallery, below, for more from the shoot.