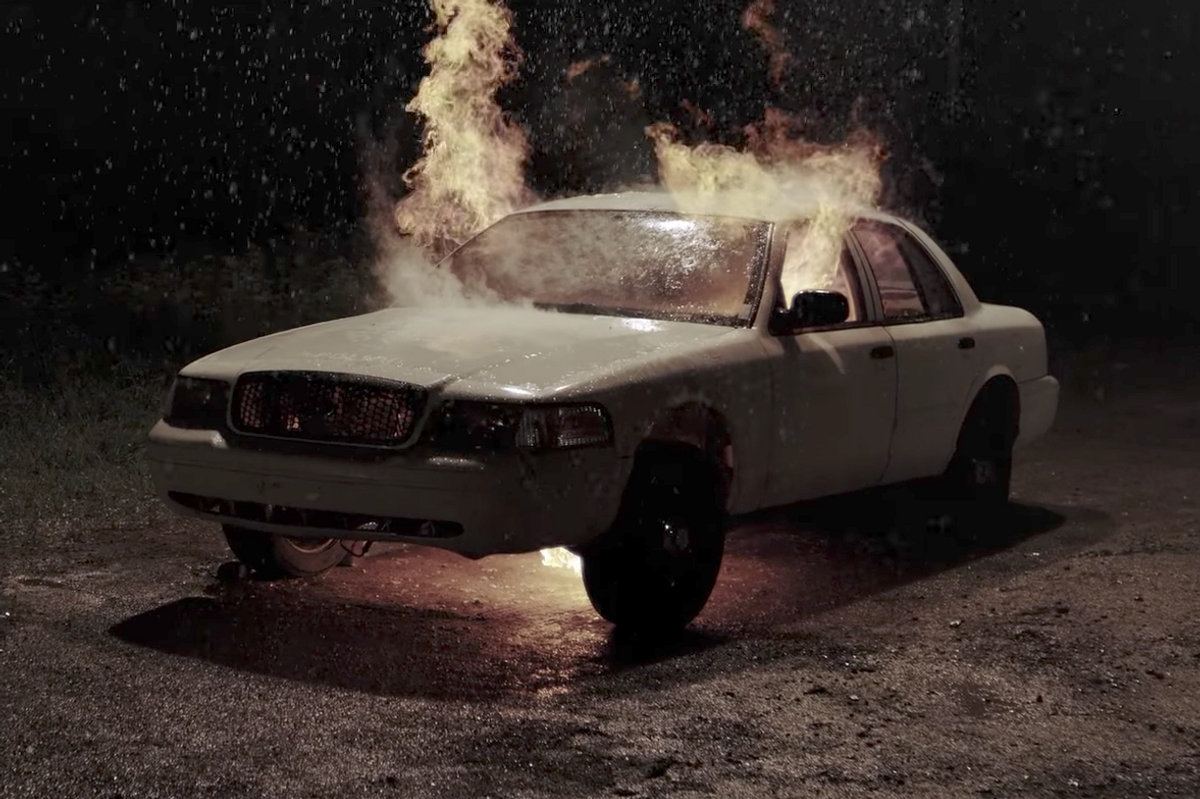 The Killers are probably still best known for their smash hit "Mr. Brightside" — a 2003 top-10-charting single (which also happened to be the band's first ever) about infidelity and heartbreak. Though the band has moved on much since the release of that song, it's clear that they still operate best when writing tunes about couples in trouble, who may be severely damaged or, even, just totally damned.

The video for the band's recent single "Run for Cover" hits some of the same points. Featuring a man and woman who are presumably in a relationship, it shows the dissolution of their union. The song's name is a constant over the video's duration, as the woman runs down a street in slow motion after stealing a nondescript white cassette tape from the man — taking time to look over her shoulder every now and then to make sure no one is following her.

Only someone is...and when they catch up to her, it seems that this tale will end sadly, with a death by way of hit-and-run. But after a few seconds, she opens her eyes, fires up a lighter, and sets the car ablaze.

It's fascinating, to say the least.

Watch the flame-filled video below.