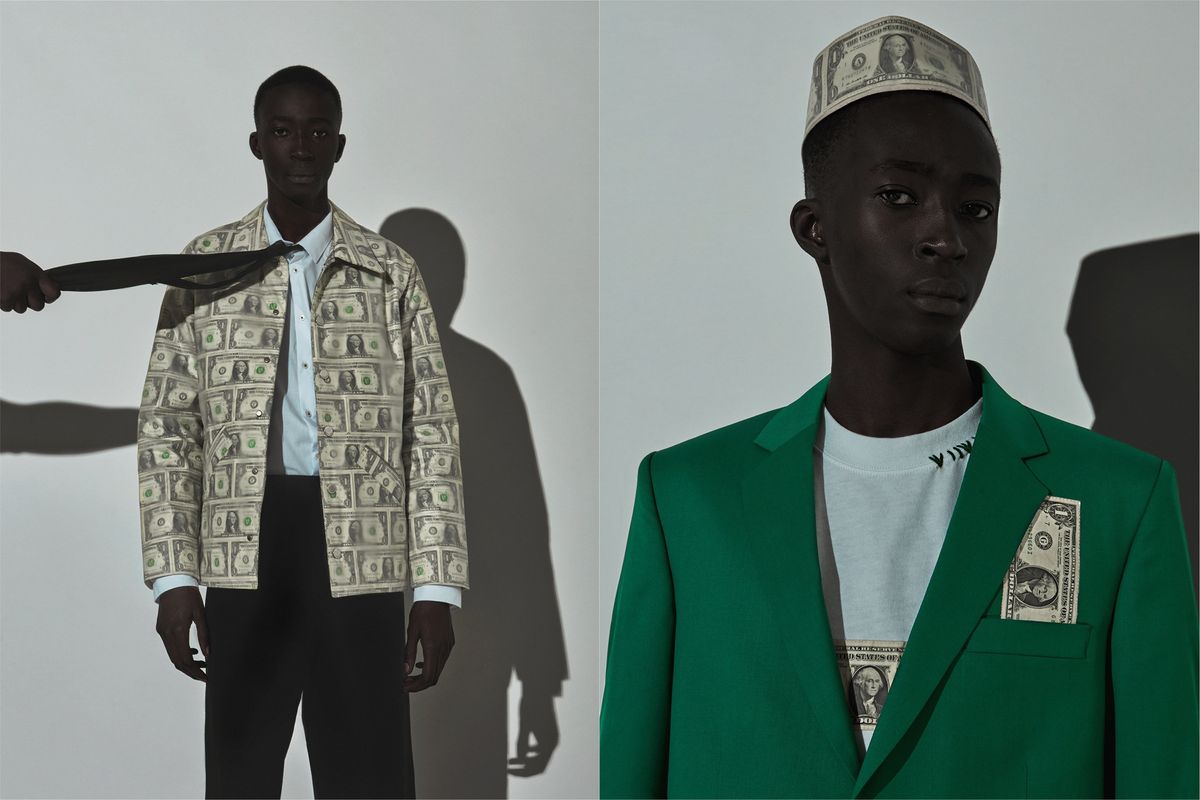 Growing up in public housing in Paris with hardly any aspirations or role models, Emeric Tchatchoua found solace in the world of fashion, and escapism through the work of Japanese designers he'd discover online. (As a teen, he'd often visit the now-shuttered Paris concept boutique Collette to "get away from reality.")

These experiences would go on to form the foundation of 3.Paradis, the brand he founded in 2013 after moving to Montreal. The men's ready-to-wear label, which was selected as a finalist of last year's LVMH Prize, gradually became known for its collaged silhouettes and storytelling approach, creating a hybrid of philosophical ideas and pop culture references. (It's been worn by the likes of Future, Swaelee, and Ty Dolla $ign.)

3.Paradis has been keeping busy as of late, shooting a photo series for its Spring 2020 collection featuring children from the community he was raised in and founding a nonprofit called Fondation Paradis, which focuses on helping people reach their full potential. Tchatchoua's latest endeavor ties to his Fall 2020 collection: a capsule titled "Land of the Free" which is accompanied by new editorial.

The images tell a story about the idea of freedom and the significance of what it stands for in the wake of the US political landscape. Pieces in the capsule collection are created with genuine $1 bills, a metaphor for the millions seeking freedom in pursuit of the American Dream.

"On the eve of the US election, I interrogated myself about the current state of America," Tchatchoua tells PAPER. "Is the American Dream still alive? I decided to go back to the true origins of the United States. This capsule is a reminder of the true meaning behind that long lost ideal; the land of the free, a place where you are free to be yourself regardless of your race, religion, ethnicity, gender, or background. It is where people come together as equals, embrace their differences that bring them together and expand our culture."

The approach behind the making of $1 bill pieces as a metaphor was about, as he describes it, coming from nothing and following your dream to become something and find happiness — the idea of having that same opportunity, no matter who you are, where you're from, what you look like or who you love.

These ideas take form in items like a beige cotton twill workwear-inspired jacket hand stitched with the aforementioned bills and a translucent silicone layer on top of the paper panels with a matching tote bag. Meanwhile, the shadowy, all-Black models in the editorial show off blazers with bills sticking out the chest welt pocket. It's as much a statement on America as it is about how he views humanity as a whole.

"With 3.Paradis, I'm basically studying life and looking for ways to improve the human condition in its entirety," he says. "I view life as an equation, each element must balance out in order to find equilibrium and harmony. Most social causes move me and really touch me deep in my heart. I tap into these feelings and use art as a catalyst to inspire and spread a message of hope, freedom and unity."