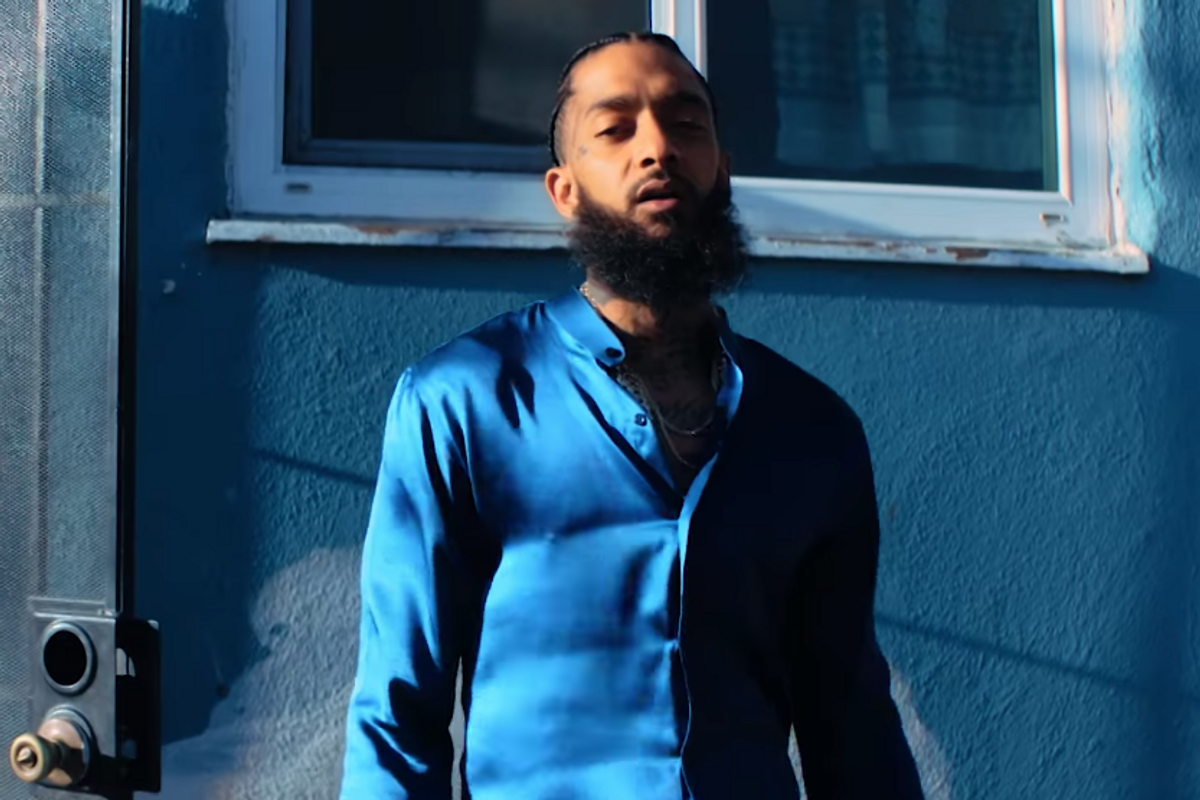 DJ Khaled's new album, Father of Asahd, his first since the release of his 2017's chart-smashing Grateful, was released today to widespread excitement on social media. The record has no shortage of upbeat, sure-to-be club hits, featuring the likes of SZA, Cardi B, and 21 Savage. The highlight of the album for many, however, is the appearance of the deceased rapper and community activist, Nipsey Hussle, on the track "Higher."

The song also features John Legend, who sings the chorus and plays a grand piano during his emotional lines. "You keep taking me higher and higher/ Don't you know that the devil is a liar," Legend belts passionately during the chorus, backed by a heavenly sounding choir. Hussle's verses are particularly motivational, as he tells a story of generational struggle that eventually turned into success in South Central LA.

Along with the release of the song, DJ Khaled also released a video for "Higher," and it's extremely moving — especially in the wake of Hussle's unexpected death. Hussle was killed on March 31, 2019, in front of his The Marathon store in Los Angeles. The video is dedicated in the memory of Hussle, with a message at the end of the video stating, "Rest in Paradise."

A gift from my brother Nipsey that we want to share with the world. We miss you and we will forever keep your legac… https://t.co/rIGeRwPMGy
— DJ KHALED (@DJ KHALED)1557968940.0

Khaled also posted a tweet with a tribute to Hussle the day before the release of his new album. It's in this tribute that Khaled recalls filming the video for "Higher" a short time prior to Hussle's murder. He also shares that 100% of the proceeds from "Higher" that would normally go to Khaled and his collaborators are going to be given to Hussle's children.