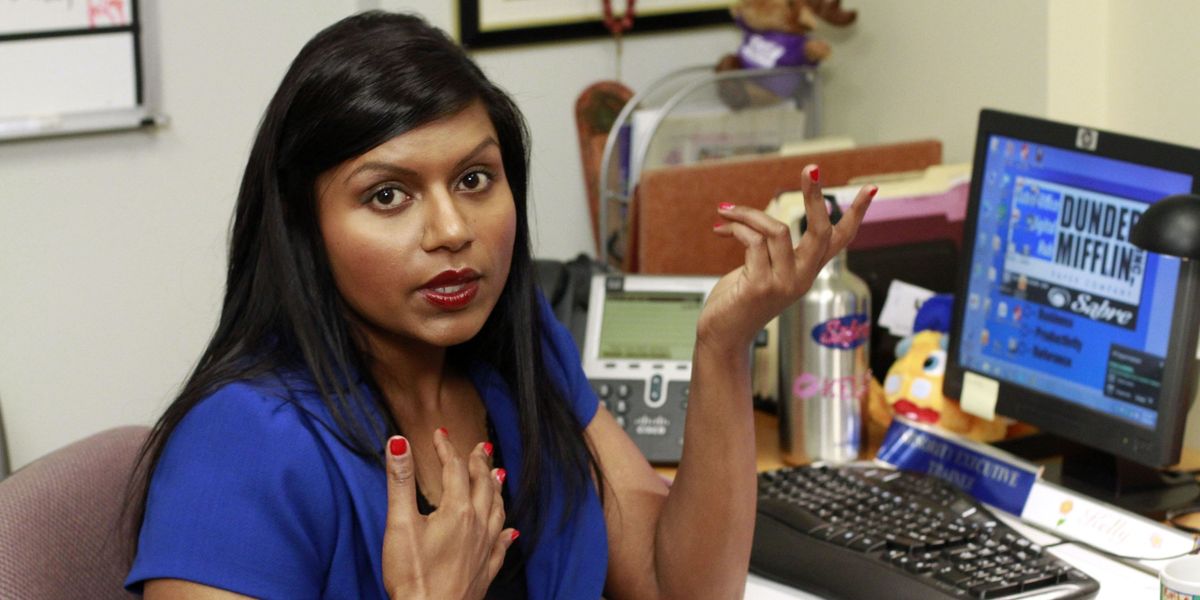 Mindy Kaling Says The Emmys Tried to Discredit Her

Mindy Kaling starred as Kelly Kapoor, one of the most beloved characters on The Office. Her role was one of the reasons it was such a smash hit. However, she also helped make the show what it was from behind the scenes, as a writer and producer.

Kaling opened up in a new Elle interview about how, despite her off-camera contributions, when The Office was nominated for Outstanding Comedy Series she wasn't listed as a producer or writer. The Television Academy explained that there were "too many" producers. However, she was the only member of the production left off the list. She recalled that she was the only woman of color who contributed production.

Wow! Thank you @ELLEmagazine for featuring me on the November cover of the #ELLEWIH issue with such amazing company… https://t.co/1tpLwla0kI
— Mindy Kaling (@Mindy Kaling)1570635105.0

"They made me, not any of the other producers, fill out a whole form and write an essay about all my contributions as a writer and a producer," she told Elle. "I had to get letters from all the other male, white producers saying that I had contributed, when my actual record stood for itself."

After pushing back, Kaling's name was eventually included, though The Office lost to 30 Rock that year.

After the Elle piece came out, the Television Academy responded in a statement published in the Los Angeles Times.

"No one person was singled out," an academy spokesman said. "There was an increasing concern years ago regarding the number of performers and writers seeking producer credits. At the time the Producers Guild worked with the Television Academy to correctly vet producer eligibility... Every performer producer and writer producer was asked to justify their producer credits."

Kaling disputed their account on Twitter, explaining that she's been hesitant to speak about her discrimination because of how much her time on The Office means to her, and because of fear of retribution from The Emmys. But, as she explains, she's no longer willing to gloss it over.

I’ve never wanted to bring up that incident because The Office was one of the greatest creative experiences of my l… https://t.co/Ur8n5hrJsy
— Mindy Kaling (@Mindy Kaling)1570648115.0