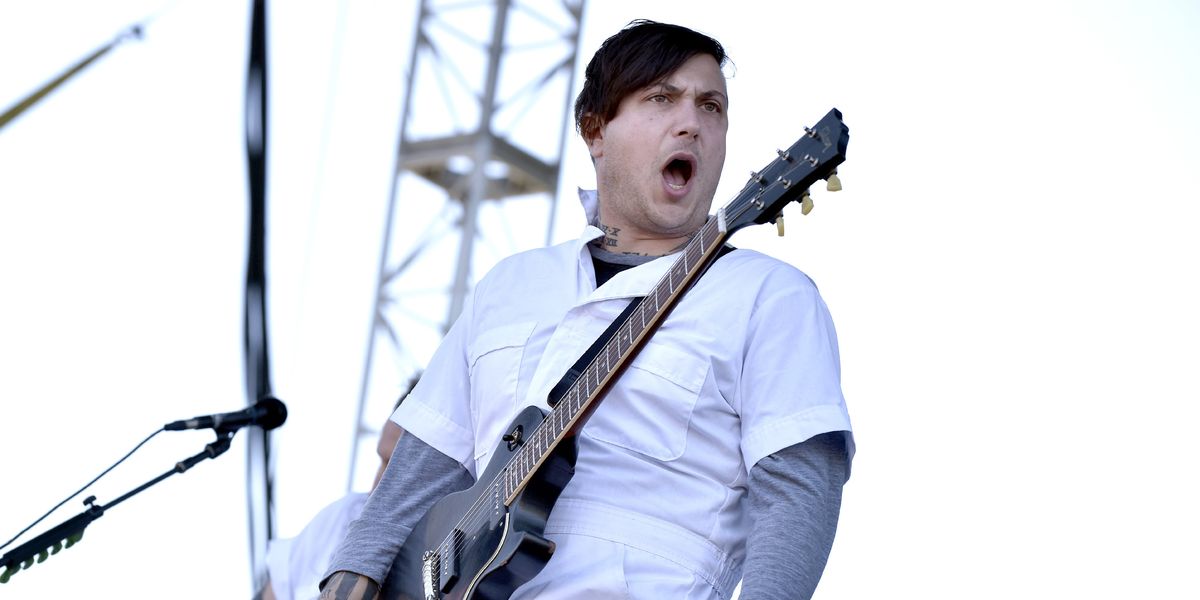 Remember when Joe Jonas supposedly blew up My Chemical Romance's spot about a rumored band reunion? Well, turns out it's definitely not true, and MCR's Frank Iero has some words for Jonas.

Last month, Jonas and his brothers — Nick and Kevin — went on UK KISS FM's Breakfast show to talk about their own reunion, new music, and more. During the interview though, Jonas couldn't help but spill "some dirt" on MCR, telling the hosts that the legendary Emo band were supposedly "rehearsing next to us in New York recently."

Related | Joe Jonas May Have Leaked a My Chemical Romance Reunion

"I thought they broke up, so I don't know," Jonas said — a statement that launched a flurry of #20ninescene-related speculation.

That said, it appears as if Jonas' intel was bad, as MCR guitarist Frank Iero was quick to squash the rumor via an interview with the Asbury Park Press — though he did joke that anything was possible seeing as how he "survived a bus accident."

Not only that, but Iero also apparently spoofed Jonas' comments via Instagram earlier this month.

"I got a little dirt for you. A little scoopy poop," Iero joked. "Apparently, the Ramones are playing down the hall from us in Moscow. Thought those guys were supposed to be dead or something. Don't know what that's about."

i can’t with frank anymore pic.twitter.com/2SEU81CBwV

However, Iero now has some harsher words for Jonas. While appearing on the Zach Sang Show yesterday, Iero said that he didn't get "why you would do an interview about your band and talk about someone else's band."

"I think they're trying to rebrand their band as a real rock band and they're trying to mention as many rock bands and trying to get, like, synonymous with other things," Iero continued. "And people aren't gonna forget that you're a Disney band, bro. Sorry, it's not gonna happen."