Every year on Thanksgiving weekend, 20 or so of the world's most glamorous young women converge on Paris for le Bal des Débutantes (commonly referred to simply as "le Bal"), the most high-profile debutante ball in the world. While some balls allow parents to sign up their daughters to participate, debs must be invited to be presented at le Bal. There are girls from every corner of the globe and always representatives plucked from the highest-profile dynasties of Hollywood entertainment, Chinese business, European aristocracy and Indian royalty.

Le Bal was started in 1994 by French publicist Ophélie Renouard as a modern take on the traditional debutante ball. Renouard explains that the girls who are invited to be presented "are good students, concerned with charity and, of course, they love fashion!" Fashion plays a prominent role at le Bal, with each deb dressed in a couture gown made just for her (some couture houses loan gowns to the debs while other girls buy their dresses). And, in fact, Renouard initially conceived of le Bal as a way to get media attention for these fashion houses. 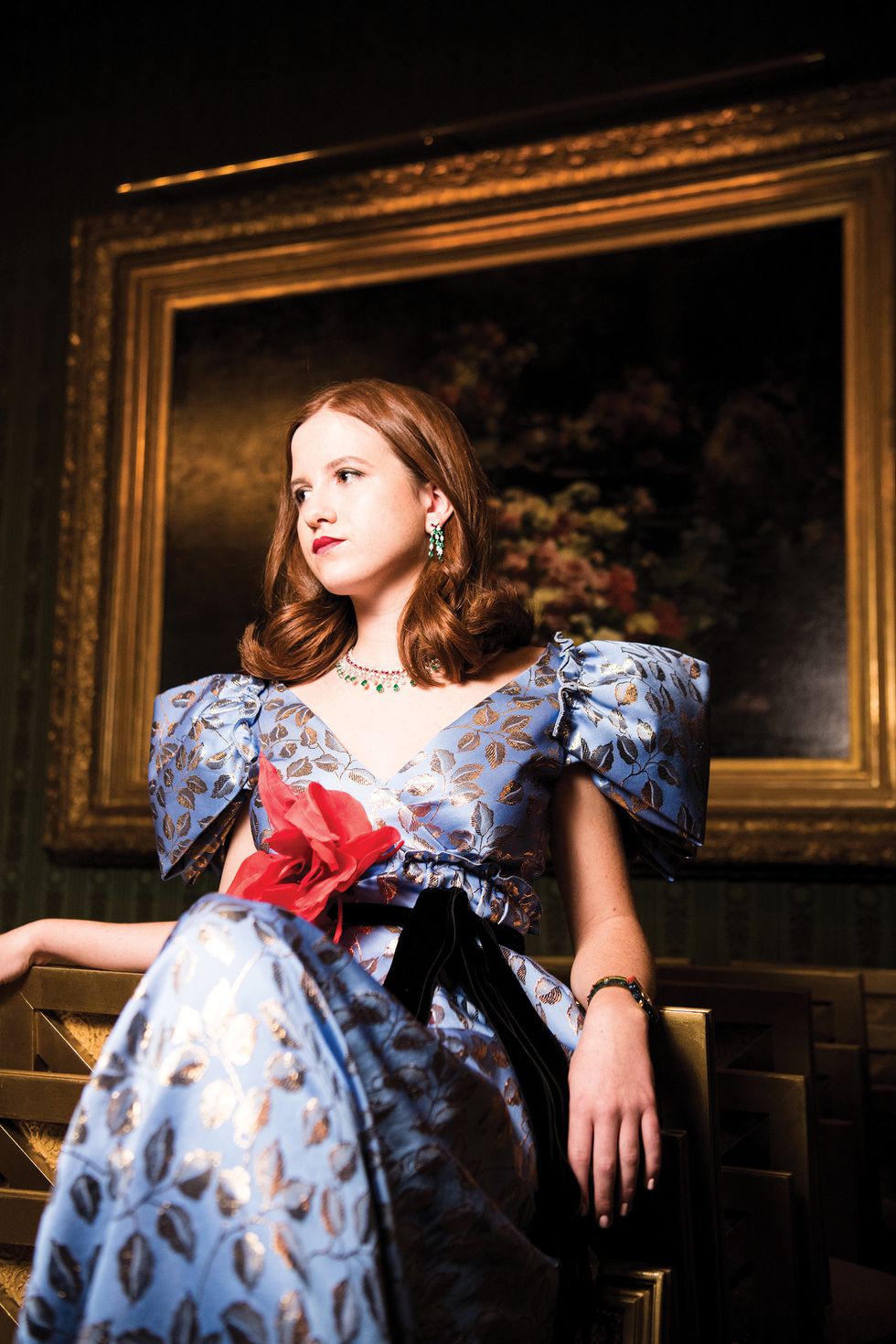 In this day and age of social media stars, Renouard isn't swayed by high Instagram engagement. "I'm more interested in their personalities than their followers," she says. There are debs and cavaliers (the male counterparts who escort the girls at le Bal) from all over the world, but there's a particularly large interest in the USA and China. This year's debs included True Whitaker (daughter of actor Forest Whitaker), Juliet Gordy (granddaughter of Motown Records founder Berry Gordy), Julia McCaw (daughter of US telecom tycoon Craig McCaw), Annabel Yao (daughter of Huawei founder Ren Zhengfei), Baroness Ludmilla Von Oppenheim (a law student from a German banking family) and Countess Gabrielle de Pourtales (a descendent of a French noble family now based in Luxemburg). The cavaliers included the grandsons of actors Gregory Peck and Jean-Paul Belmondo, Prince Mirko of Saxe-Coburg (grandson of the King of Bulgaria), Prince Dinis of Braganza (son of the pretender of the throne of Portugal) and Count Gaspard de Limburg-Stirum (grandson of the late Isabelle, Countess of Paris).

2018 also saw the highest-ever number of Indian debs at le Bal, with three young women making their debuts and following in the footsteps of fellow countrymen and women like the Maharajah of Jaipur, who was a cavalier last year, and Isha Ambani, who attended back in 2012. 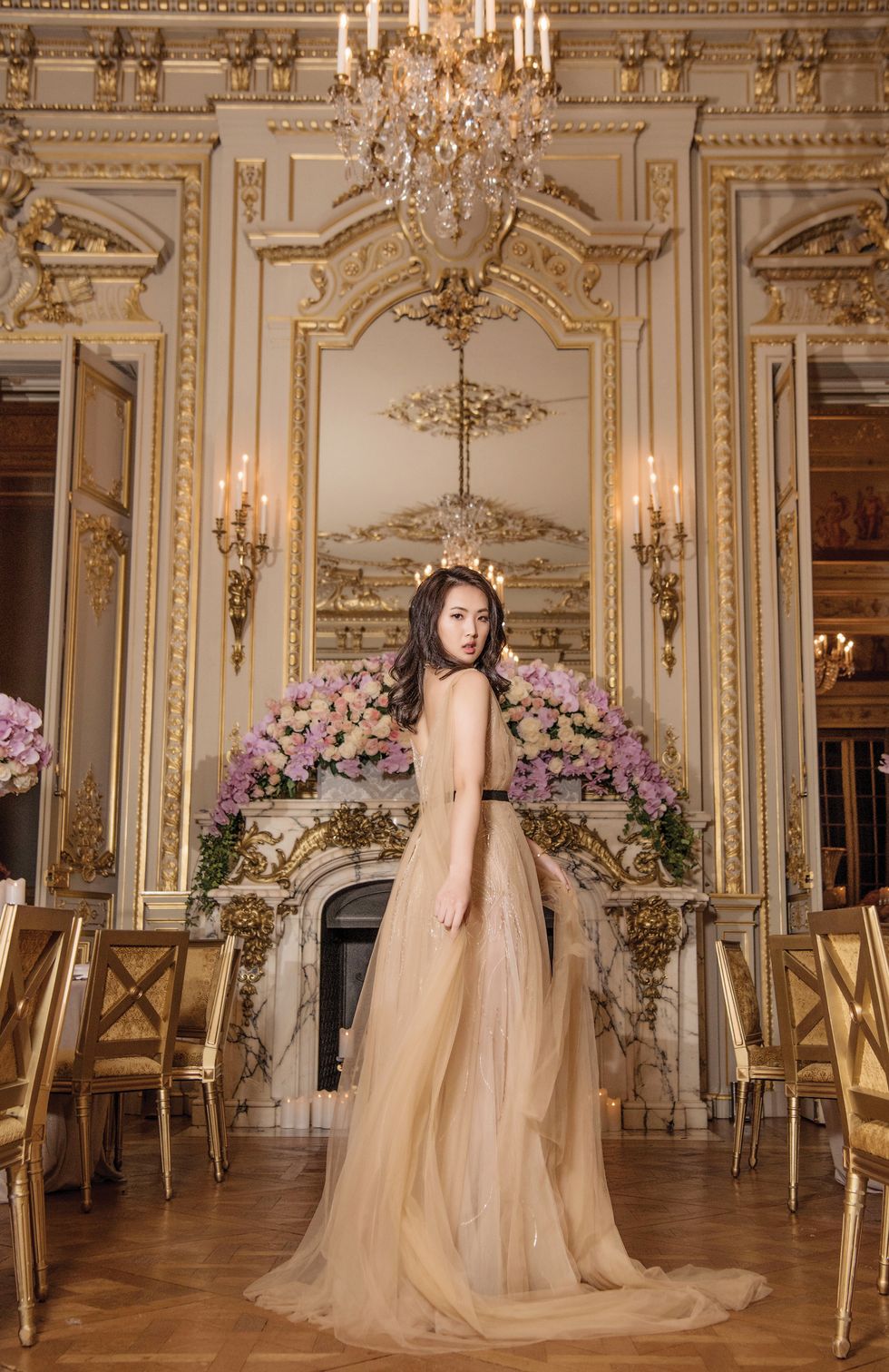 In the trio was Shloka Birla, the daughter of Yash Birla, one of India's most successful industrialists/philanthropists. The Mumbai native wore a backless, heavily embroidered gown by Indian couturier Manish Malhotra. "From the start, the everlasting impression I got of le Bal was prestige and respect," she says, adding, "Could a girl ask for anything more when she makes her debut?" Shloka writes poetry in her spare time and had a — no pun intended — ball at le Bal. "The ball did get me nervous, but at the end of the day it was really fun because the people surrounding you made it that way."

There was also Princess Ananya Raje Scindia, 16, whose father is the Maharajah of Gwalior and a member of parliament for the Congress party. She wore a dress by the Indo-French brand Lecoanet-Hemant. "It was inspired by the microscopic images of butterfly wings," she explains. "I was a part of the design process from day one. It took a whole year to create." Currrently a high school student in New Delhi, her dance partner was her handsome brother Prince Yuvaraj Mahanaryaman Scindia. "Neither of us had ever done the waltz before, but it was a fun experience and we managed to keep ourselves entertained with our silly jokes," she says. 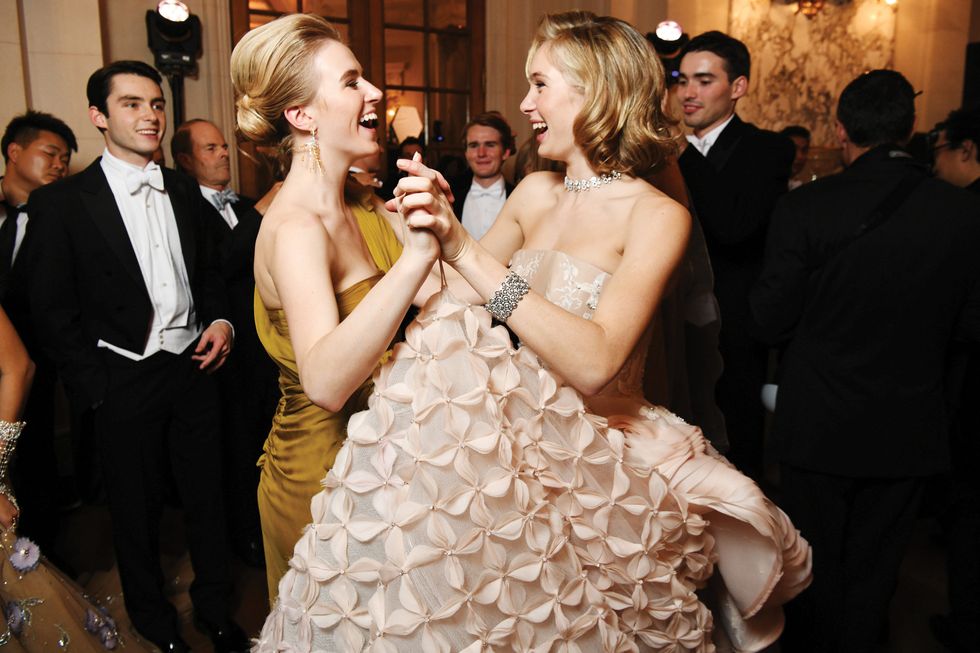 Finally, there was Aria Mehta, the daughter of le Bal's official jeweler Payal Mehta. Aria is of Indian descent but was born in the US and raised in the UAE. She still lives in Dubai, where she's finishing her last year of high school. She has wanted to be presented at le Bal for some time. "Since I was 13, I have wanted to make a debut because I remember my sister having so much fun and meeting such amazing people when she made her debut at le Bal," she says. Dressed by the Lebanese couturier George Hobeika, Mehta says the ball lived up to her expectations. "This was definitely the best weekend I've ever had," she says.

It's comments like these that mean Renouard has done her job well. "We do our very best to create this weekend of magic in their lives," Renouard says. "Some of them still remember it many years later and ask for their own daughters to be invited." 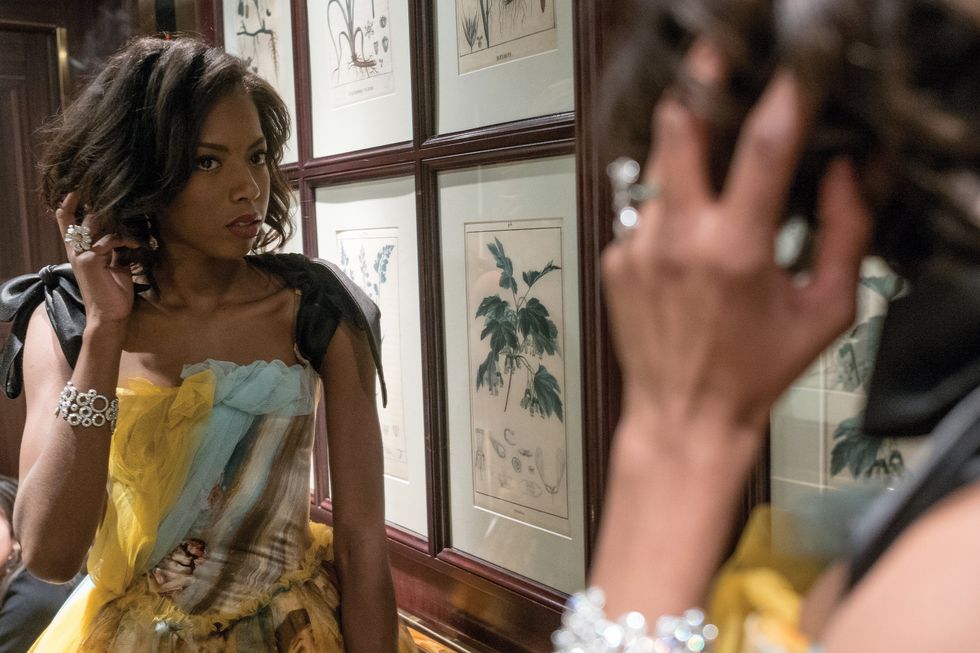