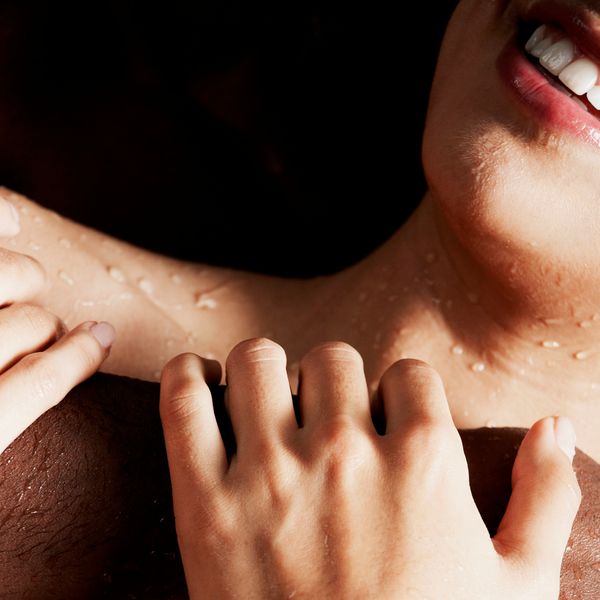 In the wake of Time's Up and #MeToo, entertainment industry standards are slowly, but surely, changing. However, one under-recognized facet is the conversation surrounding the concrete codification of systems meant to keep performers safe in a workplace that often requires them to act out intimate scenes — and that's precisely where Intimacy Directors International (IDI) comes in.

On the most basic level, the easiest way to explain intimacy direction is by comparing it to something like stunt coordination. However, in addition to looking out for actors' physical safety, intimacy directors also aim to prioritize the emotional health and well-being of actors, especially when it comes to the handling of intimate sex or hookup scenes, which have a much greater chance of being triggering situations and/or mishandled by production.

After all, as IDI Managing Director Jessica Steinrock — who's worked on shows such as TNT's Claws and Hulu's Little Fires Everywhere — reiterates from personal experience, sexual harassment within the industry has always been "rampant" and "constant."

"It was really frustrating," Steinrock recalls, though she adds that it's an unfortunate experience many female actors and comedians are all too familiar with. After all, while women in the industry have long whispered about the power dynamics at play for years, there was never really a unifying conversation until #MeToo and Time's Up happened, let alone a way for people to "come together and realize that their experience is not an isolating one."

Yet despite the ubiquity of intimate scenes within Hollywood films, no one really advocated for actors within this realm before IDI. So naturally, when Steinrock initially met IDI Founders Alicia Rodis and Tonia Sina through her connections in the fight direction world, she felt the need to join — though the fact she had to meet them through her connections at the Society of American Fight Directors (SAFD) brings up another interesting point. After all, despite also being a relatively new profession in and of itself, fight direction is a near-ubiquitous presence in mainstream Hollywood, unlike intimacy direction and coordination.

"We as a culture are only just now prioritizing mental health as something that's just as valuable as physical health."

So then why has it taken so long for us to catch up in terms of providing intimacy coordination, especially as it's, arguably, just as essential to a performer's overall well-being? Well, as Steinrock puts it, "We as a culture are only just now prioritizing mental health as something that's just as valuable as physical health."

Which then brings us to our next question: What exactly, on a concrete level, does the job of an intimacy director entail? There are several important components but, first and foremost, Steinrock says the primary job is to act as an actor advocate. Additionally, they can also, in tandem, aid in the choreography of intimate scenes and help with an overall restructuring of the rehearsal room, so that actors feel empowered enough to set boundaries and limits.

"For a lot of years, I mean, since the inception of performance and theater, there have been lots and lots of power dynamics at play that can sometimes prevent actors from feeling like they're allowed to declare reasonable boundaries to the work that's being happening," Steinrock explains. "An intimacy director's job is to help be an advocate for those boundaries and help problem solve and navigate through strong, strong systems of power within the entertainment industry, so that everyone comes out on the other side feeling really good about the product that they've created."

That said, doing this sort of broad, industry-wide restructuring is easier said than done, especially when we're talking about a business that, at times, feels like it's still grappling with the concept of workplace sexual harassment to begin with. Which is why, on a base level, IDI tries to make their advocacy crystal clear via their five pillars, including the facilitation of consent, communication with production, and comfortable choreography, as well as providing context surrounding the scene's place in the narrative and support in terms of actor closure, so that performers can separate the characters from their real lives.

Again, extremely necessary, if not long overdue work. However, according to Steinrock, it may take a little more time until intimacy is on the same level as fight direction in terms of mainstream production presence, especially since their main priority at the moment is ensuring that everyone they accredit is qualified.

"The demand for this work is really high, but there's not a lot of us right now," Steinrock says, explaining that it takes a while to ensure that trainees are properly equipped to do this work. "A lot of our attention is turned to training new people, but trying to do that in a way that is mindful of the growing need without sacrificing quality, right?"

But this also shouldn't come as too much of a surprise given the amount of training aspiring intimacy directors have to go through in order to become accredited by the IDI. Primarily achieved through participating in a series of workshops, IDI starts people off with shorter, foundational workshops before immersing them in an intensive, up-to-nine day course that, according to Steinrock, has you, "very much on your feet, very much looking at the practice, getting it into body, practicing the choreography, working through systems of power, all of those things that go into this work." And if they make it through this initial stage, trainees are then shuffled into an apprenticeship program with a working professional in the field — after which a case-by-case determination is made about the individual's readiness to dive into the trade.

"There are so many systems of power at play that are quite literally built to stifle, and silence, and isolate."

In lieu of becoming an intimacy director yourself though, Steinrock says there are many other ways folks in the entertainment industry can help, including doing research into who's being hired and supporting budget lines that include this work.

"There are so many systems of power at play that are quite literally built to stifle, and silence, and isolate," she says, though she later adds that intimacy direction also has the potential to change these established systems. "I see this being just as prevalent as someone who wants to be a dance choreographer or someone who wants to be a fight choreographer," she says. "Intimacy direction is going to become a really integral component of any kind of entertainment landscape, [especially as] actors start to declare their rights."

After all, as she argues, if "they are going to jump off a building, they have a right to say, 'Hey, I'd like an expert to look at the harness that's keeping me safe.'"

"So if they're going to do a scene of nudity, they have a right to an expert who is going to make sure that the proper rules are being followed, that they have an advocate on set, that they're not violating any protocols, and that they're being safe," Steinrock concludes definitively. "And that's what we're trying to do."