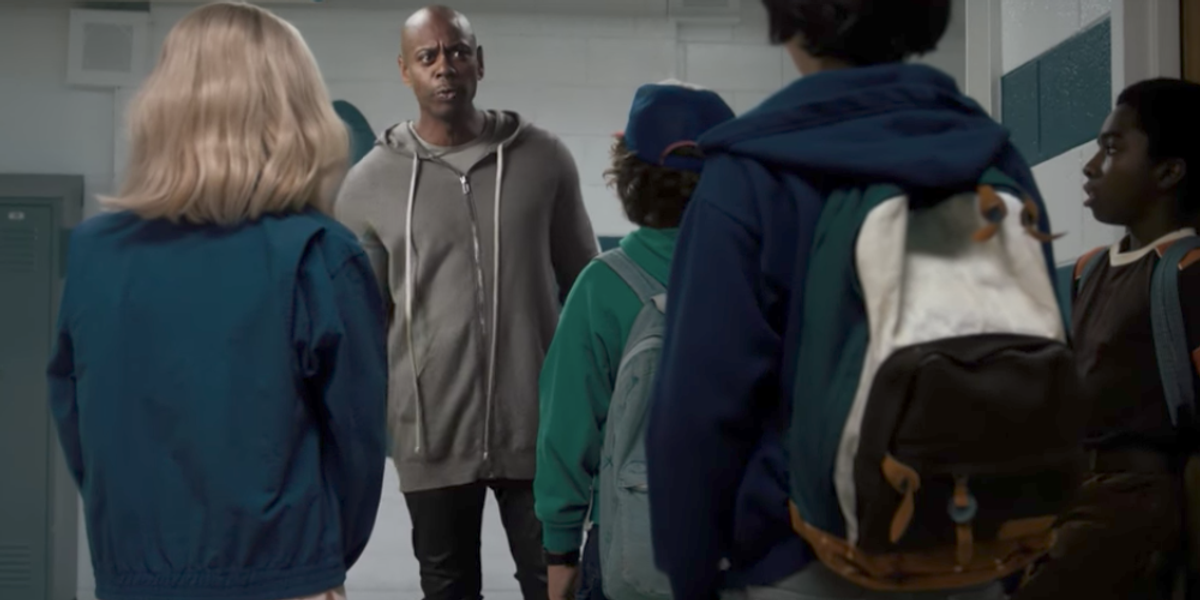 In a new ad for the streaming service, Netflix played the game of combining its worlds. Dave Chappelle and Chris Rock pop up in the Stranger Things universe where they encounter a Coke can-crushing Eleven (Millie Bobby Brown), while Jerry Seinfeld counsels Frank Underwood on House of Cards. Ellen Degeneres speaks to The Crown's Winston Churchill, and Chris Rock appears again in a scene from Orange Is The New Black. Made by LA-based creative shop Battery Agency, it's cross-promotion at its best and we can't lie and say we didn't enjoy it.

Netflix is on a roll, as it's set to release the comedy specials of heavyweight stand ups Seinfeld, Rock and DeGeneres (Chappelle made a reported $60 million from the two specials he released with Netflix, which also aired a special by Amy Schumer). The platform's original content has also done exceedingly well in recent years, leading us to wonder if the streaming giant will one day take over all aspects of distributing the culture, God help us, just kidding. (Right?)