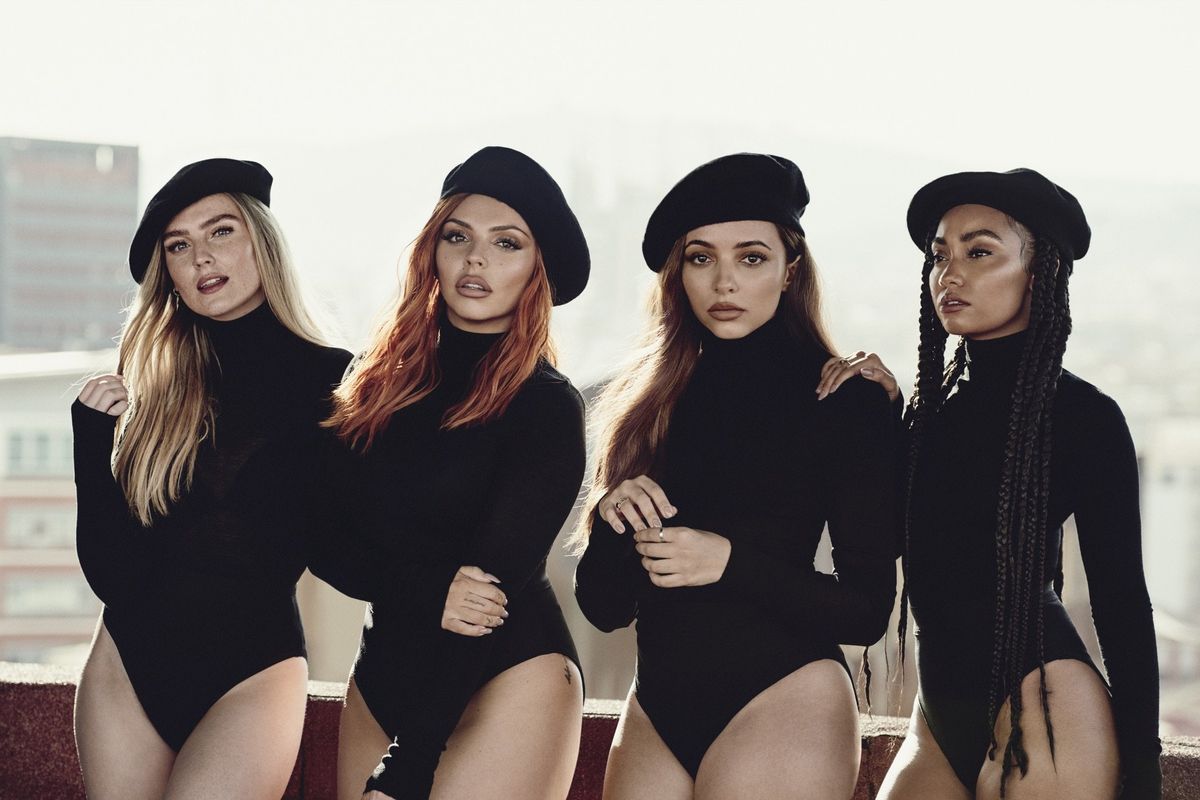 Mariah Carey's Caution is out today, and it's a freewheeling collection of bops from a legacy artist with nothing to prove and nothing to lose. Armed with that attitude, among the effortless tunes is "Giving Me Life," a six-minute soulful collaboration with Slick Rick and Blood Orange, who produces the track. "You're giving me life and it's everything," Carey seductively croons over a crisp, horn-filled arrangement with a spare beat. Several songs on Caution have a decidedly retro-soul feel, including this one, from the sound to the lyrics ("Thinking bout when we were 17"/ "Feeling myself like I'm Norma Jean"). A smart and sincere verse from Slick Rick, who, earlier this month, released his first song in 10 years, helps make "Giving Me Life" feel familiar, like a long-lost friend you can pick up where you left off with. And Blood Orange's Dev Hynes concludes the nostalgic opus with a bluesy coda similar to his lovingly composed work on Negro Swan. Finally, there's Mother Mariah at the center of all the feels, a presence both grounded and ageless. "Giving Me Life" is eternal.

Anderson .Paak's new album Oxnard is out today, and it continues to elevate the highly conscious rapper's sophisticated blend of funk, soul, and satirical lyricism. On an album brimming with A-list collaborations, from Aftermath labelmates Dr. Dre and Kendrick Lamar to Pusha T and J. Cole, to name a few, it doesn't rely on them to carry the album. "6 Summers" is a shining beacon of .Paak's solo power. Over a mystical funk arrangement from the Gil Scott-Heron playbook a la "The Revolution Will Not Be Televised," .Paak directly challenges the Trump administration, from his lovechild ("I hope she buckwild/I hope her mom is El Salv") and warmongering via Twitter to immigration policy and gun reform ("Pop, pop, pop goes the shooter/ Reform, reform should've came sooner"). When he says "this shit gon' bang for at least six summers, and not much gon' change for at least three summers," it's an ominous warning of re-election we must heed. And while that may not sound optimistic, "6 Summers" calls for revolution as the catalyst for real change. It's time to light some shit up.

Little Mix, a four-piece girl group who have always prioritized women's empowerment messaging, returns today with their fifth album, suitably named LM5. The resulting collection is arguably their most uplifting batch of songs yet. And oddly enough, everything from the album's production to the catchy hooks-upon-hooks feel primed to make an overdue stateside crossover for the British superstars. "Strip" featuring rapper Sharaya J, is one of many certified bops to be enjoyed on LM5. It features production that you don't quite see coming, starting with a cappella verses with sassy lyrics about leaving the house sans make-up and turning themselves on. The beat, comprising finger-snaps, snake-charmer harmonies, and deep bass drops, creeps in and out focus so the vocals primarily take center stage. It's as exciting as a blindfolded strip-tease, but Little Mix wisely subverts the overdone male-gaze trope by making "stripping" a self-empowering double entendre. What's more exciting than leaving the house feeling sexiest in your own skin?

The much-hyped City Girls releases their second album this year with Girl Code, and prove that they more than live up to the hype. "Twerk" is a high-octane, retro-rap banger that fulls influence from female veterans of '80s rap and New Orleans bounce. But of course, Cardi B and City Girls' infectious energy is all quintessential New York swagger. What's not to love?

Normani takes her next step forward as a solo artist with 6LACK. The two collaborate on "Waves," an atmospheric new single featuring the duo's smoldering vocals, and a supremely persuasive Normani, even as she sings about the tidal ups and downs of a relationship. Plus, that hook is money. "You come in wa-a-aves," she sings, emotive but almost knowingly detached, as if predicting untold treasures bound to wash ashore.

Jennie, singer from popular K-pop group, BLACKPINK, is ready for her close-up, as evidenced in her confident, on-the-nose debut track, "Solo." She sings in Korean and English on the song, which is anchored by a looped and high-pitched whistle and a spare electro beat that is sure to have crossover appeal with clubgoers, K-pop stans, and Top 40 devotees alike.

Jarina De Marco's newest track, the vogue-inspired "Face" makes the list, yes, for being a major bop, but also, for its bilingual message of inclusion, a theme she's continuing to explore with each release. As she tells PAPER in the song's premiere today, "Face" is "a selling point of confidence that doesn't focus on what the rest of you looks like. All faces are welcome at the ball." Beat your face with this on and give a twirl, covergirls.

Brooke Candy's "Nuts" is a raucous, punk-inspired track that pulls from the shapeshifter's experience as an artist who always goes her own way. Rapper Lil Aaron matches her buoyant, infectious energy, from whispered verses to shouty choruses written by Jesse Saint John and Sarah Hudson. This track will get you hype, make you feel yourself, and embrace all that's freaky. Go nuts on that repeat button.

Leikeli47 dropped her second album Acrylic yesterday, and we stan a fierce concept album. 47 was inspired by last summer's wild viral incident at the Brooklyn nail salon where a black customer faced discrimination (and actual assault!) from the business' owners. To combat that, she wanted to make a record paying homage to the time-honored tradition of black women communing in safe spaces, such as nail salons. She named it Acrylic as a way to say that once you smell acrylic, you know exactly where you are. "Post That" is one upbeat bop of many on this concept piece, and it fits neatly into 47's ethos of uplifting and inspiring POC to look and be their best selves, walking listeners through the machinations of creating the perfect Instagram selfie. It's a modern message of self-love that has become universally relatable. Now: caption that.

Rising singer-songwriter Lennon Stella releases her new EP Love, me today, and it provides a window to the soul of an artist still reaching her potential. Basically, there's more to see and hear this 19-year-old firebrand. "La Di Da" is one example of a song making a strong case for Stella's talent as a singer and writer. Her smoky voice, and gorgeous, almost piercing falsetto creates a swoonworthy melody is juxtaposed with heavy drums and achy-breaky-heart lyrics. (Think: the best parts of Lorde's catalog.) "Your empty words made for hurting me/ Just before you take it too far..." Stella sings on this track, before exploding into the earworm-y chorus invoking the song title's syllables. You'll not soon forget Stella's palpable heartbreak, or this extremely catchy tune. In that sense, "La Di Da" is the best of both worlds.