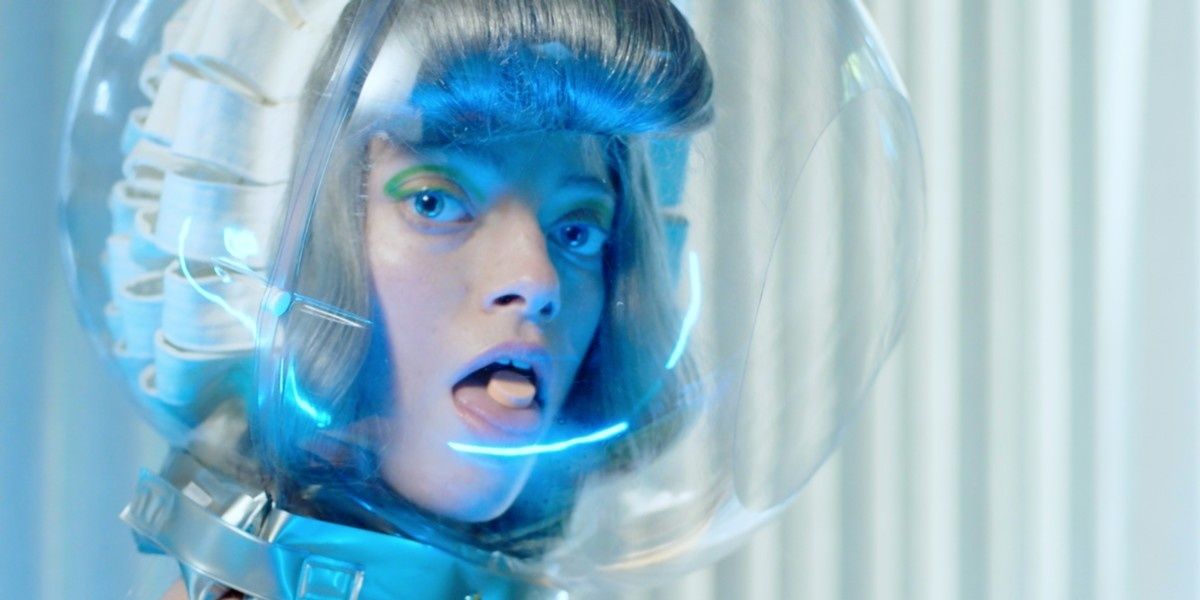 Music videos typically offer escape from reality, but this year was a little different. While we were still able visit Björk's fantasy and Kendrick's cinematic world, 2017 also saw music videos that plunged us deeper into the here and now. We put together a list of the videos you might've missed on either side.

Nnamdi Ogbonnaya is a Chicago-based rapper, drummer, and bassist who has been releasing solo projects since 2010. "let gO Of my egO" comes from his 11th solo release, Drool, which came out this year. The song's bouncy, feel-good energy is perfectly matched by the on-screen doodles and Ogbonnaya's contagious dance moves.

The video for St. Vincent's "Pills" got lost somewhere in the hype of her new album, MASSEDUCATION. Fluorescent pastels and robotic dance moves fuel the dramatization of society's reliance on prescription medication.

Watching Princess Nokia dance around Coney Island (pre-soup incident) feels like the ultimate escape. The video is a hidden gem; she initially deleted it after posting it, which kind of makes it feel more carefree and genuine, like she just recorded the video for fun and didn't care what came of it.

Tierra Whack has been in the game since she was 16, freestyling for the likes of A$AP Rocky. Her latest video takes place in a creepy dentist's office that exists somewhere between the universes of Black Mirror and Twin Peaks. A bloody procedure gives her a monstrous white smile that feels suggestive of our perfection-obsessed culture.

Before releasing in November their excellent debut album, All Belief Is Paradise, Fits teamed up with video and performance artist Molly Soda over the summer to create the mesmerizing video for their 2016 song "CRUSH." The video sucks you into a computer screen within your computer screen, but one with bright and visually satisfying pop-ups you actually want to see.

Tennis - "I Miss That Feeling"