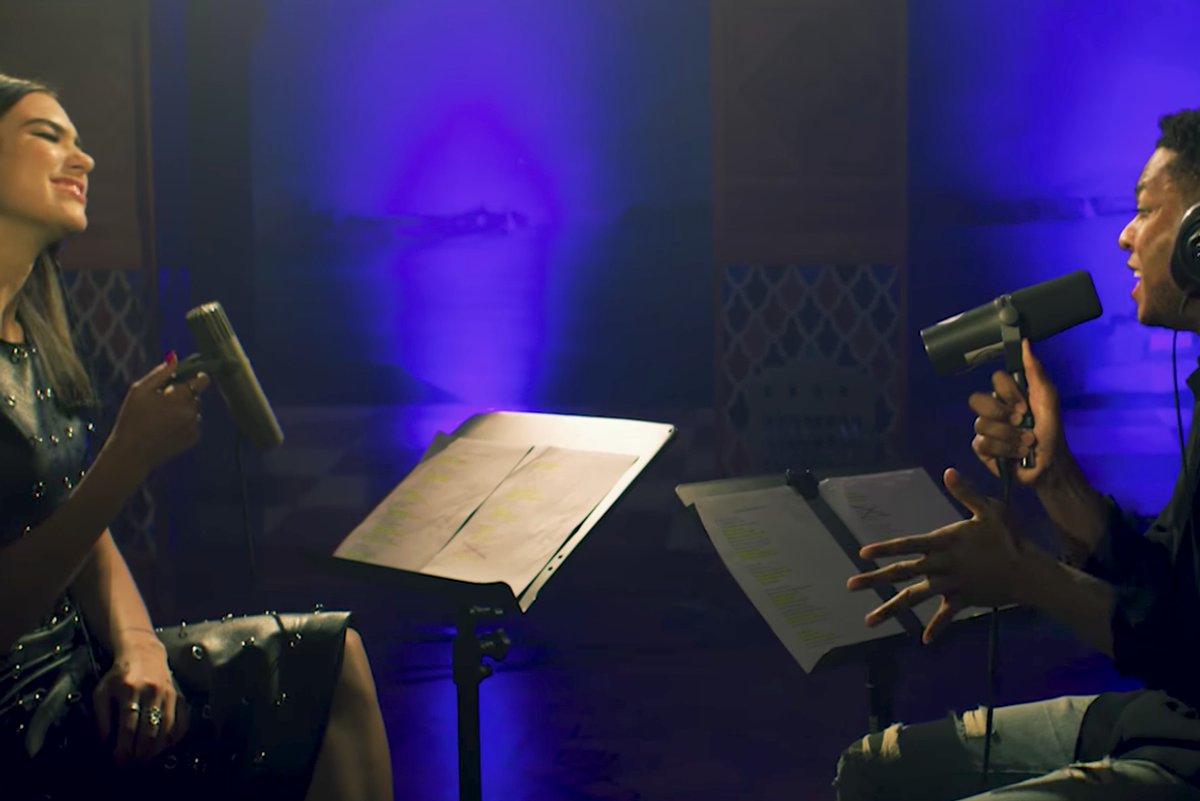 Gallant is knee-deep in his "In The Room" series, which has seen him team up with everyone from John Legend to Sufjan, has now shimmied into the studio with British pop sensation Dua Lipa to pay homage to Amy Winehouse on what would have been her 34th birthday.

Winehouse died at 27 years-old, five years after releasing her timeless and massively popular sophomore album, Back to Black. Dua Lipa and Gallant tackle "Tears Dry On My Own" from the record, and prove the track makes a damn good duet. At the end of the song, Gallant gives us a glimpse of the two meeting for the first time, as well as a sneak peak into their rehearsal.

"I loved working on this song with Gallant, he's so talented," Dua Lipa told The Fader. "I was so excited to have the opportunity to work with him, he's a true artist through and through."