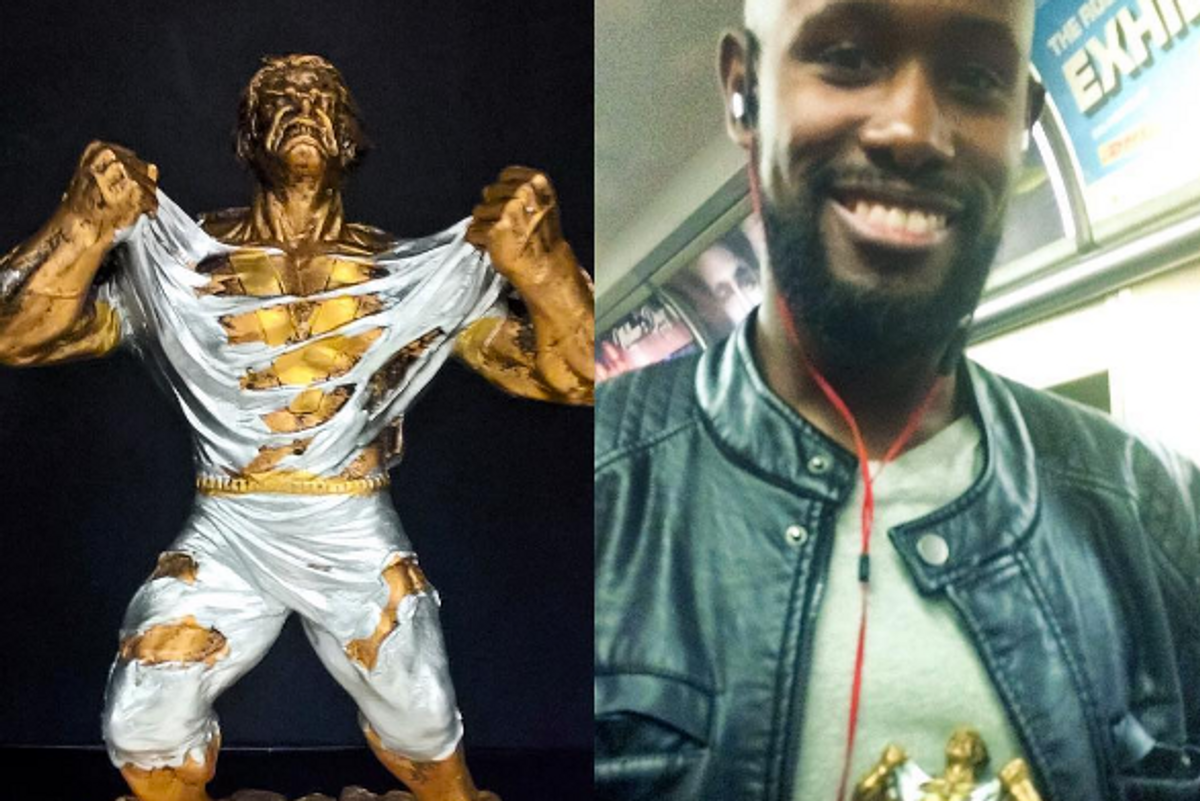 New York city can be a brutal place to feel anything remotely human. It's too hot. It's too cold. It's too crowded. You're legs hurt. You're feet hurt. You're arms are tired from walking four blocks with your groceries then having to stand on the train because you have six inch radius around you before you touch the cheek of the next person.

Imagine all that and then being eight months pregnant. Bleak isn't it? Throughout designer Yvonne Lin's first pregnancy, she was not once offered a seat on the train by anyone who was already seated. Now that she's on her second she wanted to reward who, if anyone, would give up their seat for her. It took eight months, but she made it, handing over a Bronze trophy to "#1 Decent Dude" on the A train today.

Lin told DNA Info she bought a card during her first pregnancy to thank the first man to give up his seat for her, but no one claimed it. This time, she took it one step further with the Hulk statuette.

The recipient, who was looking down at his smartphone and only to see Lin, was a father of two himself. Lin hopes the social experiment will shine a light on subway etiquette.

"If men just gave up their seats the same amount of time or similar [as women], then it would be no problem," she said.