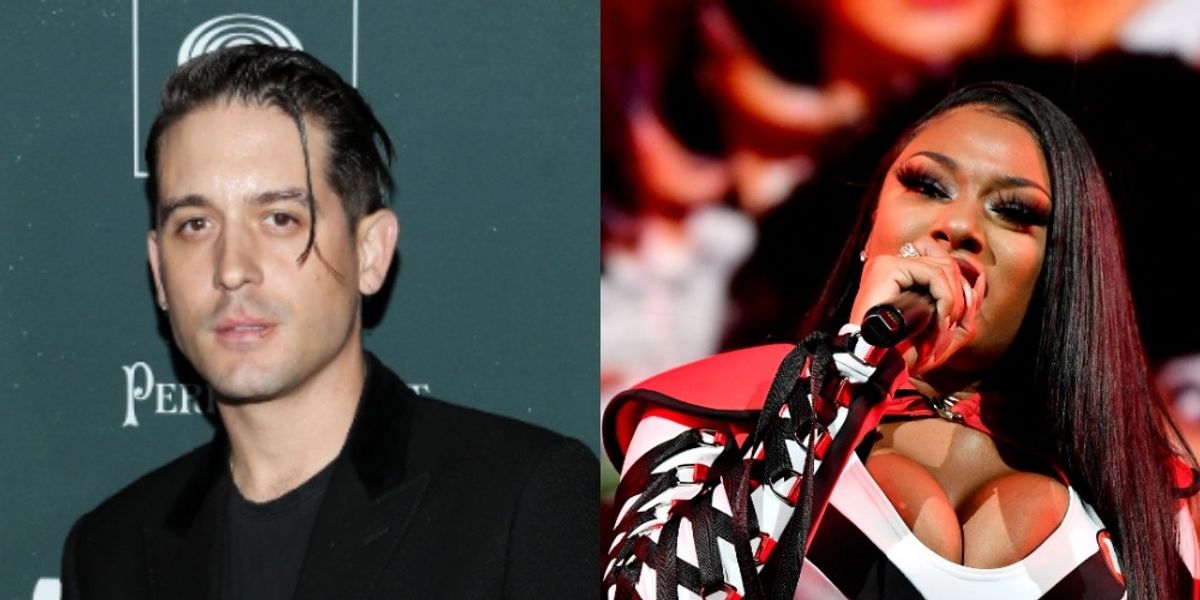 After G-Eazy made things between him and Megan Thee Stallion Instagram Stories-official earlier this morning, posting a video of him cuddling and grinding on her to Roddy Ricch's "High Fashion," some Hotties are finding it hard to face reality. Hot Girl Summer has come to an end in mid-winter.

G-Eazy and Megan Thee Stallion have apparently gotten to know each other pretty well as of late, with evidence cropping up in a recent Twitter thread documenting their affinity for one another. From dancing in the club together to showing love on Instagram, the pair seems to have gotten pretty friendly in 2020. G's recent story, however, appears to take things to a new level.

Some of Megan's stans — her Hotties — are upset to say the least. One stan updates account went as far as to refuse to post the video, responding with memes and videos instead. The account later clarified that they were just trolling, but they don't seem to be the only ones doing so.

Regardless of whether or not G and Meg end up an official item, the post was a pretty clear indication of their relationship evolving into something a bit more intimate than acquaintances. Perhaps they were celebrating Meg's big Super Bowl commercial debut for Sabra hummus, or G's big 1 OAK post-game performance. Whatever the reason, things went from zero to 100 this weekend, with G even reposting a picture of Meg to his grid with four blue hearts as the sole caption. Now if that's not IG official, I don't know what is.