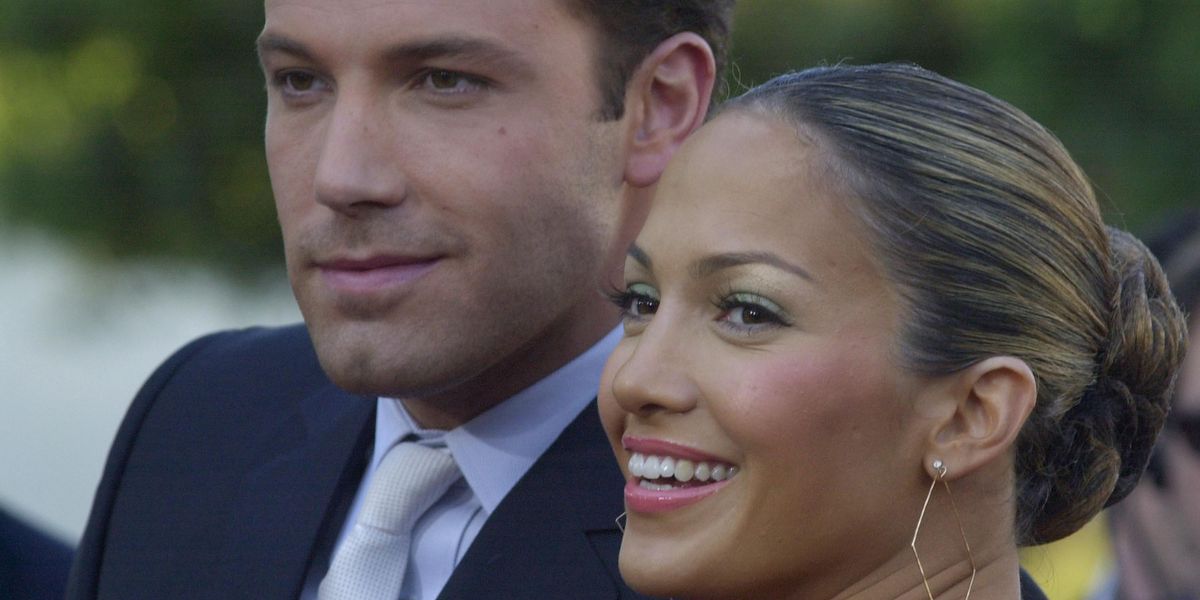 Lopez, of course, is coming off her broken engagement to A.Rod. The couple's announcement that they were going their separate ways was preceded by cheating rumors on A.Rod's side, although the two still appear to be on good terms despite their romantic demise.

After the end of his marriage to another iconic Jennifer, Affleck was most recently dating PAPER fave Ana de Armas, in a relationship that may or may not have been entirely constructed for the paparazzi's benefit.

Now, exclusive Page Six sources say that Affleck has been spotted "multiple times" visiting to Lopez's California mansion. There are no shots of the two together, but apparently, "Security picks him up at a nearby location and drops him off after spending a few hours at her house." Vague, but interesting!

Bennifer at the 2003 Academy Awards

Obviously, Affleck and Lopez might just be hanging out as friends. Affleck actually recently gave some quotes to InStyle about his former girlfriend, all of them very complimentary, as part of a glowing May 2021 cover story.

"I thought I had a good work ethic, but I was completely humbled and blown away by what she was committed to doing day in and day out, the seriousness in which she took her work, the quiet and dedicated way she went about accomplishing her goals, and then how she would go back and redouble her efforts," Affleck told the magazine. "She remains, to this day, the hardest-working person I've come across in this business. She has great talent, but she has also worked very hard for her success, and I'm so happy for her that she seems, at long last, to be getting the credit she deserves."

And even before her break up with A.Rod, he told The Hollywood Reporter's Awards Chatter podcast much the same thing:

"I would say you have a better chance from the Bronx of ending up like a Sotomayor on the Supreme Court than you do having Jennifer Lopez's career and being who she is at 50 years old today. Not that one has more value, but that just on a pure odds level, on a pure hard work, I don't think I've met anybody who worked any harder than Jennifer Lopez."

Affleck of course witnessed that work ethic first hand, when he co-starred with Lopez in their 2003 box office bomb Gigli. Their relationship didn't last long after that, but we've always thought that of all Lopez's engagement rings, her pink rock from Ben was by far the coolest.

Watch this space. Maybe a Jennifer Aniston and Brad Pitt rendezvous next?