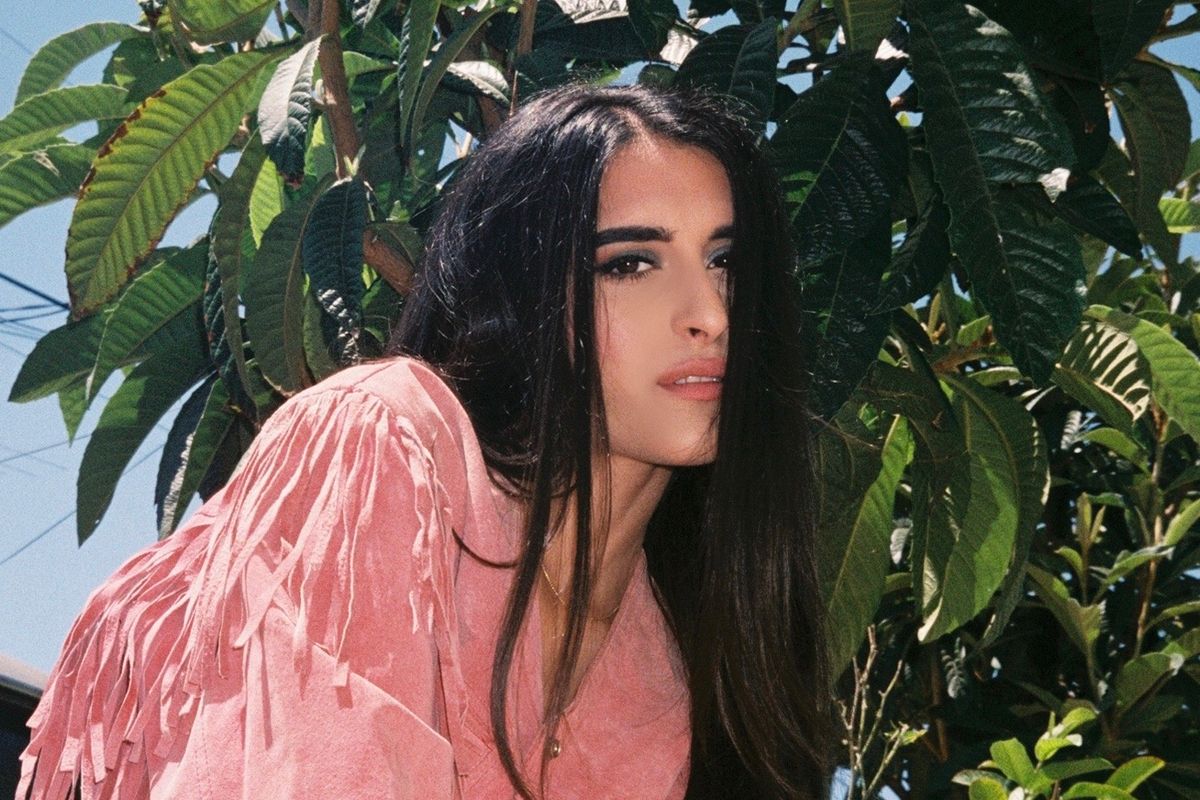 In PAPER's video series for Pride, "Gia's Songs By Boys," Persian pop artist Gia Woods revamps her favorite tracks to resonate with a wider, queer audience. She last took on 112's R&B classic, "Peaches & Cream," and now Woods is set on mid-2000s indie, slowing down a nostalgic hit from MGMT for her second cover.

Equipped with her acoustic guitar, Woods creates an intimate rendition of the iconic party jam, "Electric Feel," stripping back its original instrumental elements and putting her voice on full display. "Plug it in, change the world," Woods sings. "Yeah, you are my electric girl." With seductive trills, breaths and hushed vocals, Woods spotlights MGMT's lyrics.

"I wanted to strip it down to emphasize the lyrics because the production of the original version is so vibey that you don't really listen to the words," Woods says. "The lyrics are so pretty that I wanted to focus on that."

With this cover, Woods leans into "Electric Feel" as something of a classic love song, as it describes its female subject as a goddess with electric power and allure. Woods conveys this perfectly with slowed-down verses, expressing her own desire and longing through each raspy note.

MGMT released Oracular Spectacular in fall 2007. The psychedelic indie-rock album spawned many hits, including "Kids" and "Time to Pretend," but this infectious, groovy track was especially significant to Woods and her sister.

"A lot of my music tastes are based on what my sister listened to," Woods says. "I just remember my sister putting this song on repeat on her boombox. I think it's such a game changer. They were so far ahead of the game. It still feels like it's ahead of its time even listening now."

Watch the second video from "Gia's Songs By Boys," above," and stream Gia Woods' new single, "NAIVE," below.