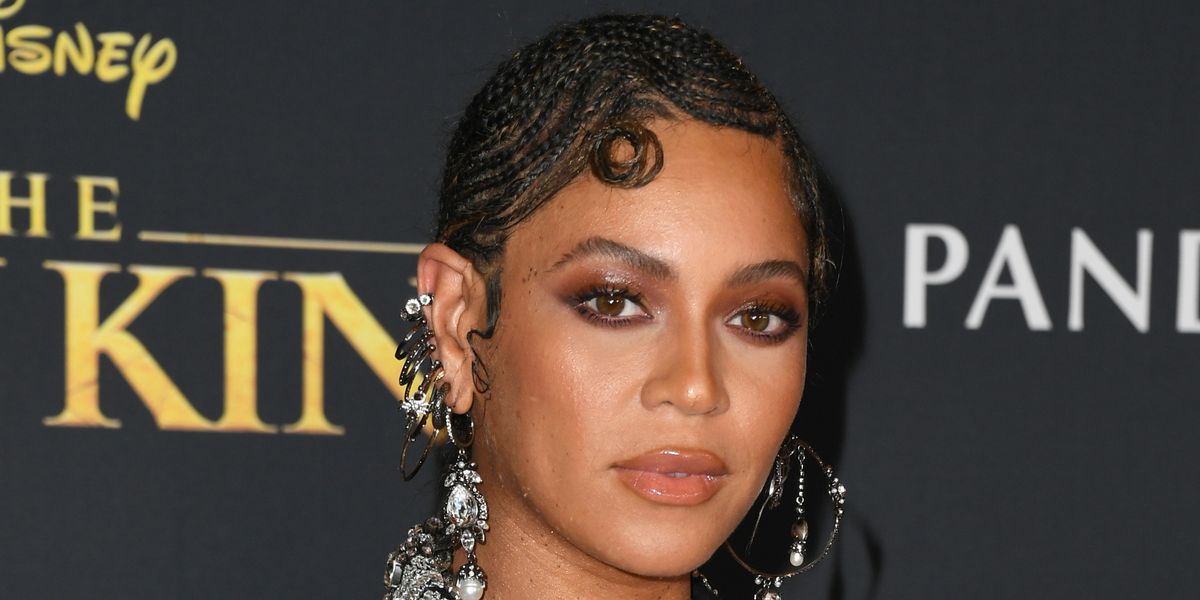 Beyoncé's recent and rare red carpet appearance at The Lion King premiere last night was a moment in of itself. The singer, who lends her voice to the film along with contributing to the official soundtrack, isn't exactly known for making many public appearances.

But the musician made several statements, not just with her stunning Alexander McQueen tuxedo dress but also with finger wave braids.

The skinny side-parted and cornrowed ponytail created by stylist Kim Kimble has been turned into a complete look overnight. But why finger wave? Well, unlike regular braids, for this particular style, Kimble created a sort of curvy S-shaped partition to start with. She then followed up by constructing a series of single braids which were then put together into swirls and pin curls. Lastly, the cornrowed hair was extended down to her waist through a ponytail.

Although not easy to recreate, fans have declared it as the official look for the summer. "Her hair is LIFE," one fan wrote on Twitter.

"Beyoncé said we are doing finger wave braids this summer. Time to grow my hair," another added.

The style has also been widely compared to that of performer and activist, Josephine Baker, who in the 1920s sported the period's popular wavy hairdo.

Meanwhile, daughter Blue Ivy was on the red carpet flaunting a mix of cute hair accessories herself, including a pair of diamond emblazoned scrunchies used to tie up her two long braids.