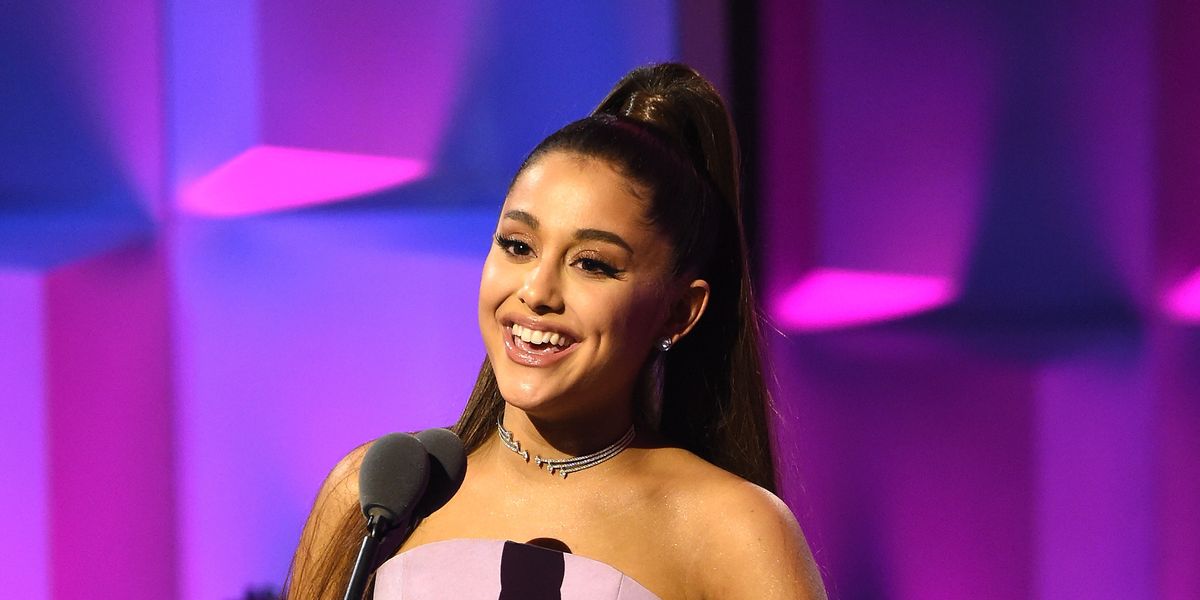 In January, Ariana Grande continued the long-established white person tradition of messing up a kanji tattoo. She'd intended to ink the title of her hit track "7 Rings," but after cutting a couple of characters accidentally ended up with the actually-kind-of-charming phrase "Japanese barbecue grill" carved onto the palm of her hand instead. Then she tried to fix it, with an amended design that unfortunately read "Small charcoal grill, finger." It was a stressful time for everyone, presumably Grande most of all. But how did the singer's Japanese tutor, Ayumi Furiya, feel? The Cut got the scoop today.

Furiya, it turns out, isn't mad at all. In fact, she's proud that her student of — wait for it — four years gave the tricky lettering a go. Yep, Grande first enlisted Japanese tutoring services in 2015, after visiting Japan and deciding she wanted to connect with fans there more easily. I find this is endearing, and Furiya does too. "It's not necessary for her to learn Japanese — she just really wants to," she said. "I appreciate that. It makes her Japanese fans so happy."

Grande's tutor shared that the singer didn't consult her prior to getting the first iteration of her failed "7 Rings" tatt. "After the tattoo, though, many of my students told me about the news, so I started to text her," Furiya explained. "With three kanji characters, sometimes you can drop one character, but unfortunately she had to have the middle character."

The two went on to discuss possible solutions, with Grande eventually deciding to add the missing third character in the spot below her first tattoo. Even though this wouldn't make grammatical sense, Furiya gave her blessing, saying she "really liked" the design concept.

She also explained that Ari isn't technically at an advanced enough language learning level to use kanji in the first place, although she has memorized all 46 letters of the hiragana alphabet — a slightly simpler component of the Japanese writing system.

Furiya, a paragon of kindness and understanding who I am now completely obsessed with, is hopeful that Grande's efforts to learn Japanese inspire others, rather than make them think twice about delving into foreign cultures:

"I am so, so mad that many people are making fun of her. I don't want this to stop anyone from being motivated to learn another language."