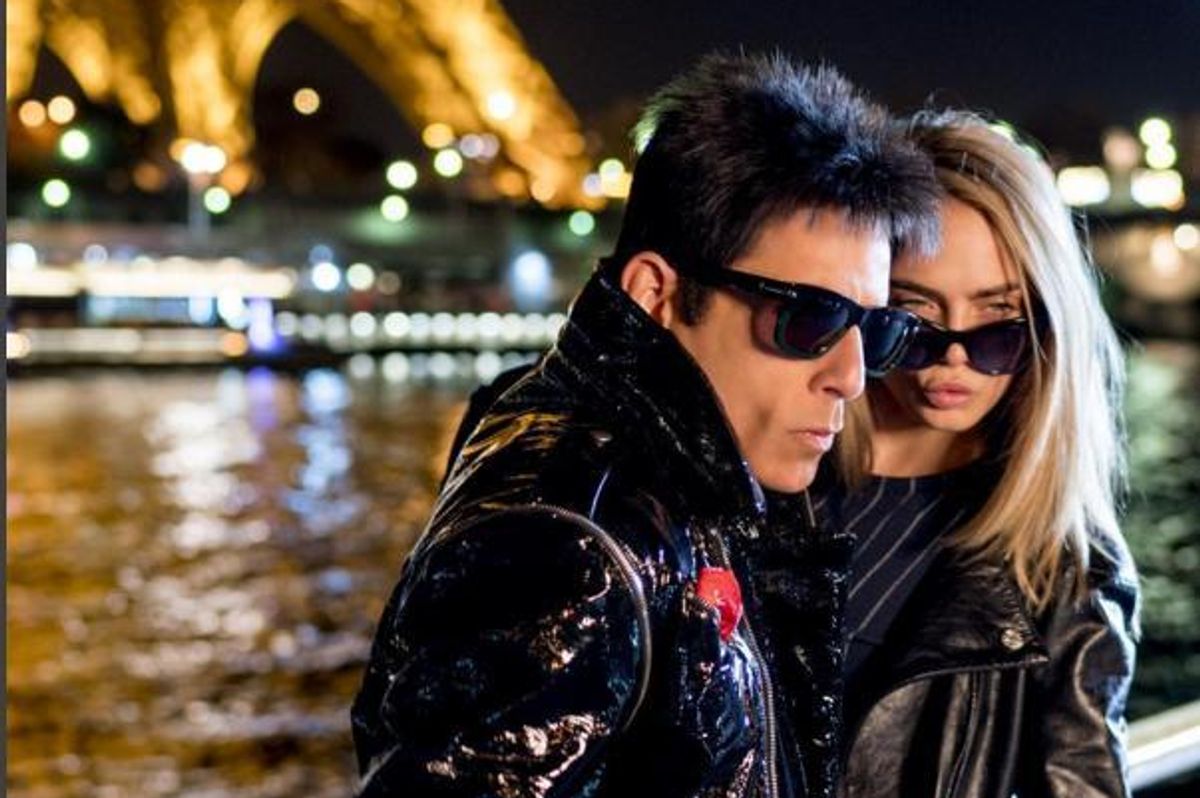 Derek Zoolander and Cara Delevingne Had a Walk Off

But could they turn left?

Derek Zoolander vs. Cara Delevingne. It's a #WalkOff. #Zoolander2 https://www.instagram.com/zoolander
Posted by Zoolander 2 on Friday, January 29, 2016

It's been a big week for celebrity feuds, but the Kanye-Amber Rose Assgate pales in comparison with the fashion world's most fierce rivalry: Derek Zoolander and Cara Delevingne.

The two really, really, ridiculously good-looking models threw down in a Walk Off under the glow of the Eiffel Tower. You know the rules: first model walks, second model duplicates and elaborates. Both of the challengers -- who are so hot right now -- brought their A-game and overcame their habitual Walk challenges, with Zoolander skillfully executing a smooth left turn.

While the competition was fierce, we all know that there's a thin line between love and hate. At the end of the battle, the pair was seen flaunting their best Blue Steels over glasses of champagne. Zoolander even shared a shot of an extremely intimate moment between himself and Delevingne, referring to the young star as "so sprung".

Though the couple appeared pretty cozy, Zoolander later reported that Delevingne rejected his proposal of marriage, insisting they were "never in a relationship." The volatile, three-hour romance proved just how combustible the meeting of genius can be. Nevertheless, Zoolander offered a beautiful eugoogly for the short-lived love, telling Delevingne: "You were too old for me anyways."

Guys. Over the course of my 3 hour relationship with Cara Delevingne i learned a lot about myself. I learned a relationship is like a beautiful bird. If there is love, it can take flight. But if the bird is caged, it begins to feel trapped, like as if it was in a cage. but then if someone is calling that bird “more washed up than a russians blue jeans" or “dumber than brie", then the bird gets it's feelings super hurt. But then if the bird tries to get one last french kiss goodbye, and the girl punches him right in the beak and then hits the bird with his selfie stick (which you can pay me for ANYTIME), then thats lame to do to the bird. THEN! THEN! She gets the bird in a half nelson and threatens to get a restraining odor, that's super lame. Then she nearly broke the birds ARM! Which REALLY-REALLY HURT CARA!!!! Like you could have broken the birds WING! Anyway… I WILL triumph in all of this. Our relationship ended as it began. With all love, respect and now a deep mistrust for cara delvigne. Whoever that is. Call me when you get a modeling career. I could have HELPED YOU. You were too old for me anyways. Now I know everyone has my back, and the last thing I want is a flame war on my insta. I dont need the negativity. Like I said, it's all love. But if you wanted to go hate on HER insta and leave comments on what a HUGE mistake she just made, and tell her I'm totally happy and never think about her all the time and am probably out boning liek a million models already here in Paris. Please feel free to do that. #Namaste. Switching my Raya location to #ROME tomorrow. See you soon @penelopecruzoficial 😘.