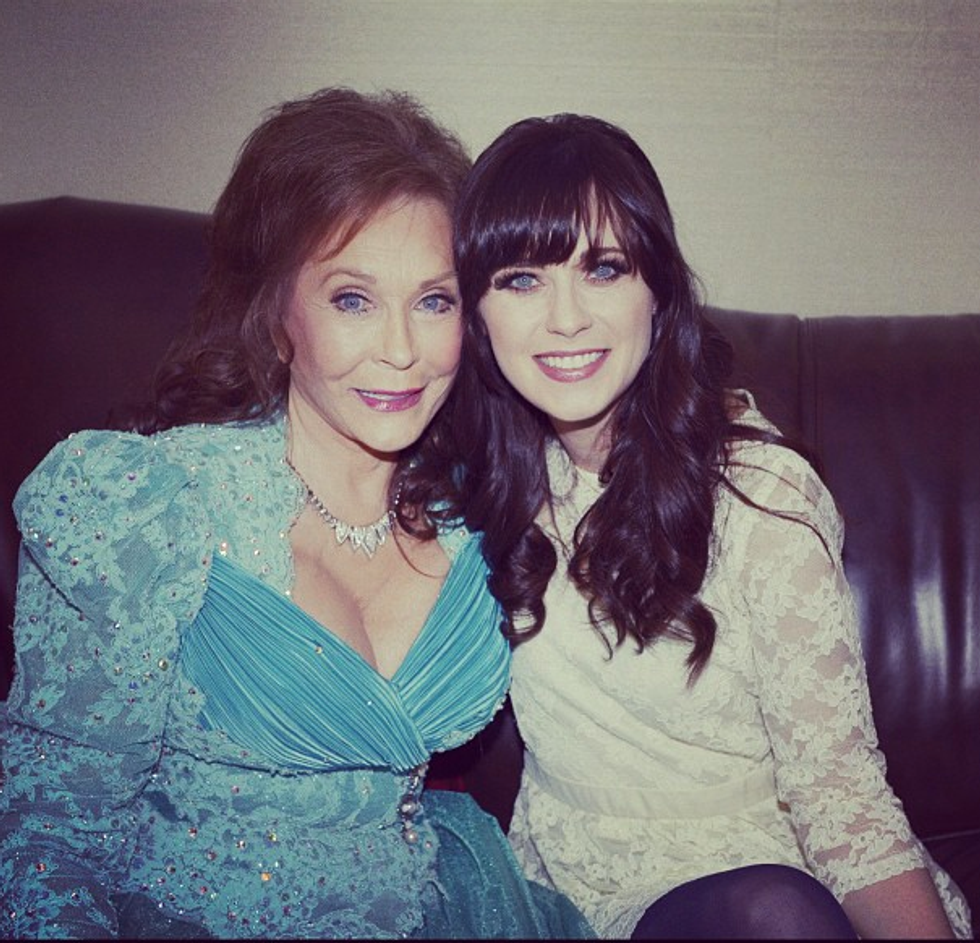 Here's some fun morning news: Loretta Lynn has asked Zooey Deschanel to play her in the Broadway version of Coal Miner's Daughter and everyone's favorite adorkable indie girl (sorry -- had to go there!) accepted.  Deschanel recently tweeted and instagrammed the news after Lynn first announced it last night at Nashville's Ryman Auditorium during an Opry Country Classics concert.  It was a move similar to when she brought Sissy Spacek out onstage with her at the Grand Ole Opry in 1979, shortly before the actress played Lynn in the movie version, for which she won an Oscar.

No word yet about who will join Deschanel in the production nor when it will debut but reports say it will not conflict with the actress' New Girl filming schedule (phew).

Maybe we'll see a She & Him Loretta Lynn covers album?