After Post Malone, Zooey Deschanel Is the New Face of Crocs

Crocs has shared their new "Come As You Are" campaign, meant to help consumers see that "being yourself, being comfortable and looking stylish are not mutually exclusive," which it's safe to say is at the heart of both Zooey and Post's brands. The Elf star rocks slides, clogs and sandals alongside British actress Natalie Dormer (aka Margaery Tyrell on Game of Thrones), Chinese actress Gina Jin, South Korean k-pop artist Kim Se-Jeong, and Japanese model Suzu Hirose.

The 23-year-old rapper and the 39-year-old indie icon both taking home checks from Crocs might be a *chefs kiss* illustration of the generation-gap of ugly fashion's cyclical nostalgia, but you really have to commend Crocs' marketing team for playing every angle.

Zooey Deschanel on Instagram: “I am excited to partner with @Crocs and encourage you to #ComeAsYouAre no matter what you do. ☺️❤️ #linkinbio”

Man, if you told me in 2009 that Summer Finn from 500 Days would one day be modeling Crocs, I would have told you to stop besmirching about my high-waisted floral queen. But of late, she's mostly in the news for sharing "travel hacks for parents" (her daughter's name is Elsie Otter), starting a non-profit called The Farm Project and winning a pecan pie bake-off, so if we're being honest, Crocs have been extremely on-brand for Zooey since New Girl forced people to invent and use the term "adorkable."

See the nauseatingly adorable campaign, below: 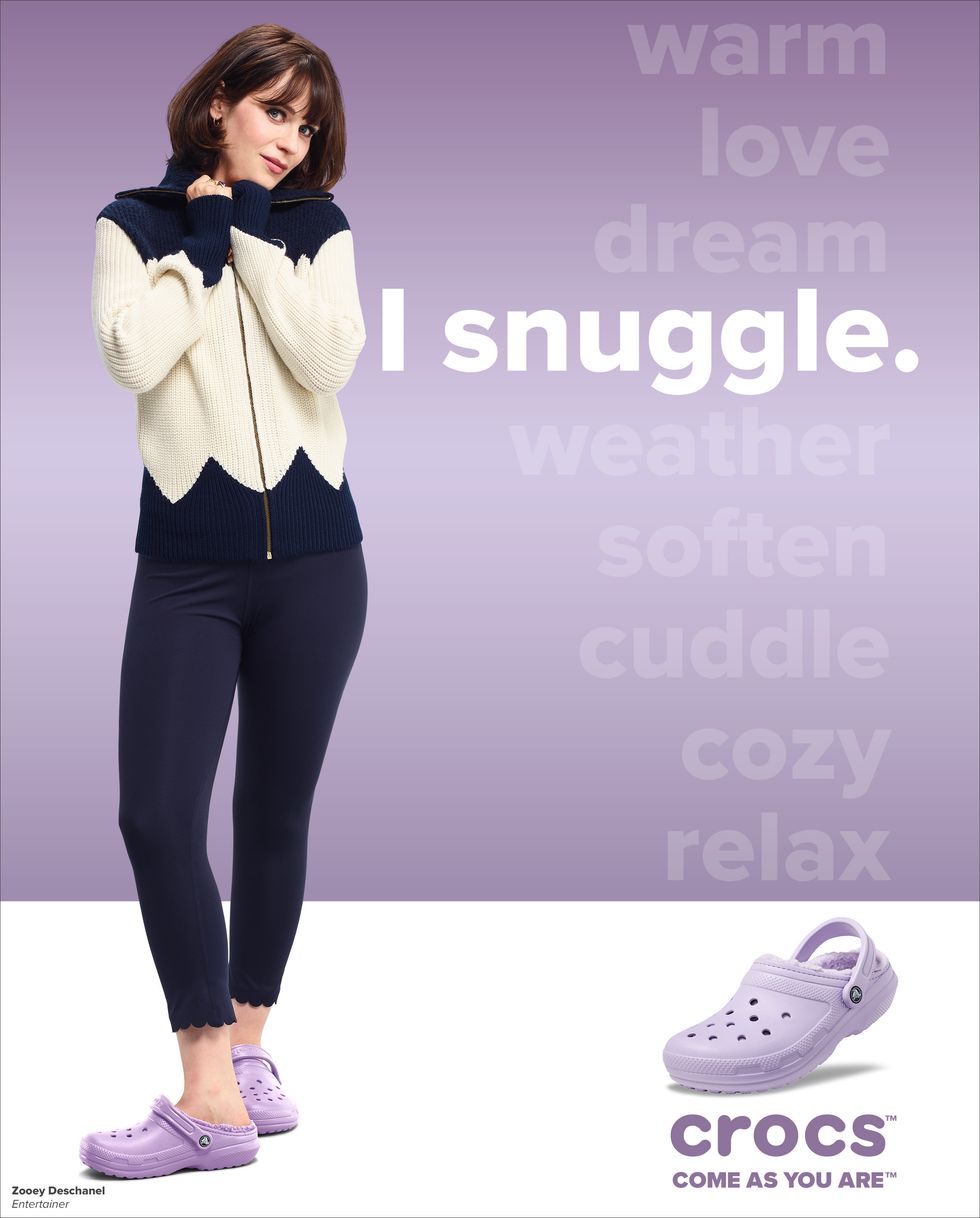