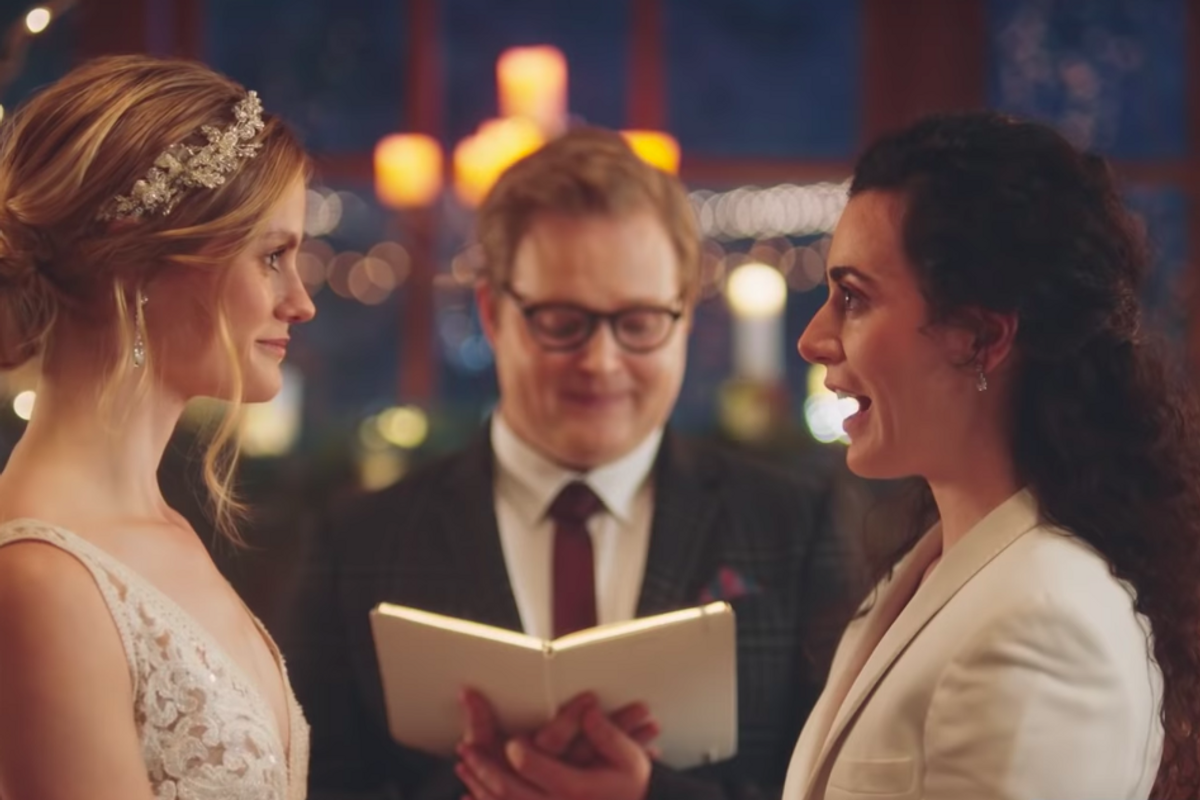 'Tis the season for viewers to tune in to the Hallmark Channel for their dose of Christmas movies galore, but the channel's censorship of the LGBTQ+ community is dampening our spirits. On Friday, wedding planner website Zola pulled all its ads from Hallmark after the network decided to remove four commercials that featured same-sex weddings.

Still, the network aired other Zola ads that didn't feature members of the LGBTQ+ community. Mike Chi, Zola's chief marketing officer, told The Hollywood Reporter, "The only difference between the commercials that were flagged and the ones that were approved was that the commercials that did not meet Hallmark's standards included a lesbian couple kissing. Hallmark approved a commercial where a heterosexual couple kissed. All kisses, couples and marriages are equal celebrations of love and we will no longer be advertising on Hallmark."

The decision to stop airing these commercials celebrating all kinds of love came after petitions from conservative groups like One Million Moms that asked the network to stop showing LGBTQ+ advertisements and films. A Hallmark representative told THR, "Crown Media Family Networks made the decision to pull the commercials. The debate surrounding these commercials on all sides was distracting from the purpose of our network, which is to provide entertainment value."

This caused an uproar of backlash online. Many are expressing their disappointment, urging the network to reconsider their decision, and asking them not to give in to the pressure from conservative groups.

This is deeply upsetting. I’ve written @romancewriters to ask for a statement and reconsideration of any affiliatio… https://t.co/7251Qx5pCm
— Tessa Dare (@Tessa Dare)1576362185.0

Incredibly disappointing.... such an opportunity @hallmarkchannel for you to tell stories that reach ALL people. I… https://t.co/j2uFmUj0jn
— Zoie palmer (@Zoie palmer)1576368478.0