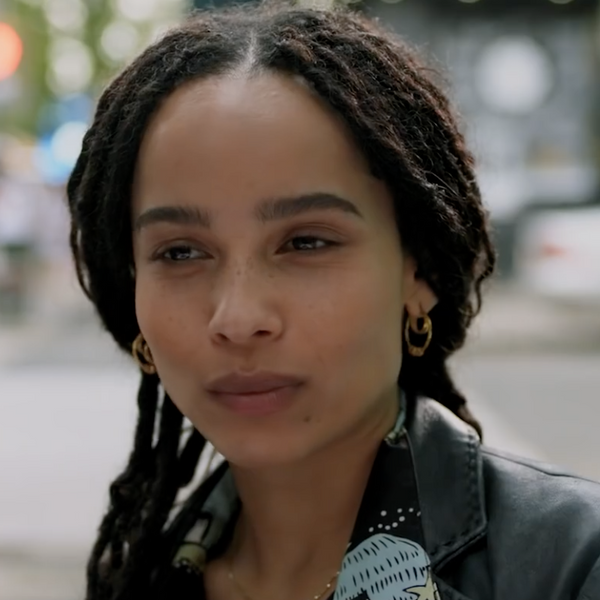 Watch Zoë Kravitz in the Teaser For Hulu's 'High Fidelity'

If there's one thing we gleaned from the trailer for Hulu's new High Fidelity, it's that heartbreak is universal and not even Zoë Kravitz is immune.

Earlier today, the streaming service dropped a new teaser for the 10-episode series, which is based on Nick Hornby's 1995 novel and subsequent 2000 film adaptation.

Now set in Brooklyn's Crown Heights neighborhood though, Kravitz plays record store owner Rob, who's just trying to figure out what went wrong in with exes.

Related | Zoë Kravitz Is Your Catwoman

Taking on the lead role previously played by John Cusack, Kravitz can be seen spending the majority of the trailer "overthinking" five past heartbreaks via the music that defined them. Oh, and to make things even juicier, it seems as if this new version also includes a new romantic prospect named Lily and one particular ex who's just come back to town.

That said, the sardonic humor of the original still seems to be a big part of Hulu's new iteration. Just take Rob's opening diatribe as an example, in which she compares the experience of running into her ex to a less-inspiring version of "that scene in the beginning of Braveheart where they rip all his entrails out." And while it may seem a tad dramatic, who amongst us, honestly, hasn't been there.

High Fidelity is set to premiere this coming Valentine's Day. In the meantime, watch the teaser trailer, below.