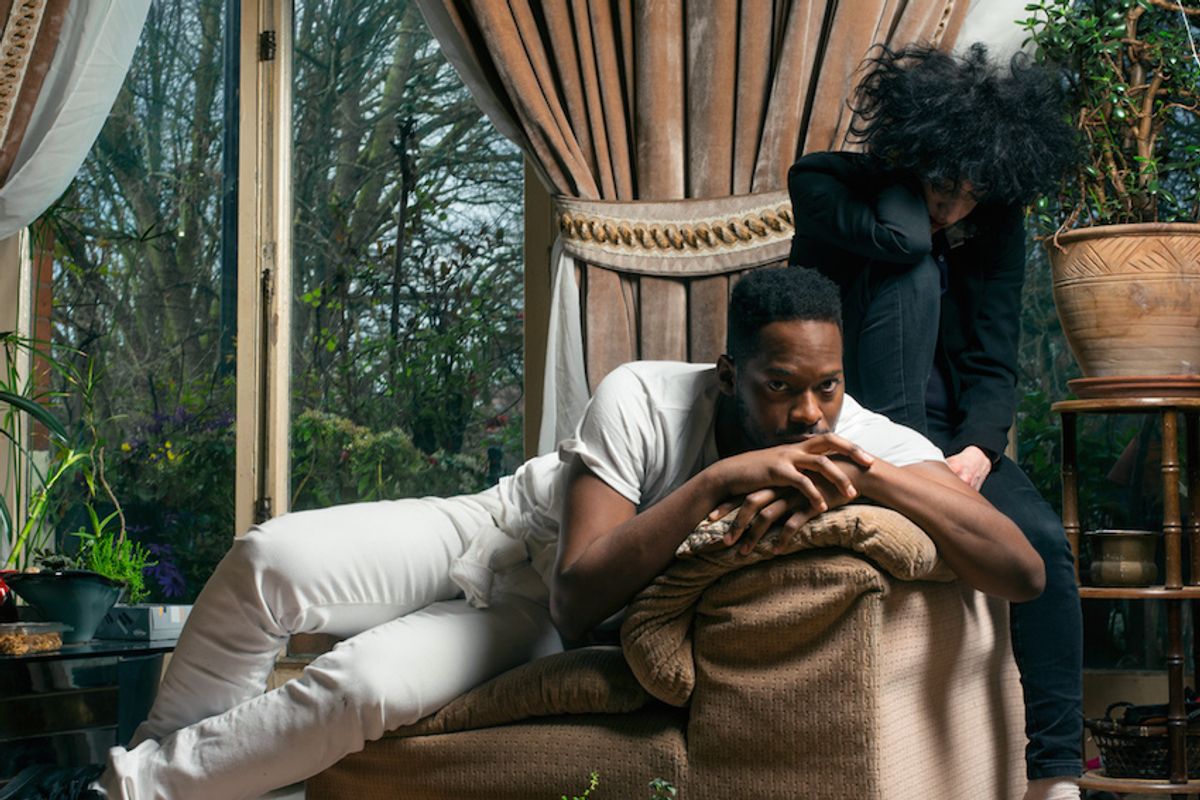 Earlier this year rapper-singer Zebra Katz teamed with Iranian DJ and producer Leila for the Nu Renegade EP, which took hip-hop bravado, club thumb and even some vintage trip-hop atmosphere and threw a goth blanket over them. Now, the duo have teamed with director Florian Potlatch for a short film that also serves as videos for the tracks "Nu Renegade", "Fucking Beast", and "What U Want." There's a religious revival, lots of intense dancing and enough free-floating weirdness to fill up your mood board for the rest week. Enjoy it below.

"It was really exciting to connect with like-minded people from around the globe to work together on such a thing, even though we have barely met in real life. So the whole shooting process was a adventurous as hell," says Potlatch of the film's creation. "A bunch of pirates put together on one spot to see what coming out of that. On one hand it was the most difficult shooting process I ever had, with so much logistics involved, and so much going on, all run by just a small bunch of people, on the other hand, thats where the magic happens, when you slightly get the feeling that things get out of control.

"Once we where seriously attacked by Austrian countryside rednecks in lederhosen because they thought we were crazy burglars. We hat to skip the whole shooting day and some crew-members had to go to the hospital," he adds. "The next day one of the other crew-members freaked out because of mental health issues. All in all it was pretty much a extremely crazy ride."