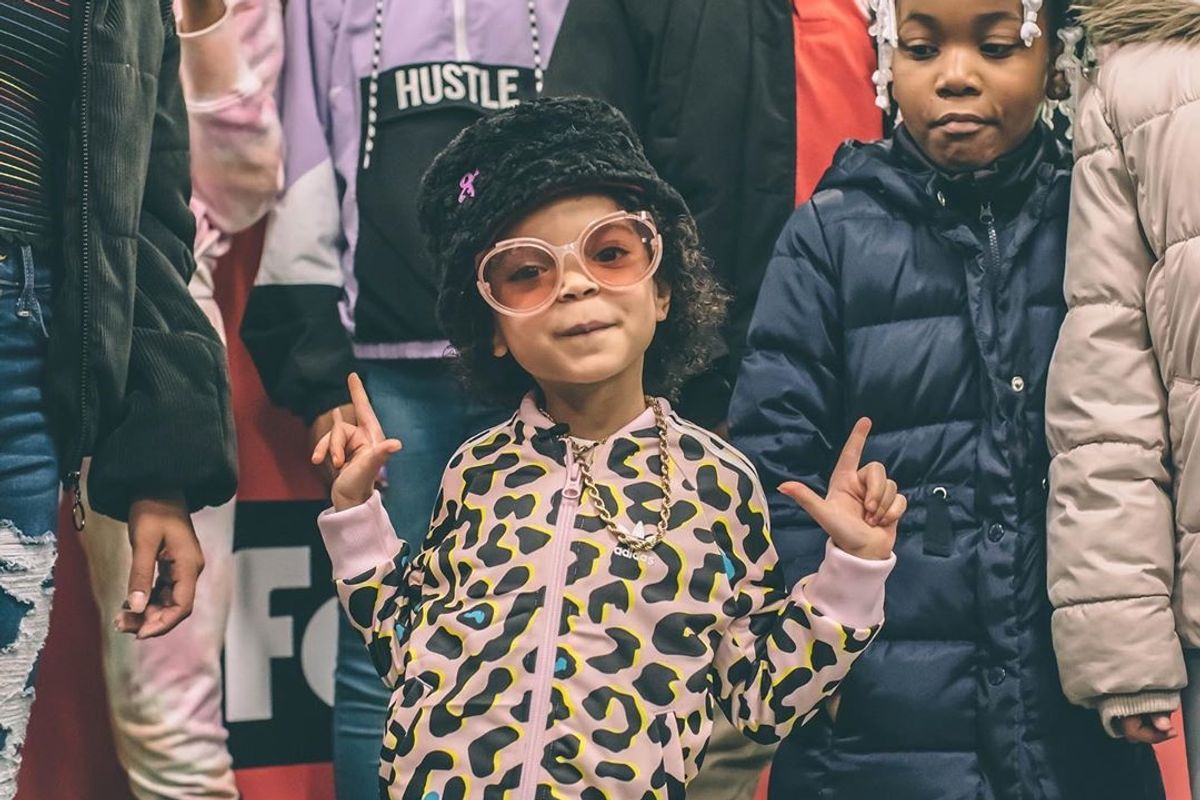 Who is ZaZa? To start, she released the song, "What I Do," that North West performed at the Yeezy Season 8 Paris Fashion Week Presentation last week. More broadly, she's a child rapper and Instagram influencer under the handle @redcarpetgirlz, who's gone viral for her looks, choreo and toddler-friendly rhymes. "What I Do" has over 13 million view on YouTube, so basically, she's a five-year-old with a lot more money than you.

Related | Who Is ZaZa?

Indeed, on the heels of a Kim K shout-out (after a brief crediting debacle: Kimye failed to note at the runway show that North was performing a cover), today ZaZa is dropping her new song, "Money Comin In (Boom Boom)." It's a slightly distressing baby-fied trap song, including lyrics like "I look dope dope, you look like nope nope" and "Me and my baby sis hang out all night/ Moves movies watch movies all night." I mean, ok yes, we do vibe.

The production, which a press release describes as "ice cream-truck inspired," is courtesy of ZaZa's dad Nemo Achida, a writer and producer for SZA, BJ The Chicago Kid, Jack Harlow and 88 Keys, with help from Down to Mars. Achida manages ZaZa's instagram along with her mom.

Related | What Happens When Instagram's Babies Grow Up?

Should pre-schoolers be rapping at runway shows or dropping singles? Who's to say. File it under toddler contemporary. "Money Comin In" is off of ZaZa's debut mixtape, coming this spring.