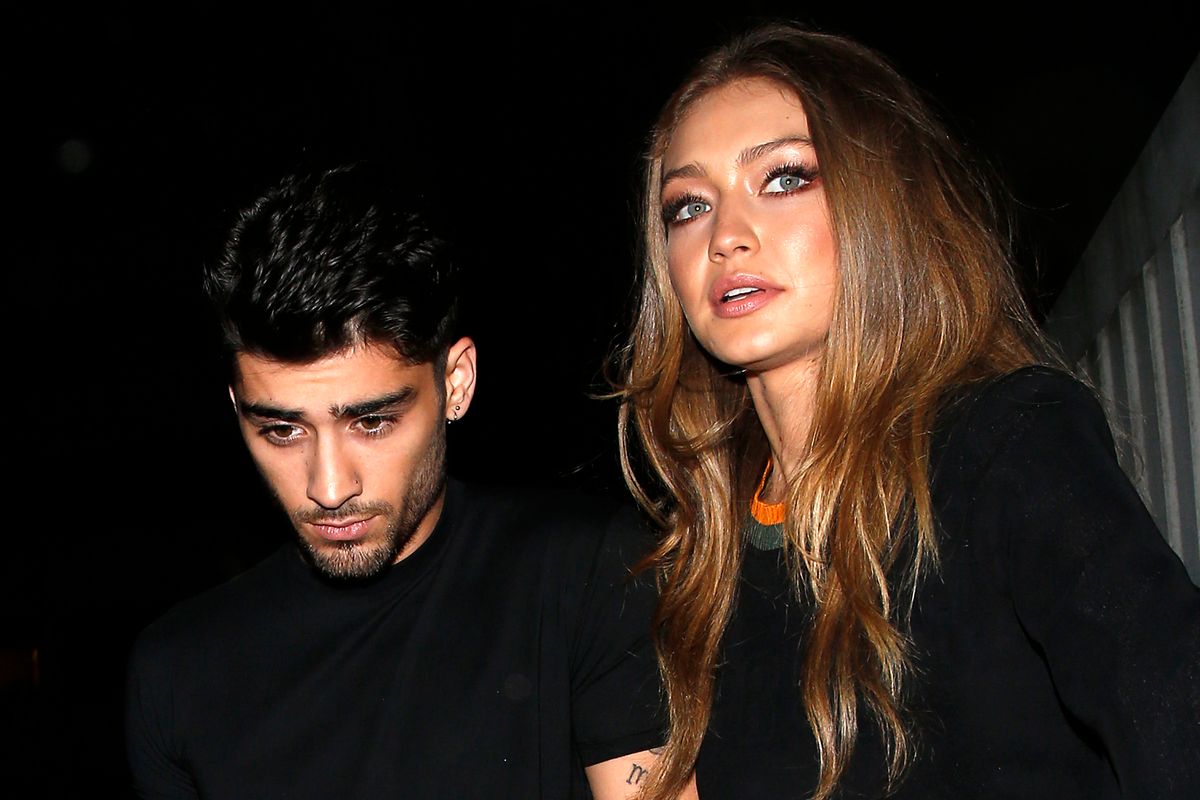 With a baby on the way, the internet has begun speculating that Zayn Malik is getting ready to pop the question.

On the heels of Gigi Hadid's confirmation that the couple are expecting their first child together, eagle-eyed fans were quick to notice what appeared to be a new tattoo on the One Direction alum's forearm in a recent photo shared by jeweler George Khalife.

But why all the fuss? Well, the ink in question is an excerpt from Kahil Gibran's "On Love and Marriage" — a love poem often recited at weddings.

Obviously, it didn't take long for the pic to go viral, with many Zigi shippers latching onto it as proof that "they're getting married."

"MY ZIGI HEART IS SO HAPPYYYYY!!!!!" as one fan wrote. Meanwhile, others speculated that the couple may have already "married in secret."

"Zayn and Gigi are in the most beautiful phase of their relationship, expecting a baby together, it wouldn't be a surprise if they are already engaged or married," another person wrote. "I feel very happy to see the two [at their] most passionate yet."

I'm sure they got married in secret🥺

ZAYN & GIGI GOT MATCHING BRACELETS. ZAYN HAS A NEW TATTOO, KAHLIL GIBRAIN’S POEM “ON LOVE AND MARRIAGE” Y’ALL THEY’RE GETTING MARRIED MY ZIGI HEART IS SO HAPPYYYYY!!!!! pic.twitter.com/2SMQkqJMO2

Zayn and Gigi are in the most beautiful phase of their relationship, expecting a baby together, it wouldn't be a surprise if they are already engaged or married. I feel very happy to see the two most passionate yet pic.twitter.com/BeFZUMgVgs

That said, as a few people pointed out, it's unclear when exactly he got the tattoo, with some even positing that he "got it tattooed when he was single." Not only that, but Malik also previously posted the same excerpt from "On Love and Marriage" to his Instagram last May, which means he could definitely just really like the poem!

Zayn’s recent tattoo is from a poem called ‘The Prophet’ by Kahlil Gibran, which he posted on Instagram in May of 2019. pic.twitter.com/pW4qFsXwGV

Neither Malik nor Hadid have commented on the engagement rumors.