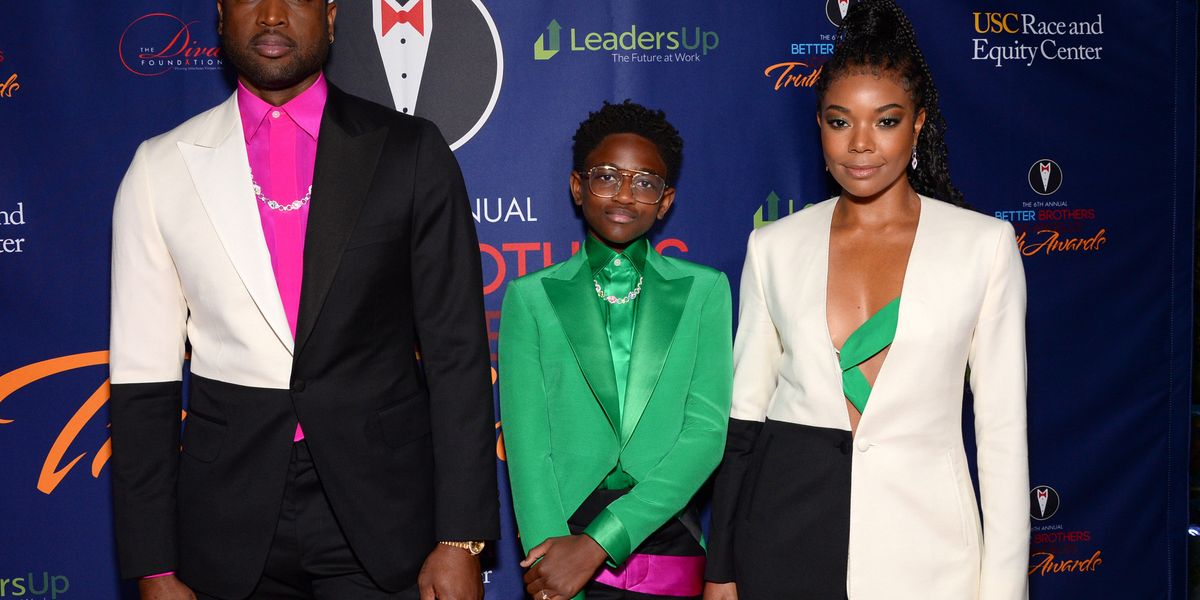 Last month, basketball star Dwyane Wade revealed in an interview with Ellen Degeneres that his child — formerly known as Zion — would now like to be called Zaya going forward, and uses the pronouns she/her. He and his wife, actress Gabrielle Union, as well as Zaya's siblings have all embraced her for who she is with open arms and understanding. Now, it's time for the world to meet her.

On Saturday night, Zaya made her first ever red carpet appearance at the Better Brothers Los Angeles's 6th Annual Truth Awards, which is specifically dedicated to black men and women in the LGBTQ+ community for their achievements. She was accompanied by her parents, and they all looked stunning in custom Richfresh suits.

The proud dad of the 12-year-old shared her photo on his Instagram feed, and wrote, "Everyone allow her to re-introduce herself her name is Zaya Wade! Last night was Zaya's first red carpet and we couldn't have been prouder of how she handled the questions that were asked of her. She has emerged as one of the young faces and voices for the LGBTQ+ community. #truthawards"

Gabrielle also shared, "It was an EPIC night filled with so much love & a real sense of community. It was important for Zaya to be a part of such a beautiful night & reminding her of all the love & support she has. We were moved to tears so many times throughout the night. So much gratitude."

Zaya's already slaying the game, and thriving with the help of her supportive parents. Aside from rocking great looks, and strutting on the carpet like a pro, Ms. Zaya's also got a lot to say. As she's shown in a video wherein she talks to her dad about gender identity, she's wise beyond her years. We don't doubt that we'll see more of her as she continues to speak her truth.

She's compassionate, loving, whip smart and we are so proud of her. It’s Ok to listen to, love & respect your children exactly as they are. Love and light good people.