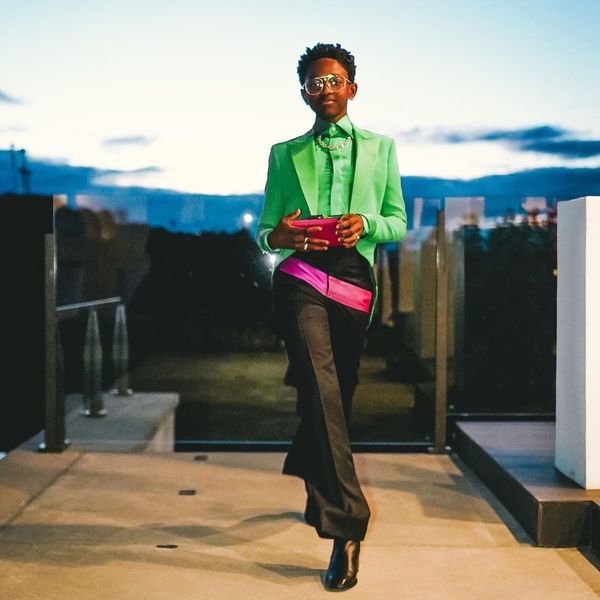 Zaya, the 12-year-old child of Dwyane Wade and Gabrielle Union, has come a long way since she entered the orbit of celebrity last year. Most of us first learned about her when Wade posted a cute holiday family photo of Zaya rocking a crop-top and acrylic nails. Shortly after, her parents began talking openly (and admirably) about LGBTQ parenting, reintroducing her to the public as Zaya and sharing that she uses female pronouns.

Now, she's making moves towards her future icondom by joining Instagram. Don't worry pearl-clutchers. The 12-year-old doesn't run her own account. Her bio reads: "Baby Steps... Parents Run This, Consultation By Me."

But even with a couple boomers running her account, after just three days and two posts, Zaya has already racked up 20,000 followers. She shared two outtakes from her debut red carpet appearance last month at the Better Brothers Los Angeles's 6th Annual Truth Awards, which is dedicated to black men and women in the LGBTQ+ community for their achievements.

On the carpet, the whole family wore custom Richfresh suits coordinated in the color of the genderqueer flag. If this stunting is any indication, Zaya is destined for Instagram fame.