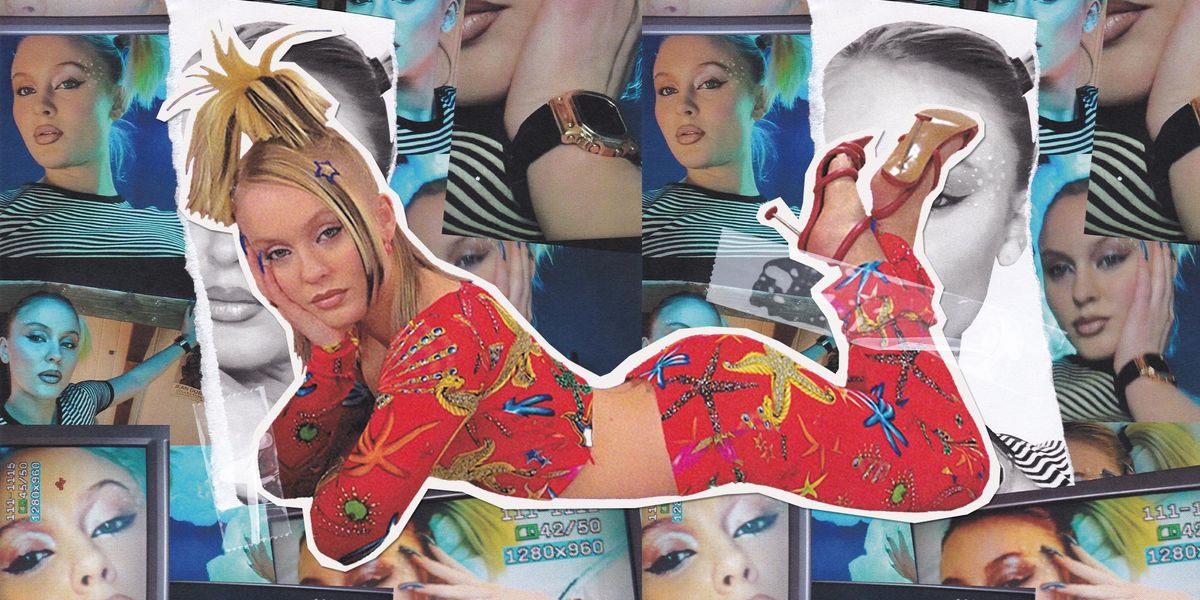 As Zara Larsson prepares for the release of Poster Girl, her first album in four years, she's writing herself into the canon of great pop performers. Having studied the influence and confidence behind the craft of the women whose photos adorned her bedroom while growing up in the pop music headquarters of Stockholm, Sweden — Beyoncé, Christina Aguilera, Rihanna — the 23-year-old singer is positioning herself to be her own pop idol.

"I was just covering the walls with them, looking up to these people," Larsson recalls over Zoom. "Now, I might not have myself on the walls, but I'm looking up to myself and seeing who that is."

Out March 5, Poster Girl is a lavish collection of 12 songs that explore the best and worst parts of pop music's bread and butter: love. Larsson's obsession with the topic made it an inevitable centerpiece; it's what she knows best. She delved into the topic on her last full-length project, So Good, too, but its lack of cohesiveness among a scattered assortment of influences left her sounding unsure of herself. "[Poster Girl] feels more like a project that is something that makes sense together sonically," Larsson says. "It also has this coming-of-womanhood sense to it."

Larsson was 19 when So Good was released in 2017 and had already found massive success two years prior with its now platinum singles "Lush Life" and "Never Forget You" with MNEK. At the time, as a young artist, she just wanted to sing. She agreed to her label's recommendations for stylists, choreographers and producers — whatever would get her on stage in front of a crowd. "My main focus has always been to just entertain people and make good songs," she says. "But it's so much more than that. I think being 23, now I've grown into a confidence where I realized I'm not working for all of those people. They're working for me."

Now that she's more involved in all aspects of her artistry, Larsson has a clear vision for the Poster Girl era. "I want things to be exactly the way I want," she explains, listing its key traits: glamorous, sexy and luxurious. In the process of bringing that to life, she discovered a perfectionist side of herself she hadn't tapped into before. The album was essentially finished early last year, but Larsson still wasn't ready to hand it over to the world. She'd recorded the songs at least three times each and convinced herself each time that they could be better. With over four years having passed since So Good – a decade in pop years — the pressure to deliver was high.

"I've taken away a little bit of the pressure of it always needing to be, you know, whatever perfection means."

"It's easy to say this now, because at the time I wasn't ready and I didn't feel like it was good enough," Larsson confesses of the long recording process. "But I think I realized that, you know, it's supposed to be fun." Once Poster Girl was turned in to her label, there was no more excuse making, no more tweaking and no turning back. "It's not in my hands anymore," she says, feeling relieved but still holding onto some nerves. "It's literally just up to the rest of the world, how they want to treat it."

Poster Girl is a dance record from start to finish, fast-paced and symphonic. Larsson falls into every dimension of love with conviction and female autonomy at the core of her performance. She tears her way through unexpected love, toxic relationships, distractions and yearning. Without a ballad in sight, Larsson's vocals soar over playful, skittering beats, '80s synths and R&B-influenced production.

On the title track, Larsson perfectly encapsulates the all-encompassing infatuation of early love, exclaiming "Oh my god, oh god, somebody stop her!" as she loses her grip on herself. She's self-assured in her desires on "What Happens Here," meanwhile "I Need Love" veers on an unapologetic desperation for affection. "I think relationships are like dessert, like Cher said," Larsson jokes. "And you don't need relationships, but everybody needs to be loved."

Her 2018 single "Ruin My Life" is one of the few interim releases that appear on Poster Girl and lands under the toxic relationship category, alongside "Right Here." The latter is a prime example of the worst parts of love, "when someone is just manipulating you into staying with them or giving you a little love, but not enough to actually thrive on," as Larsson describes. Wanting to fix a relationship that is clearly broken isn't always the healthiest mission to embark on, but it's human. "In everyday life, I see myself as a very strong woman," she says. "So if I could just be strong, but still say I'm weak in this, or I feel sad in this, it's like life."

"I want to give women a seat in the writers room, you know. Let's say we accidentally write a smash hit. Why would I give that to a man?"

Larsson wrote Poster Girl with pop juggernauts Julia Michaels, Sarah Aarons, Kamille, Justin Tranter, Max Martin and more, but notes the safety and ease that comes with working alongside female songwriters in particular. "Especially working in the industry, there's a universal understanding of what women just in general go through in life and our feelings and how we deal with all of that," she says. "And sometimes it's just nice to not have to even say it."

Plus, when it comes time to celebrate, Larsson wants to be in good company: "I want to give women a seat in the writers room, you know. Let's say we accidentally write a smash hit. Why would I give that to a man?"

The sentiment extends beyond the writers room, too. While she still has a vault of Poster Girl videos waiting to be released, Larsson recruited female directors Charlotte Rutherford and Viivi Huuska to helm the videos for "Ruin My Life" and "Love Me Land," respectively. Larsson also co-directed the video for her Young Thug collaboration "Talk About Love," in what had to be an intense filming process given the intricacy of the video's choreography.

"Every woman that I looked up to in my life has been very much about the show," Larsson says. "That's why I wanted to go to dance school. I wanted to learn how to dance and really do the whole shebang and not just stand with the mic."

The hours spent in rehearsal until every step aligns seamlessly with the music help present Larsson to the world as a performer, even if she can't tour. At the moment, she's gearing up for an International Women's Day exclusive livestream concert presented through Live Nation and IKEA, and streaming on her YouTube channel on March 8. It will be her first time performing some of the Poster Girl tracks alongside her hits. "I really want to show people still that it's really a part of who I am as an artist," she presses. "I feel like I created this persona in a way and I don't know if I should let the pop star really take over."

Poster Girl is a milestone accomplishment for both the version of Larsson who tones down the glam in favor of a day in bed and the camera-ready pop star persona she now looks up to.

"I've taken away a little bit of the pressure of it always needing to be, you know, whatever perfection means," Larsson concludes. "However things go, nobody can take away that little girl that I used to be growing up who was always on stage, always performing, always singing."