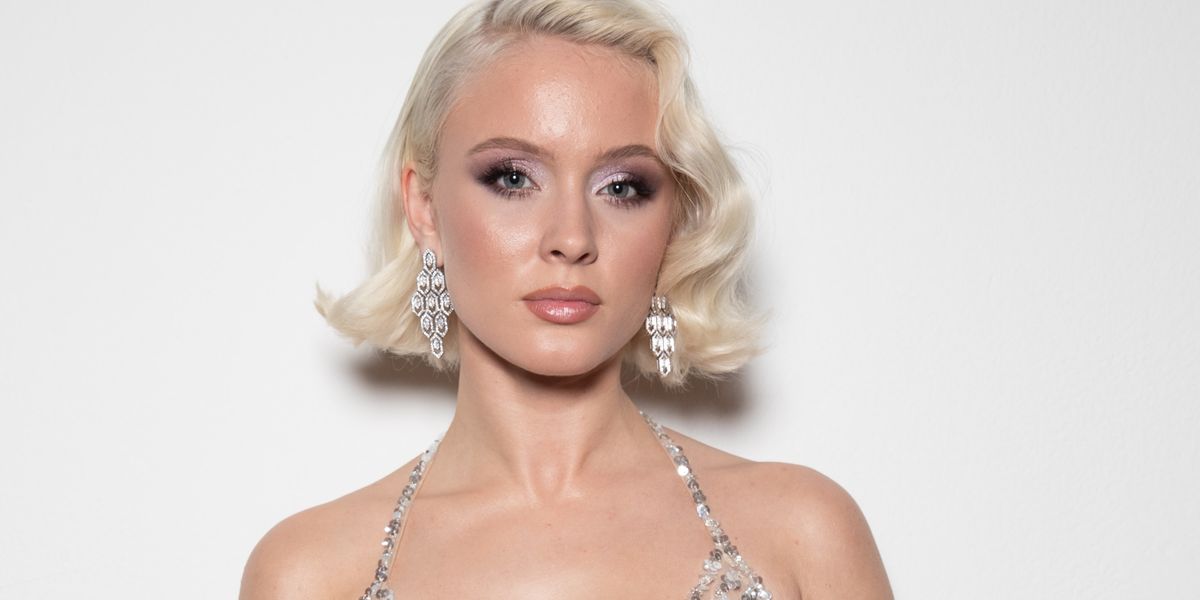 Singer Zara Larsson has formally apologized to James Charles after accusing him of DMing her boyfriend "several times" in the wake of his feud with fellow MUA YouTuber Tati Westbrook, who said Charles used his fame to prey on straight men.

Earlier this month, Larsson wrote in a since-deleted tweet that she was "cackling cause he hit up my boyfriend in the dms several times knowing damn well he's straight." Following the tweet's deletion, Larsson clarified that Charles actually only send him "one dm and some comments under pictures."

However, the damage was done, and Charles ended up addressing the accusation in his latest video, "No More Lies."

"People are treating #JamesCharlesIsOverParty as an open invitation to add to the narrative with lies, which is not only harmful to me but is also creating very, very dangerous stereotypes around the LGBTQ+ community," Charles wrote. "For example, Zara Larsson, who is a pretty big singer tweeted saying I messaged her boyfriend multiple times knowing he was straight. And this tweet got almost a half a million likes before it was deleted."

And though Charles acknowledged Larsson's subsequent follow-up, he continued by saying "it was way too late because the media had already ran with it saying I was harassing straight men and wouldn't leave him alone." He claimed that if he had known he was dating Larsson, he "clearly never would have messaged him in the first place."

In response to Charles' video, Larsson ended up apologizing via several tweets. "Never in a million years expected it to blow up the way it did," she wrote in her original (now-deleted) apology. "I feel extra bad considering the fact that I later on corrected myself and took down my tweet after my boyfriend talked to me and showed me the DM. It really wasn't that bad. But obviously, since everybody loves some drama, no one really cared about me trying to explain how it really went down."

Larsson also clarified that she thinks people are "allowed to flirt online" — referencing her own infamous meet-cute story, which started after she tweeted out her boyfriend's picture asking who he was. "To call someone beautiful in the comments is only nice! No harm done," she said.

.@ZaraLarsson addresses @JamesCharles following his response to her tweet in his latest video:

“I have a hard time believing you didn’t know that we were in a relationship... I’m sorry for the heavy anxiety you must’ve been going through these past weeks.” pic.twitter.com/mGIWvPuWa7

However, Larsson did go on to say that it is "disrespectful" to flirt with someone who's taken and that she has a "hard time believing" Charles didn't know they were together as her boyfriend posts about her. Not only that, but she said that it seemed as if her boyfriend wasn't the only one Charles was trying to flirt with.

"You have for example previously tweeted saying that straight men will be the death of you etc which is concerning considering the fact that they will never give consent since they don't play for team D," she continued. "I don't know you personally but the only thing I know is that [my boyfriend] Brian and I have absolutely nothing against you. And whole heartedly believe that one of the reasons this got way out of proportion is homophobia and the fact that this affected straight men."

I always try my best to learn and apologize if I'm wrong. I'm sorry @jamescharles for getting involved before I actually knew the truth and for the anxiety you must have felt about everything 💗 pic.twitter.com/8U64W5D8Jy

Larsson has since apologized again to Charles via Twitter, writing, "I always try my best to learn and apologize if I'm wrong. I'm sorry @jamescharles for getting involved before I actually knew the truth and for the anxiety you must have felt about everything." Charles' response? "thank you for apologizing angel, it's alright. all love from me!"

thank you for apologizing angel, it's alright 💞 all love from me!