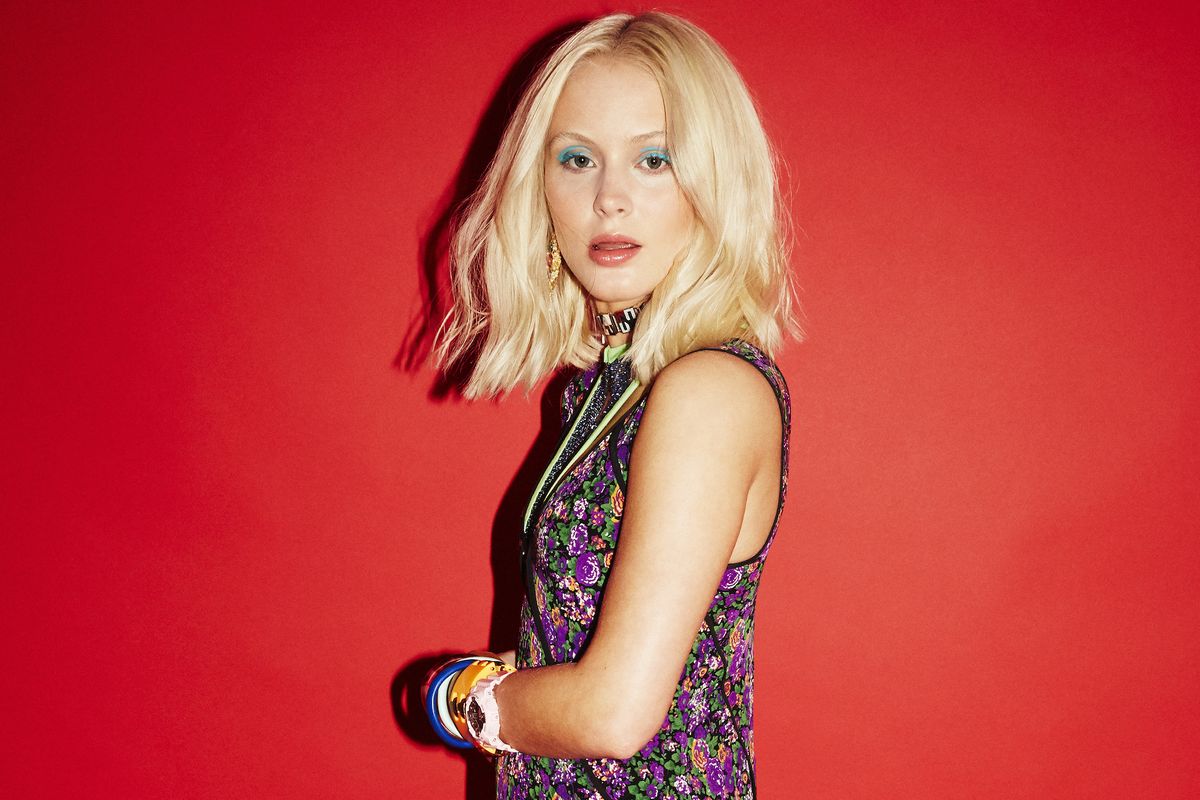 18-year-old Swedish singer-songwriter Zara Larsson may be young, but she's wise beyond her years. After winning the Swedish version of America's Got Talent, she released her debut album, Talang, which went platinum in her home country. Now she's hard at work recording its follow up. She wrote an essay for PAPER about the double-standards and negative messaging young women are constantly subject to, and encourages them to fight back against society's demand for feminine conformity. 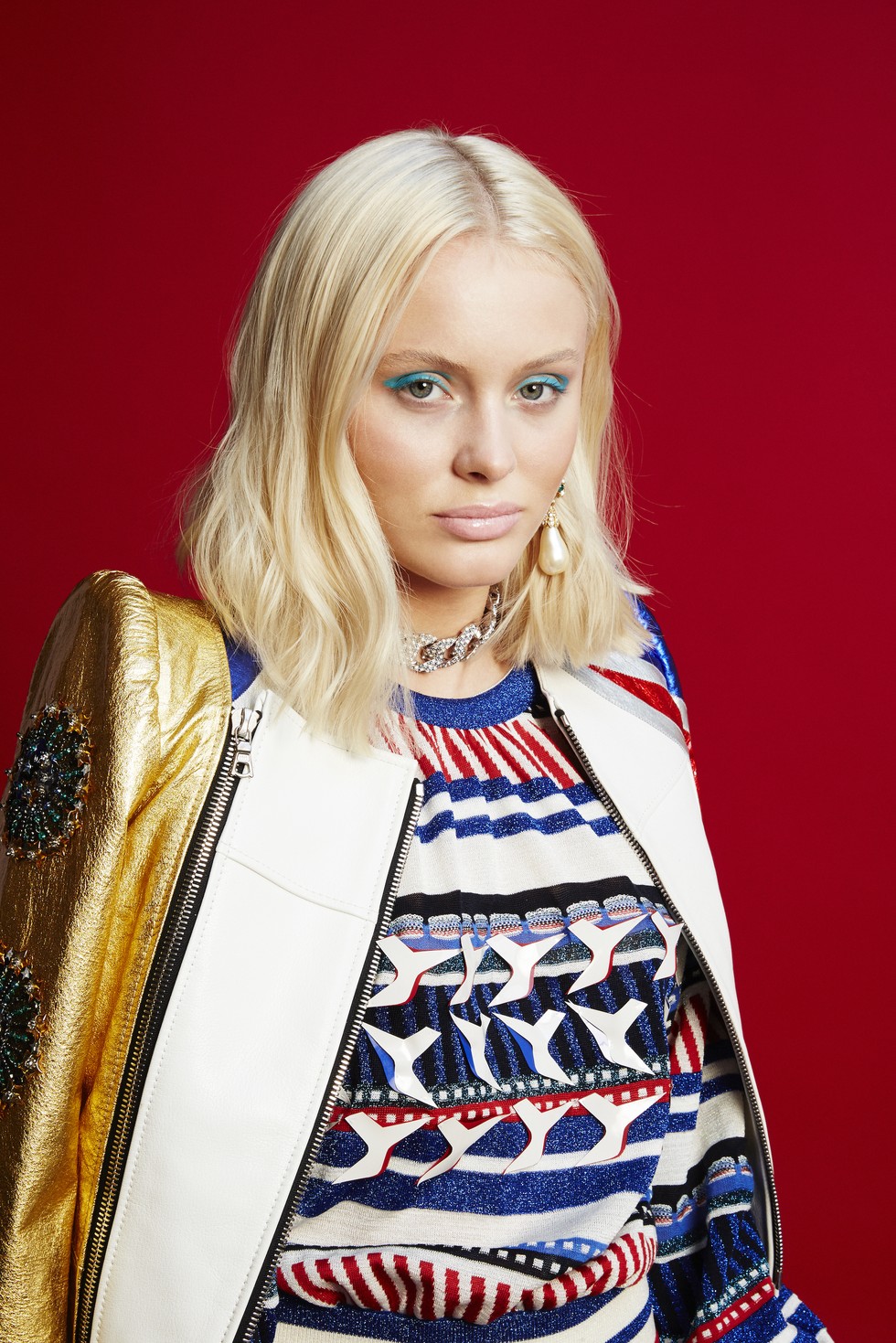 Zara wears a dress and necklace by Chanel, a coat by Marc Jacobs and earrings by Ben Amun 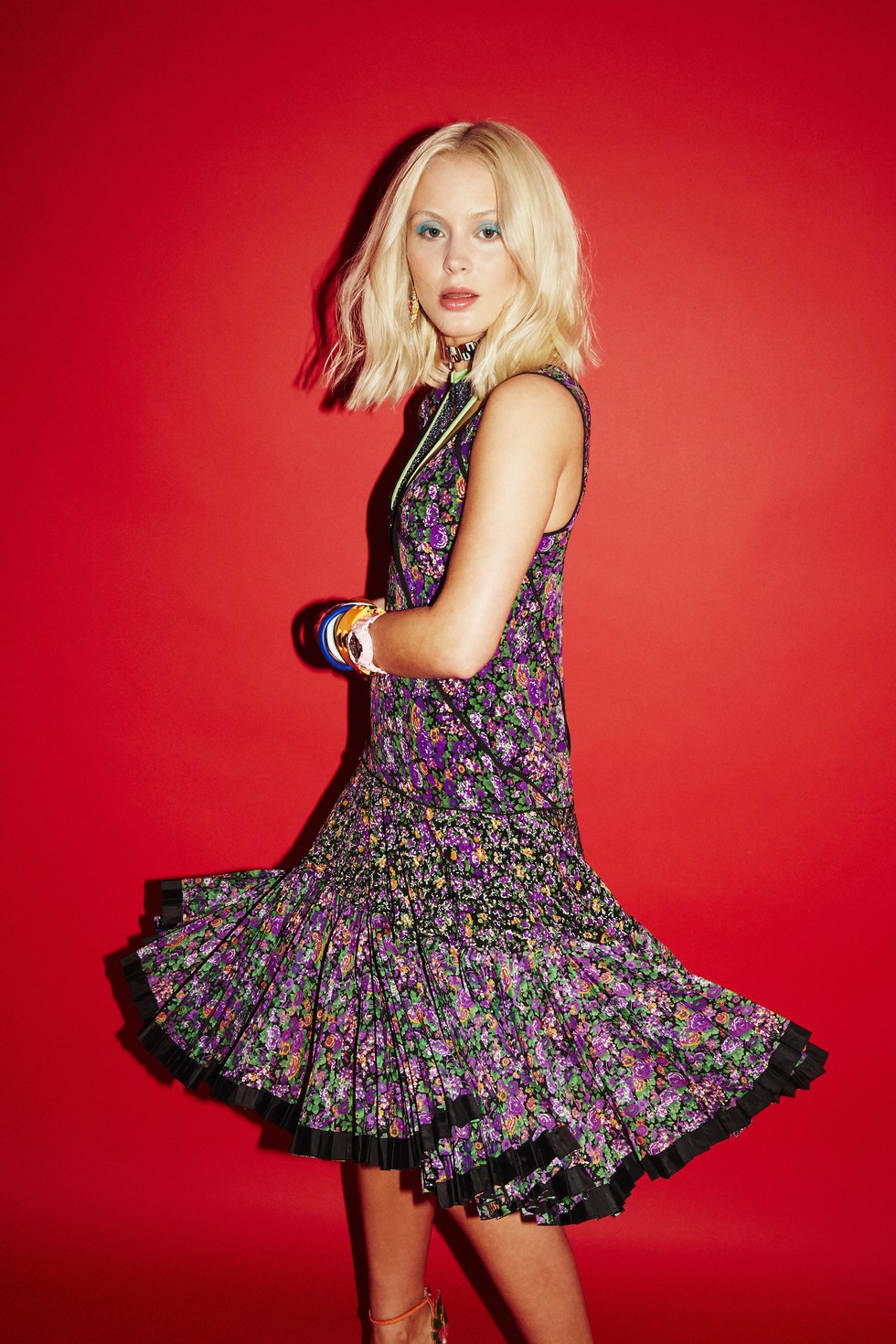 Zara wears a dress by Coach, a top by DSquared2, a watch by G-Shock, shoes by Christian Louboutin, earrings by Ben Amun, bracelets by Dinosaur Designs and Sequin 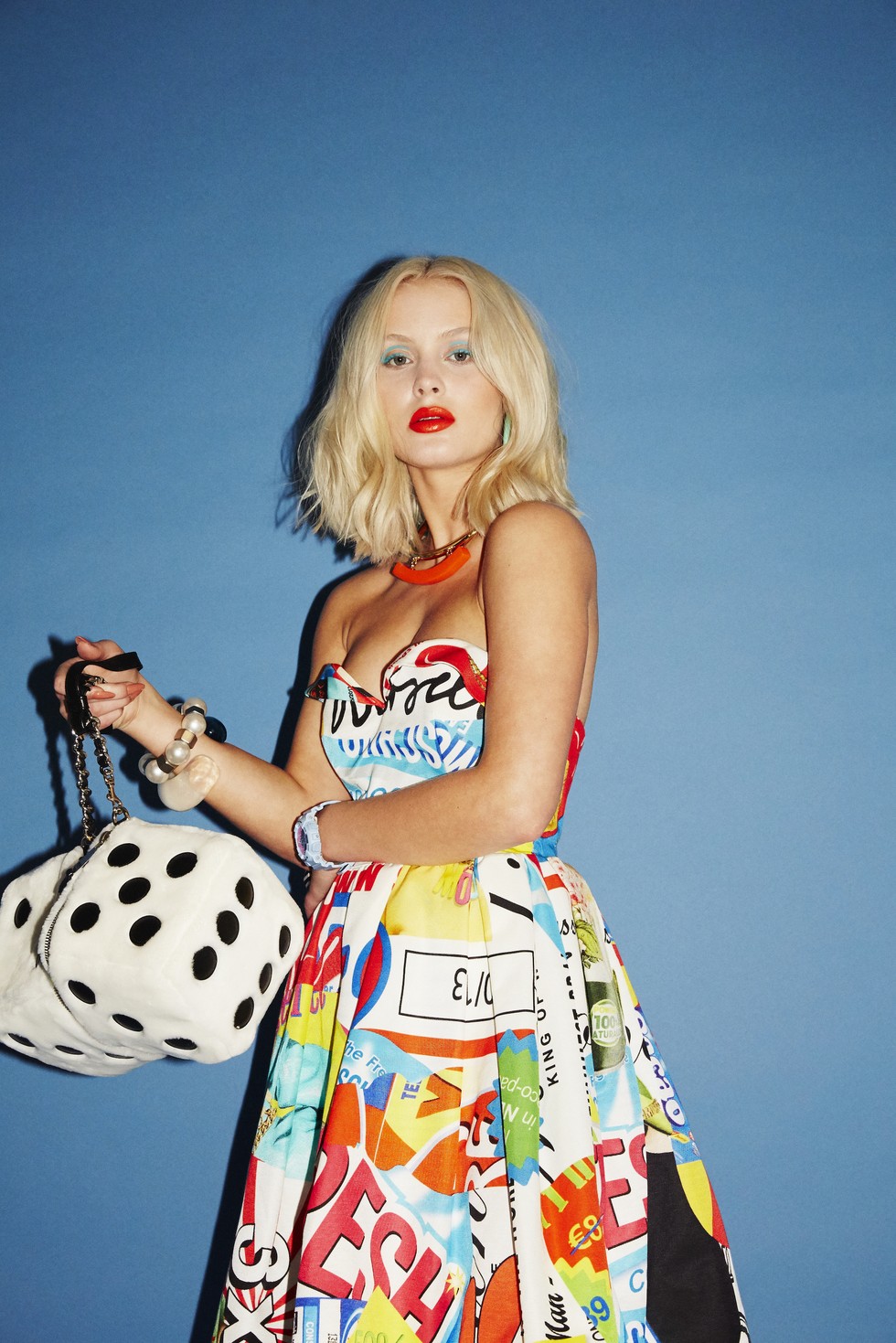 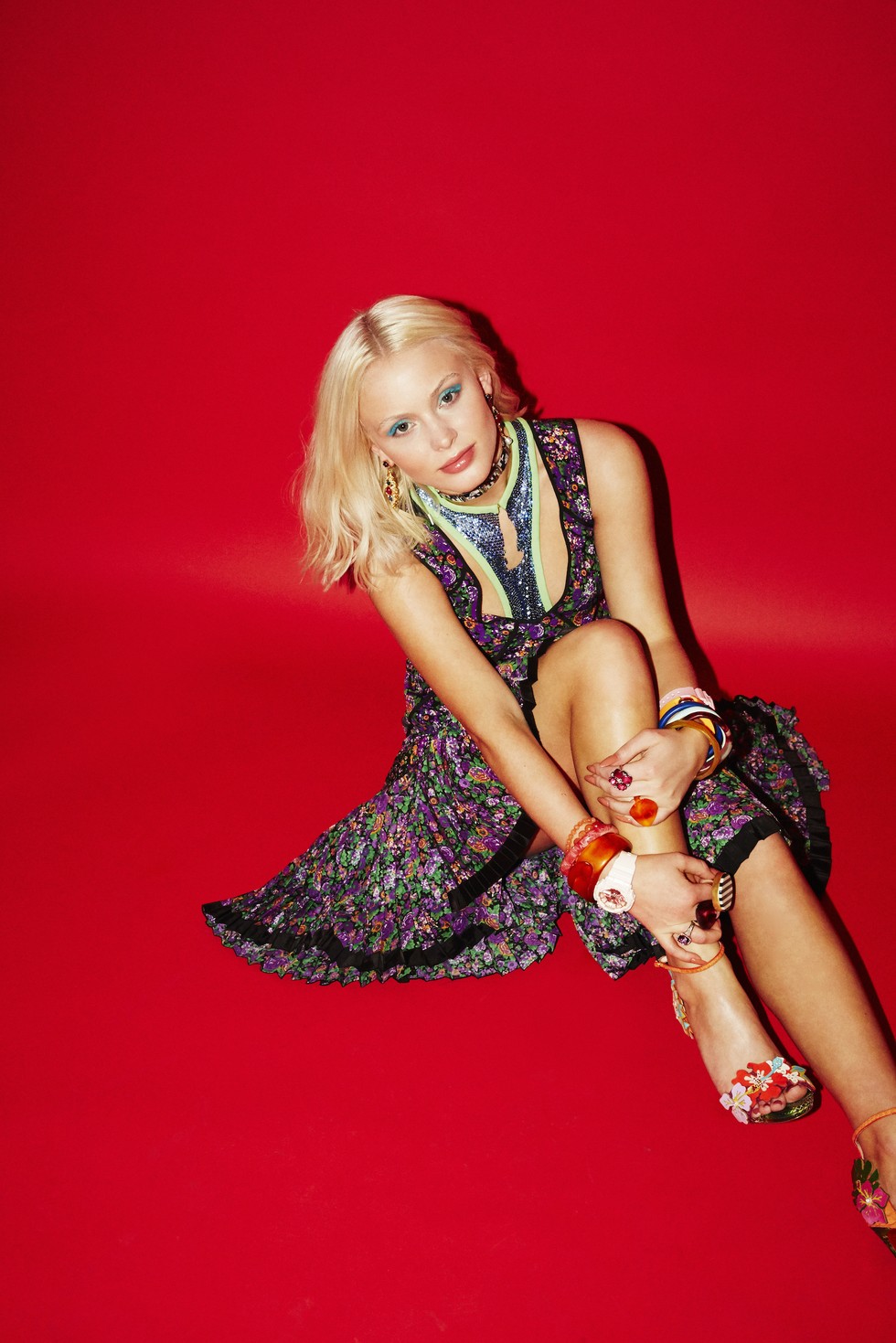 Zara wears a dress by Coach, a top by DSquared2, a watch by G-Shock, shoes by Christian Louboutin, earrings by Ben Amun, rings by Missoni and Tacori, bracelets by Dinosaur Designs and Sequin

How are girls portrayed in media? That is, in magazines, online and in advertisements. Are they portrayed the way they really are? Us girls are talented, smart. And guys of course can also be skilled and smart. Then there can't be any differences in how women and men are portrayed in media. We are all equal and portrayed equally. That's comforting. Is it really true? Not really.

Research has now confirmed that guys are from Mars and girls are from Venus. Everyone knows that there is so much that sets girls and guys apart, so much that it is obvious that we come from two different planets. It's apparent in how much girls like to clean, do their hair and put makeup on. Boys, on the other hand, are always strong and muscular and can lift thousands of pounds with their pinky toe. For example, toy packaging for kids shows that girls like taking care of things. They want to groom horses and dress tiny pink dolls, while boys are naturally drawn to cool and dark things, such as carnivorous dinosaurs. You don't need much more evidence than that to understand that boys and girls are quite different from each other. A woman would never be able to work in upper management of a large corporation. That's absurd!

All jokes aside, this is exactly what kids are taught to believe at an early age, even though we know that girls are just as capable of doing everything that guys do. In advertisements, girls and guys are portrayed very differently, perhaps first and foremost because companies want to maximize sales. We also learn at an early age that boys' behavior is different from that of girls'. If a boy is teasing or hitting a girl, it is possible that he is simply interested in her. The violence is dismissed and blamed on "boys being boys." We are taught at an early age what is wrong or right, how you are supposed to act, what you are supposed to look like, and what you are supposed to be interested in. It becomes impossible to grow up and figure out for yourself how you want to grow as a person, because everywhere around us there are pre-established molds that we are supposed to fit. This is not biology, it is something we call gender.

Unlike the biological concept of sex, gender is considered to be a social construct, which carries expectations for how people act. Gender is not created externally to ourselves, but rather we are all creators in that we construct ourselves as masculine or feminine. This construct can be found in a variety of contexts, such as in language, where we add weight to words with values and status differentiation. In our everyday language we use words to describe what we are, for example, "girl." Associated with that word are several other words, such as "sweet," "pink" or "beautiful," while "boy" can be associated with "tough," "blue" and "strong." Here the language brings about an expectation of how to be, and when it comes to the word "girl" or "boy" you are taught as a kid that there is a difference between the two, presumably before you are even aware of it. You know that you are a girl because you are told so.

These expectations are directly linked to one's gender identity and they are culturally and socially constructed. To be a woman may indeed have a biological significance, since our pure anatomy looks different. But added are a number of social constructs that are not biological and therefore also should not affect me as a woman. But precisely because they are cultural and social constructs that is exactly what they do -- have an effect.

It does not end in childhood. It affects us throughout the years. I think it is terrible how we portray girls in advertisements. We are expected to be sexy, but not if we want to be ourselves. Everywhere there is marketing for perfumes, cars and alcoholic drinks, things that actually do not have anything to do with the female body, featuring (drumroll)...the female body. What one is actually saying is that a woman is something that should be used to sell something else. Women are seen as objects and are reduced to their appearance, which society apparently thinks is totally fine. The female body is consumed and owned by society.

But as soon as someone decides to own her sexuality, to embrace her body on her own terms, then it is apparently the worst thing anyone has seen. To show off your body because you feel like it is a big no-no. A great example of this is when Kim Kardashian, posted a selfie of herself standing in her own bathroom completely in the nude on Instagram. The image was censored, perhaps because of Instagram's policy that no female nipples are allowed to be shown. (Another way to sexualize the body.) A lot of eyebrows were raised and many came down hard saying, "You can't do that!" Because she is a MOM! And ROLE MODEL! A woman who does things for herself is always public enemy number one. This, my friends, is slut-shaming. What is deemed to be sexually unacceptable is culture-dependent, but may include having multiple sexual partners, or dressing in provocative outfits. In other words, something that men never ever would get accused of. Men in music too often sing about women they've fucked and how hoes ain't loyal, some even dirty. If a man's touch makes someone dirty, then...what's on their hands?

In other words, women can very well be seen if their bodies are visible. But they are unfortunately underrepresented as subjects of the news, which is problematic since there is a risk that women's experiences and perspectives are sidelined or completely missing. Women make up half of the world population, but barely appear in a fourth of the global news flow. This confirms the power structure where women are subordinate and men dominate. That women's share of the Swedish and global news content is relatively low can to some extent be explained by the fact that women still have less political and economic power than men, meaning that there is great inequality in other areas, which journalism illustrates.

It is clearly defined how women should and should not present themselves. There are a number of criteria a woman is expected to live up to. For example, she should be graceful, passive, neat, tender, sweet, delicate, and skinny. It is not enough to just look like a woman, you also need to act like one and by following these culturally constructed codes, we become women. These are all social constructs that we learn through upbringing and by themselves form a discourse based on a socially constructed agreement.

To be the opposite of those aforementioned characteristics is considered provocative and unfeminine. To swear and embrace your sexuality, or just deviate from the norm does not fly if you are to be a true "role model" or a "respectable woman," according to many. On the contrary, men can behave however they wish, and still be praised to the skies. It is rare that men are called role models. Why do women bear the full responsibility of raising the next generation when they barely have a role in the political apparatus and are close to non-existent in leadership roles at large corporations? Men are expected to be competent. Women have to prove that they are competent beyond their looks. Women can't swear, can't embrace their sexuality, can't yell. It can be interpreted as offensive. But what is more offensive? A girl saying "fuck" or how society treats girls and women? A woman showing her body on Instagram or getting raped? This is taking place everywhere, all the time. And this is because we keep projecting the old image of how a woman should be in media.