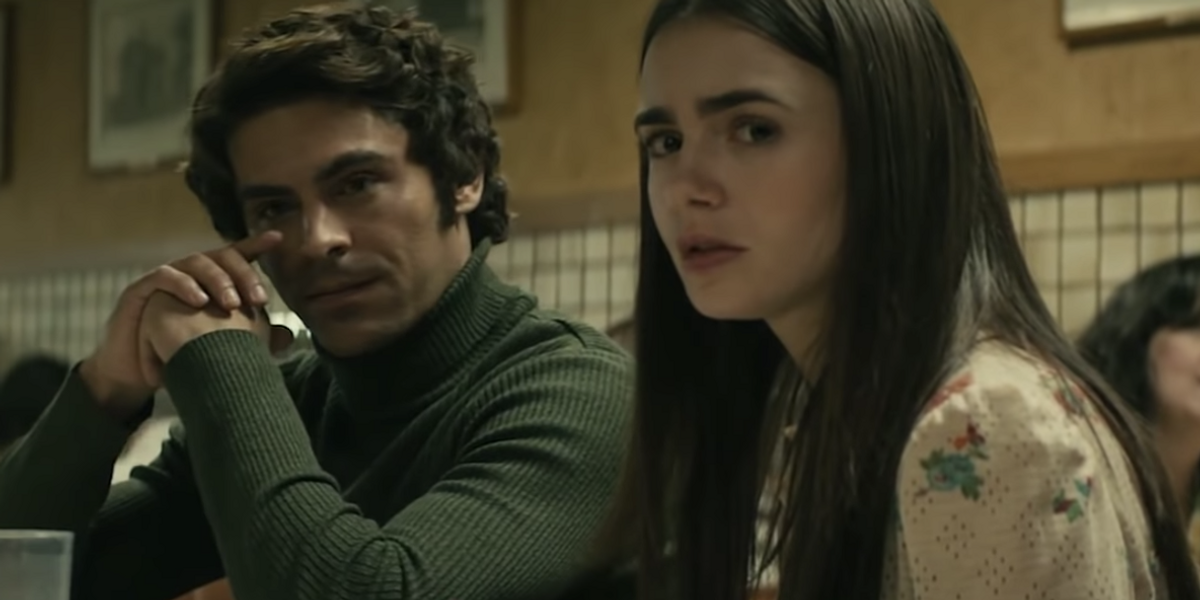 Netflix's been killing it with the biopics lately, though their newest one is taking this sentiment a little more literally.

Yeah, that's right, we're talking about the forthcoming Joe Berlinger-directed Ted Bundy biopic, Extremely Wicked, Shockingly Evil and Vile. Starring Zac Efron as the serial killer himself, the film focuses on his longtime girlfriend, Elizabeth Kloepfer (Lily Collins), and how she struggled to grapple with the truth about her boyfriend.

In the latest teaser, we see the couple and his daughter at a diner after Bundy is released on bail. When Kloepfer asks why a woman picked him out of a lineup, Bundy says he's being framed and that someone gave his name to the authorities. The worst part (other than his green turtleneck)? When he points to a car that's been "following" him outside and says, "Either I'm going crazy, or I'm being set up." Cue the ominous music.

Watch the chilling scene for yourself, below, and try not to feel completely icky.