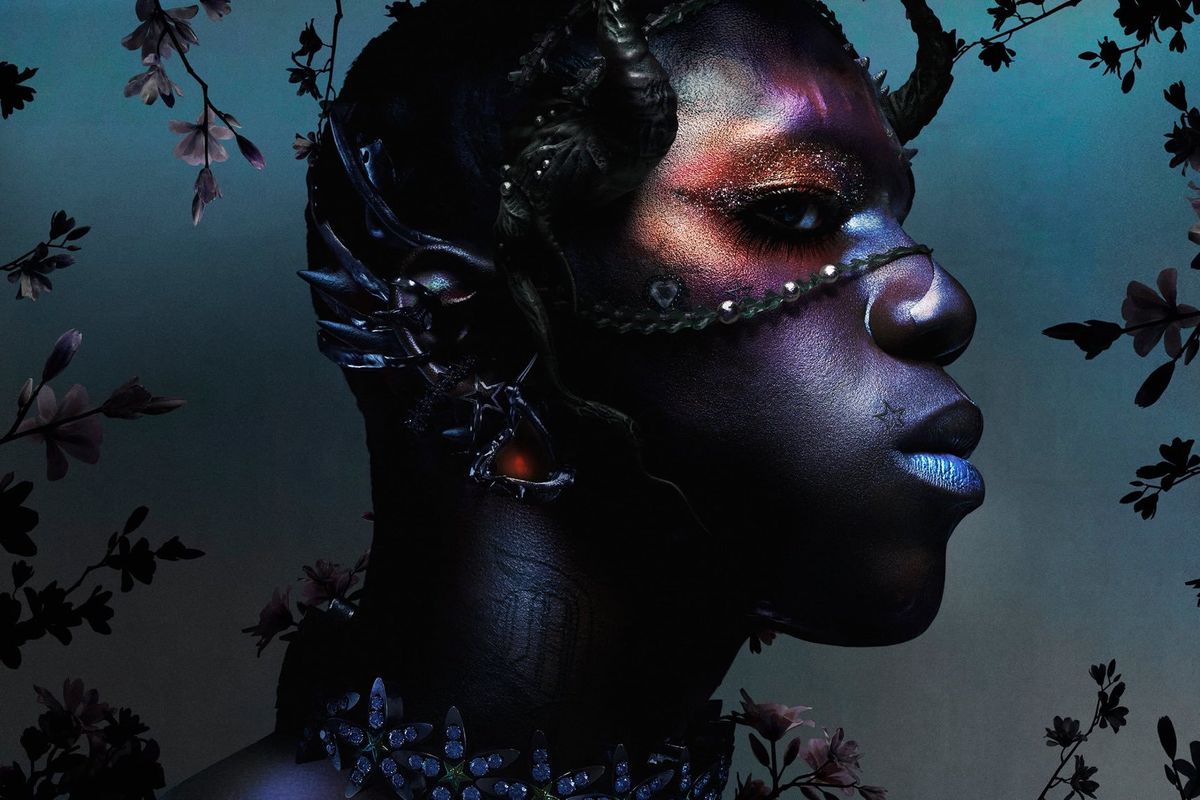 Yves Tumor is the star of a new campaign for Byredo, creative directed by makeup daredevil Isamaya Ffrench. The beauty brand, which launched in October as a leg of the cult fragrance label, made the announcement on Instagram this week to show off their five-color eyeshadow palette, called Sciomancer.

Related | Everything You Need to Know About Byredo Makeup

"This is eyeshadow explored through a uniquely Byredo perspective," the brand wrote on Instagram, adding that this launch is "a narrative concept which has been expressed through an animated expression." Sciomancer, specifically, is "an homage" to Tumor's "rock and roll magnetism," following the release of his 2020 album, Heaven to a Tortured Mind.

In this launch, Byredo also released two other eyeshadow compacts with five shades in each, as well. They are the Syren, which features Ffrench as its muse who transforms into a mermaid, and Corporate, which features the Medea sisters who wear "ubiquitous neutrals with an ironic twist" to showcase the palette's "everyday" elegance.

All three compacts can be found in locations that sell Byredo and online at Byredo.com.