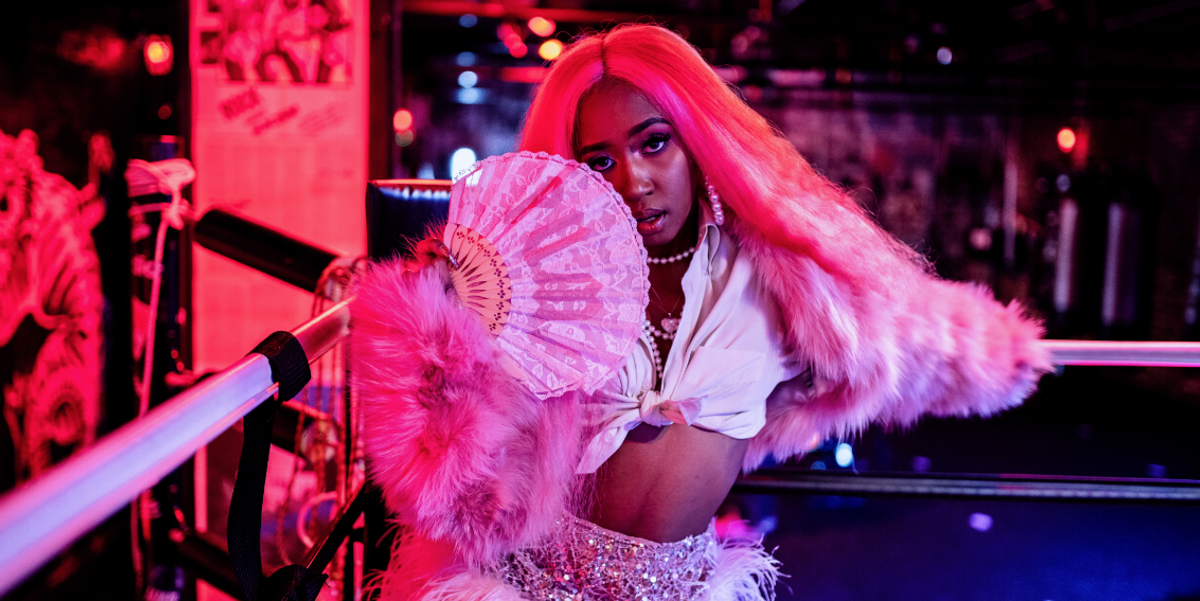 Yung Baby Tate is having quite the year, and it's all on the strength of her core belief that yes, girls do in fact run the world.

Following a string of wildly fun EPs since 2015, the 22-year-old Atlanta-born rap star dropped her conceptual debut album GIRLS last month. The project's 11 tracks are written, produced, and performed by Tate and feature a range of rising female artists. They chronicle the many facets of young womanhood, and are a thrilling mix of her diverse influences, from Brandy to Gwen Stefani. One such track is "Wild Girl," a raucous, booming bass track that praises sexual autonomy and a restless DIY spirit.

The song features an acerbic verse by fellow concept-driven rapper Bbymutha, and today, PAPER premieres the "Wild Girl" video celebrating their seamless union. On enlisting Bbymutha for the song and video, who Tate calls "so dope and so funny," she says that working together "felt like I was at a party with my friends. When she did her verse, I was literally internally screaming in the studio because I was so excited." The partnership also made Tate excited for future collaborations with her new BFF — something she teases as a "for sure" possibility.

Related | Catching Up With BbyMutha: The People's Rapper

Appropriately, the "Wild Girl" video, directed by Ben Hype, features an all-women cast dancing amid neon strobes, while working cowboy hats and other colorful Yeehaw-friendly looks. The clip was filmed at the Brooklyn location of iconic New York boxing studio, Overthrow. Creating a safe space for women to freely and unapologetically be themselves was a main priority for Tate when making the video.

Yung Baby Tate and Bbymutha on the set of "Wild Girl."

"For me, I just wanted to make girls feel like they can have fun and be as wild as they want with their friends," Tate tells PAPER. "I want us to have fun freely and not feel bad about it. Twerk, pop pussy, do shots out your friends' belly — do what the fuck you want and feel protected and not shamed or preyed upon."

Neither artist in "Wild Girl" are slowing down anytime soon, making the title even more fitting. The video premieres as Bbymutha is on her first tour and finishing her upcoming debut album Christine, and during Yung Baby Tate's supporting spot on Leikeli47's North American tour. Tate is also working on new music. Watch "Wild Girl," below.