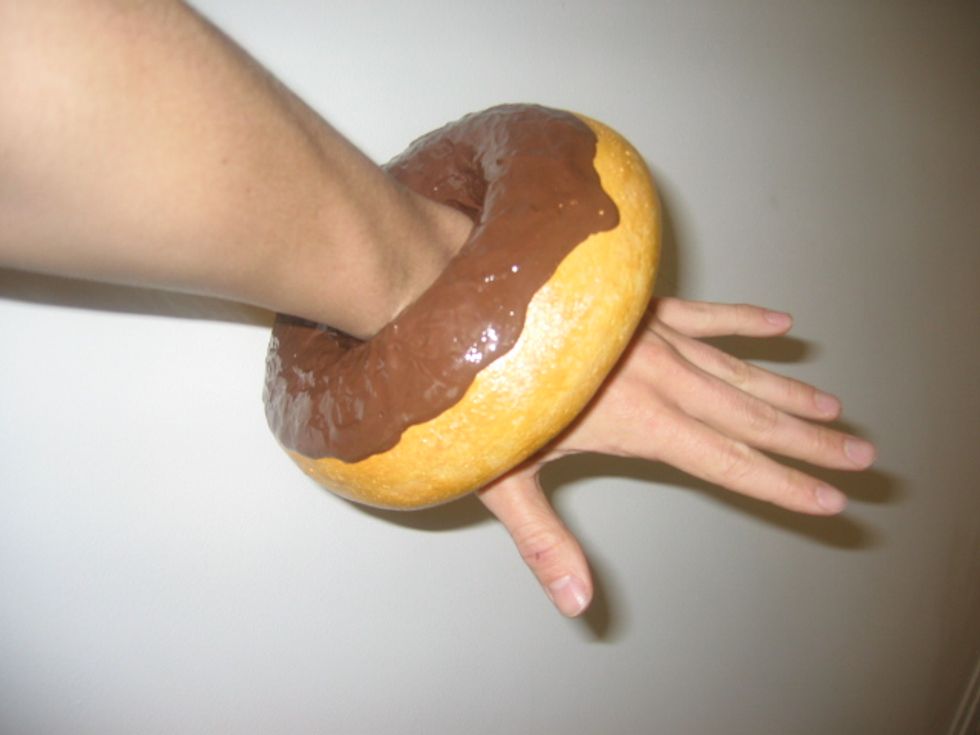 Just thought you might want to see a closeup of one of Jeremy Scott's donut bracelets he showed with his "fast food" collection during fashion week. Jeremy stopped by the PAPER offices Friday to say hello and just missed seeing Larry Clark who stopped by as well to drop off his fabulous fashion photos he shot for our April issue. Turns out Scott is one of the guest stars in Clark's new film called "Wassup Rockers?" . I hear he dies a wild death in the movie. The next issue of PAPER is shaping up inmcredibly folks. In addition to Clark shooting a fashion spread of cute South American Los Angelino skate kids from his movie, we have close to 50 pages of the most amazing Beautiful people photos shot by the up-and-coming star photog Cass Bird. The issue will hit the stands in a couple of weeks.