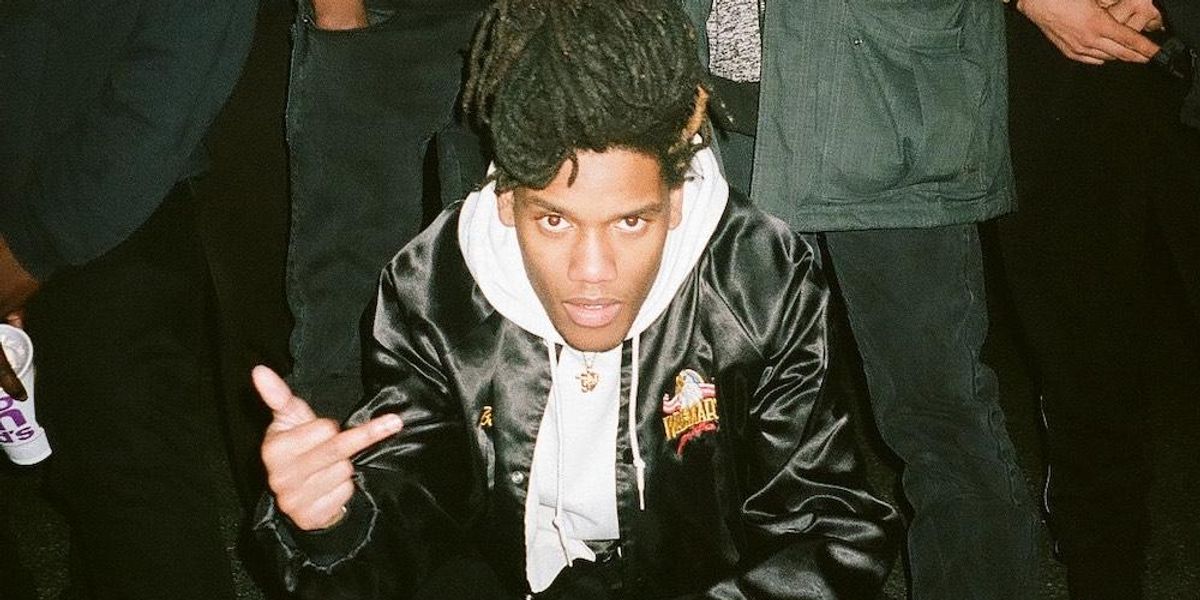 After a decades-long career, it finally happened to Mariah Carey — someone took one of her most endearing songs and turned it into a ballad of bullets and bloodshed. It's a tried-and-true method of introducing classic hits to younger fans. Just ask Tim Vocals, who made Neyo's "Sexy Love" into "Bust My Gun" and found viral fame — or Yungeen Ace, Spinabenz, Fastmuney Goon and Whoppa Wit Da Choppa, who flipped Vanessa Carlton's "A Thousand Miles" into the endlessly catchy "Who I Smoke" earlier this year.

Carey just entered an elite club. If she's looking for the person to thank for her new membership, it's YTK, a rapper out of Baltimore that flipped her beloved 2005 single, "Shake It Off" into "Let It Off." The song's transformation, from polite breakup jam to armed robbery soundtrack, immediately went viral when Tommy Banks, CEO of RnB Radar, tweeted the video to Carey, who responded that YTK had 24 hours to contact her lawyers. Questlove even wanted to help get the song cleared so it could avoid getting taken down. People panicked and thought Carey was taking it seriously, but YTK tells PAPER over the phone that everything's water under the bridge.

"I saw her tweet and the screenshot of Questlove's conversation, but other than that I'm taking it as it is," he says. "She's joking back and forth with me. I'm ready to joke back with her."

Before dropping the "Let It Off" video and seeing his life change, literally, in the span of a couple of days, YTK already had the infrastructure and planning to takeover the industry — he just didn't know when it would happen. He started rapping as a kid and writing full songs at 12 years old, but he didn't start taking his career seriously until his junior year of high school. "I started off making beats, posting them on SoundCloud," he says. "But behind the scenes, I was recording — it just wasn't at a shareable level for me."

Related | Thanks to TikTok, Soulja Boy Is Viral Again

Eventually, he started sharing the music. In 2017, he released his debut EP, Jimmymac, following it up two years later with another one, BEREA. His latest one, From Grace, For Grace, came out last year. With each release, more people wandered to his stage, eventually amassing a small core of fans who you'll find on YouTube comments already calling him "underrated" and "one of the best" long before he released "Let It Off."

Speaking of his breakout song, YTK actually recorded "Let It Off" last year during an impromptu studio session. "I was engineering at a studio and, in between sessions just to get a vibe, I would always play my favorite songs," he says. "I was also practicing how to record people in different ways so I was trying out a new Auto-Tune plugin that I got. I thought it would be crazy to do one of my favorite Mariah songs so I freestyle it and made it in 25 minutes."

YTK didn't realize how big of a hit that he had on his hands, choosing to keep it close to the chest for a few months before sharing a snippet of it in April. "I kind of just posted it like you would a random meme," he says. The resulting traffic encouraged him to shoot a video for it, and that's where the real fun began. Masked up with guns out, YTK and his friends get as far away from Carey's original meaning as humanly possible while keeping the actual lyrics extremely catchy.

When Carey's tweet response to the song came though, YTK was actually asleep. "My brother comes and bangs on the door and makes a secret agent impression, saying 'Mr. President, she responded,'" the rapper recalls. "I kind of shooed him out of the room and I woke up 30 minutes later and saw it, saying 'Oh. She responded, responded." Luckily, she was joking about the lawyer thing.

Regardless of what happens with the track, YTK's enjoying what the recently released "Let It Off" has done for him so far. "My life's changed in the amount of eyes I have on me now," he says. "The resources I've always wanted have, in a flash, become available for me. I was prepared to work so much harder this year, but now I have the tools to really just snap. And it's almost going to feel effortless because I'm already used to being focused and working hard on my craft."

Related | Throat Baby: The Song About Head That's Stuck in Your Head

Something in the cards that YTK is looking forward to is a remix to "Let It Off" that'll probably come with some huge names. One that he's looking for in particular is, of course, Carey herself. "In the best case scenario,the literal wildest thing that could happen is that Mariah jumps on the remix with me," he says. Even if she doesn't, he still plans on connecting with her in the future. "Will I collaborate with Mariah in the future? Of course," he says.

Until then, YTK isn't going to put all of his chips into "Let It Off." "This was a small stop in the release calendar that I have for the year," he says. "The releases I have planned aren't even 10% out of the way. They got to be afraid of me with a budget because most of this shit has been zero budget, just vibes, hard work, sweat and trying to really figure out how to fucking really do this shit. But now I'm here. This shit is nuts."