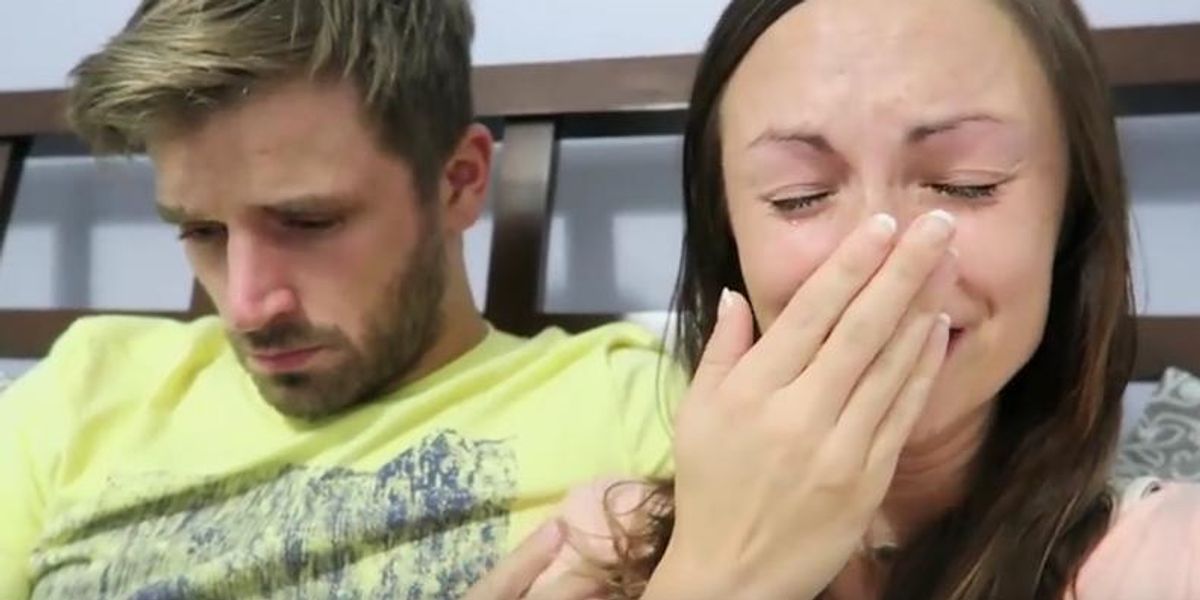 2015 is coming to a close, and, like every networked year before it, it's been a banner year for Bad Stuff Online. The rapid refresh of the 'virality cycle' makes it hard to remember what we hated back in September, let alone January. I revisited the grimiest of the grimy in an effort to find you a cross-section of the worst stuff from this year. My recommendation algorithm died for your sins.

So, after a lot of eye-rolling and a couple of showers, here are the Ten Worst YouTube Videos of 2015.

Upside-down mouth puppetry has always made me squeamish, but this video makes this year's list by virtue of one moment. At :13, after "singing" Sheeran's first-ballot Hall of Fame gross-out lyric "Will your mouth still remember the taste of my love?", "Ed Sheerchin" licks his lips obscenely. Now you have to live with it too.


This is a cool video depicting a remarkable technical achievement. It's hard not to be impressed, until you picture one of these things, chrome stained with blood, running you down in a post-apocalyptic city street amid the inevitable, ruthlessly efficient extermination of the human race. So the video goes on the bad list.

8. SEE HOW EASILY A RAT CAN WRIGGLE UP YOUR TOILET

The Internet is the largest repository of knowledge in human history. You'll wish they'd left this out of it.

Wouldn't it be funny if you convinced the mother of your son that your son's out-of-control ATV exploded right before your eyes? Judging by Roman Atwood's videography (other titles: "Killing My Own Kid PRANK!!", "The N Word Prank!!", "Sex With Vitalys Mom PRANK!!"), Roman certainly thinks it would, and so do millions of viewers. At this point it seems like only a matter of time before a tragic copycat makes the news.


(Note: This video was first posted to Facebook, but has since been reposted numerous times to YouTube)

Joshua Feuerstein, the result of a teleporter mishap involving a "hip" youth pastor and Paul Blart: Mall Cop, was incensed that Starbucks didn't have any Christmas symbols on its holiday cups. He expressed his anger in the strongest way possible: continuing to purchase their product, but telling the barista his name was "Merry Christmas" so they had to write it on his cup. That's right, Starbucks, Joshua tricked you and he tricked you good. As we all remember, Starbucks and the PC Police relented as a result of the ensuing hashtag campaign and everyone learned the true reasons for the season: wearing a Jesus t-shirt and carrying a gun into a coffee shop.

This campaign non-ad ad is the result of an ill-fated attempt to score points with the dreaded Millennial, the political equivalent of a divorced father trying to connect with his teenage son. Cruz also did a "Simpsons" voice audition, but seemed like he was genuinely a fan of the show. This video is more self-consciously Epic, as Cruz fires a big gun wrapped in bacon in the vicinity of a range target before grimacing his way through a piece of partially cooked breakfast meat. Points for trying, Dad, but Maroon 5 hasn't been cool for years.

Imagine how exhausting it must be to be a part of this family.

If you surfed YouTube at all in 2015, you've seen this guy and his cars for a few seconds before clicking "Skip Ad". Tai Lopez, a TED Talk struck by lightning, upped his marketing budget in a big way this year. The result was that anyone slacking off at work learned that he was selling…whatever it is he's selling. Like any motivational speaker (or carnie huckster), Lopez has a talent for speaking while saying nothing, for minutes on end, to avoid giving away anything for free. Long story short: he was broke, now he's rich, and he owes it all to, uhh, reading lots of books and finding mentors. That's as much as I could get for free.

2. OUR BABY HAD A HEARTBEAT

I'll be the first to admit that I don't understand YouTube's family life-sharing culture, but to me, this is the Empire Strikes Back in a trilogy of gross oversharing for fame and profit. Sam, as you may recall, surprised his wife, Nia, by sneaking some of her urine out of the toilet bowl, then surprising her with the positive pregnancy test results on camera. The happy news that Nia was two-plus weeks pregnant was broadcast to the world. Three days later, Sam and Nia had sad news – Nia had suffered a miscarriage. Viewers confused by the timeline of the couple's story were further puzzled by the couple's next video, in which Sam crowed to his wife that he was able to quit his day job, allegedly due to their YouTube earnings. Their 380,000+ subscribers are no doubt loving the trilogy's sequels, which have included Sam being outed in the Ashley Madison hack.

It's a story anyone familiar with the Internet Outrage Cycle has seen countless times, and it's a perfect microcosm of the Internet in 2015:

In this case, a thin, attractive woman claiming to be a comedian sneered--among other extremely comedic things--that "fat-shaming is the race card with no race." The above cycle ensued. In retrospect, it seems she played us all like a collective fiddle, briefly raising her profile, cashing in for outrage clicks and probably selling some t-shirts. Credit where credit's due.