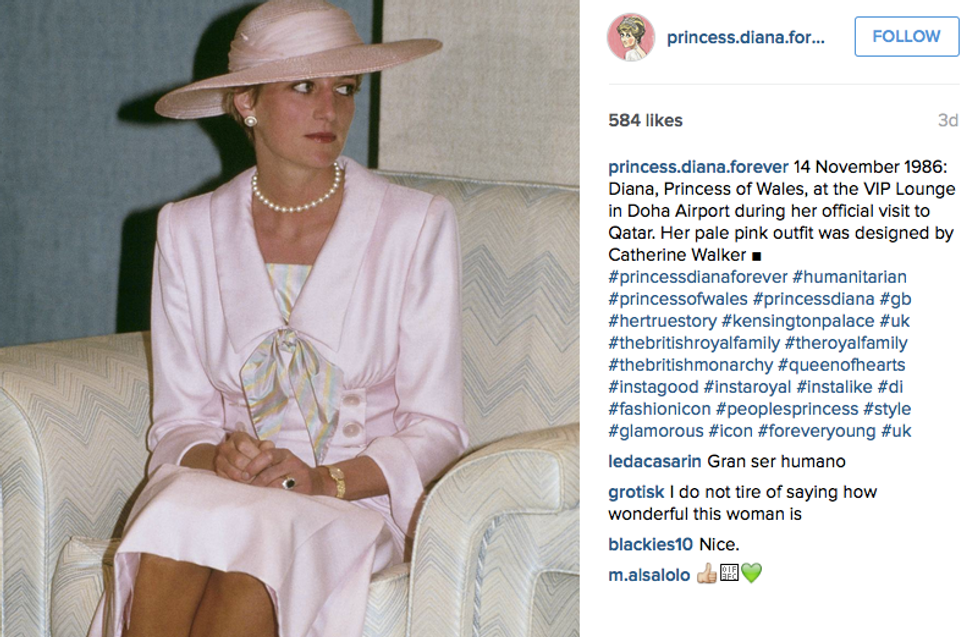 by Carey O'Donnell
PAPERMAG
Ready for a brand new Instagram K-Hole to fall into while you're writhing in bed on a Saturday morning and feeling too dead inside to even move to the bathroom to pee? Enter: @princess.diana.forever.

The rising account has amassed close to 30,000 followers, and features an assortment of paparazzi photos, video clips, and paintings of the late and great Princess Diana of Wales, from her days as a newly crowned royal, up to her final years as a jet-setting divorcÃ©e.

Each post saves us major Google time by providing us with the exact date and place of the photo, as well as the designer of the outfit the once-future Queen of England was wearing.

If you're not satiated by double tapping these pics alone, there's also a whole blog in the same name to explore.

Aside from being remembered for her uber democratic approach to modern royalty and good will, Diana has become one of the quintessential icons of 80s and 90s fashion. Nowstalgia, indeed.

Whether wearing a sequined party dress, simple black blazer, or an oversized T on the beach with Wills and Harry, Di was consistently fierce as f*ck, while hauntingly vulnerable all at once.

I've been reduced to ash.

Serving you "Parent who just wants the facts at the PTA meeting" realness.