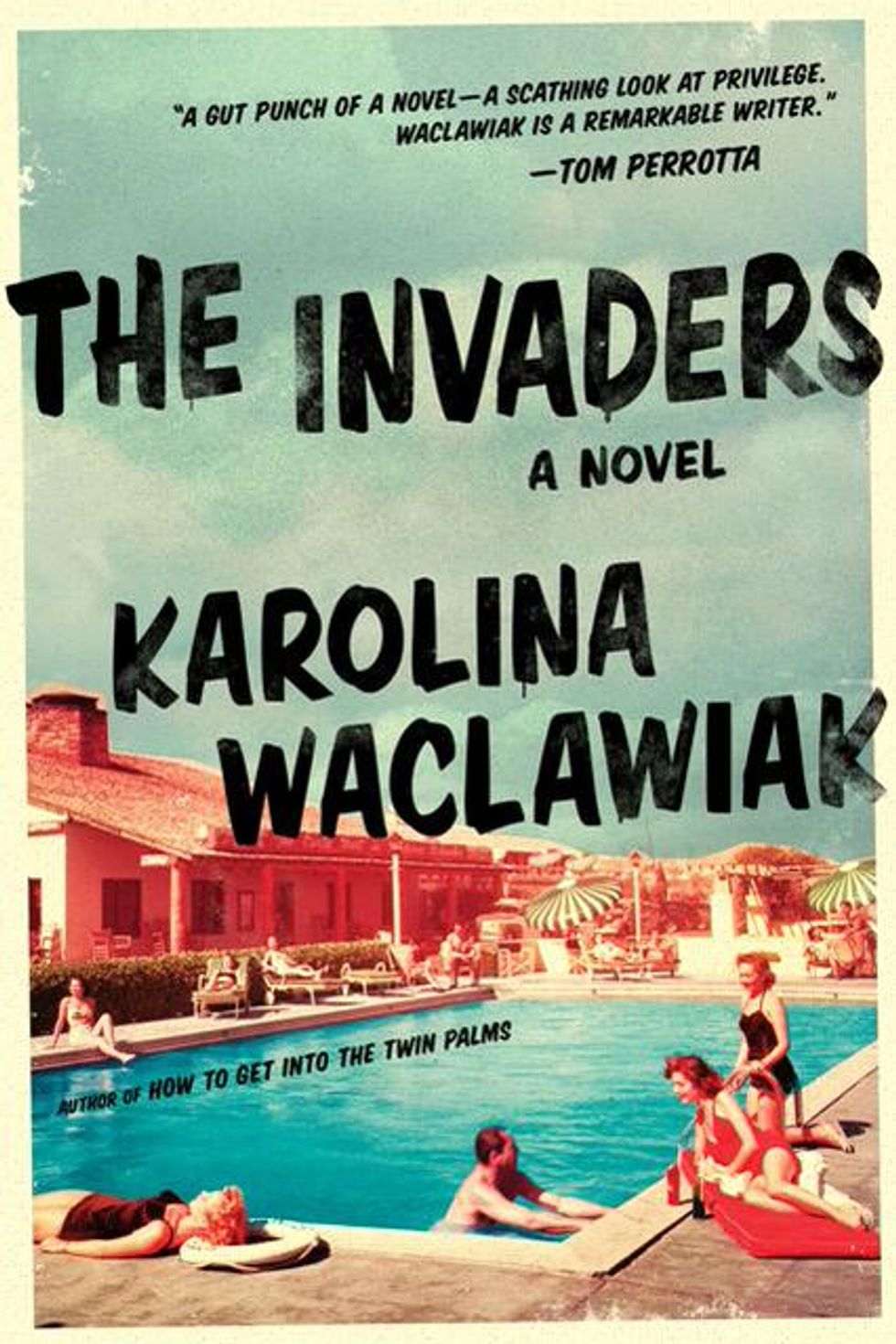 2015 is shaping up to be a good year for people who depend on books as much as I do for diversion and emotional sustenance. Here are some forthcoming books I've been #blessed enough to get a peek at as well as some others that I'm psyched to know about the existence of because I've loved their authors' other work so much or the topics are so intriguing. Either way, I hereby vouch for all of these; this list is all killer no filler.

How To Grow Up: A Memoir by Michelle Tea (Jan 27)
Tea is the author of four memoirs, poetry, and a YA series, but this book is poised to be her "mainstream" breakthrough: it's her first from a major publisher and it features a big ol' glamorshot of her cute self on the cover. That and the title remind me (as I'm sure they're intended to) of Caitlin Moran's How To Be A Woman. Like Moran's memoir in essays, this one is also more about good anecdotes than teachable moments, though Tea does make palatable and funny some of what she's learned from 12-step programs during her decade-plus of sobriety. I'm a huge fan of Tea's voice - she has that indefinable thing that makes it impossible to stop paying attention to whatever she's talking about. Maybe this is what people mean when they say someone is a "born storyteller"?  In centuries past, we'd be relying on Tea to keep us entertained during long nights around the fire; she can and does make just about anything  -- from a fridge full of maggots to a trip to the Fendi atelier in Paris - straight-up riveting.

This is the rare (for me) book of poetry that, while non-narrative, still holds my attention well enough that I can read it straight through - say, on the subway -- and not take it in little doses while thinking "hmm, yes, good job reading poetry Emily."  The appeal might be Pollari's direct address and the appeal of her weird, dark and true observations. Like:

Under the vagina and guts

Even in a Lana

I don't know anything about this book but I can't wait to read it. Scanlon is the author of Promising Young Women, a criminally underappreciated book about being institutionalized that both directly addressed the tradition of mental-institution memoirs and added something new to the genre, which is basically a miracle. It firmly put her in "I'll read anything she writes with great enthusiasm" territory.

Selfish, Shallow and Self-Absorbed: Sixteen Writers on the Decision Not To Have Kids Ed. Meghan Daum (March 23)

Hoo boy. That title, right?!?! Plus, Daum has assembled a dream team to tackle this charged issue, with writers like Sigrid Nunez and Geoff Dyer contributing essays. An anthology on this topic is long overdue, and I'm almost as excited to hear the conversations the book will start as I am to read it.

Spinster: Making A Life of One's Own by Kate Bolick (April 21)

Fascinating and overdue, in the same vein as Daum's anthology. Bolick takes on society's assumption that there's something wrong with women who don't make getting married a priority in their lives by using her own life as a lens. The Atlantic cover story that sparked this book made people lose their shit in a really entertaining way, so I'm assuming that will happen again. Basically, both of these books = http://www.reactiongifs.com/popcorn-gifs/

A God In Ruins by Kate Atkinson (May 5)

In this follow-up - not "sequel," really - to Atkinson's blockbuster Life After Life, we once again find ourselves in the company of the Todd family, an otherwise ordinary UK family who have a slightly screwy relationship to the laws of time and space. The most powerful and affecting chapters concern Teddy Todd's stint as an RAF pilot during the Blitz; one chapter in particular had me reading in the kind of riveted, wide-eyed trance state that I usually only experience during Bourne movie action sequences. I cried when that chapter was over both because it was emotional and because of the relief of the tension that Atkinson is a master of building and sustaining moment to moment, even as she switches temporal perspectives several times in one paragraph. In other words, she's always telling you how the story ends, but still keeping you in constant agony over how, moment to moment, we're going to get there. I think she takes pleasure from it. It's kind of sick! The ending is a real mindfuck, too.

The Argonauts by Maggie Nelson (May 5)

Nelson might be best known for Bluets , a narrative poem that describes the unraveling of a relationship in the immersive way that your favorite breakup album does; its publication created a cult of Nelson fans. She also writes critical theory, as in The Art of Cruelty, her recent book about our relationship to art as spectators and participants. In The Argonauts she combines both her signature modes, wrapping bits and pieces of other writers' words and theories around her own experiences of falling in love and becoming a parent. This is a crazy book to read while you're pregnant, by the way, especially Nelson's no-holds-barred description of her labor; I don't know if I would actually recommend it to my fellow preggos. Except I totally would, because I would like to discuss it with you, so please read it.

City By City: Dispatches from the American Metropolis Ed. Keith Gessen and Stephen Squibb (May 12)

It's kind of dirty pool for me to recommend this because it is co-edited by my husband but come on, "co-edited," that's not that bad, and also who knows what that even means. Plus, I'd be remiss if I didn't recommend it because it's great. There's so much emphasis on what goes on in America's "cultural capitals" that these dispatches from Cincinnati, Florida and Syracuse are as riveting and alien as essays about an obscure republic of some exotic foreign land might be.

Zink took the world by storm last year with The Wallcreepers, which introduced readers to her singular voice. She combines obvious erudition with a sort of devil-may-care attitude that's very winning; she also clearly doesn't give one single fuck about offending anyone. On a purely technical level, this book might be the best on this or any list; it's been a while since I've read anyone who can write a sentence as economical and graceful as Zink's. On the level of plot this book is just bonkers, and your mileage may vary as to whether you find it palatable: it's about a white woman who runs away from her awful husband by assuming a false identity; without trying very hard, she convinces everyone in a backwater Virginia town that she and her small daughter are black. Years later, the daughter encounters her older brother at college; hijinks ensue. The final scenes reminded me of what a Wes Anderson movie might be like if he was as good a writer as he is a visual stylist. I mean that in a really good way.

The Invaders by Karolina Waclawiak  (July 7)

A bored housewife in a gated community has to deal with her husband's drug-addled son from his first marriage in Waclawiak's hotly anticipated second novel. Her first, How To Get Into The Twin Palms, was a mini-masterpiece of atmosphere and mood; a new book is a cause for celebration.

Lol, have you heard of this guy? I think he's pretty good.