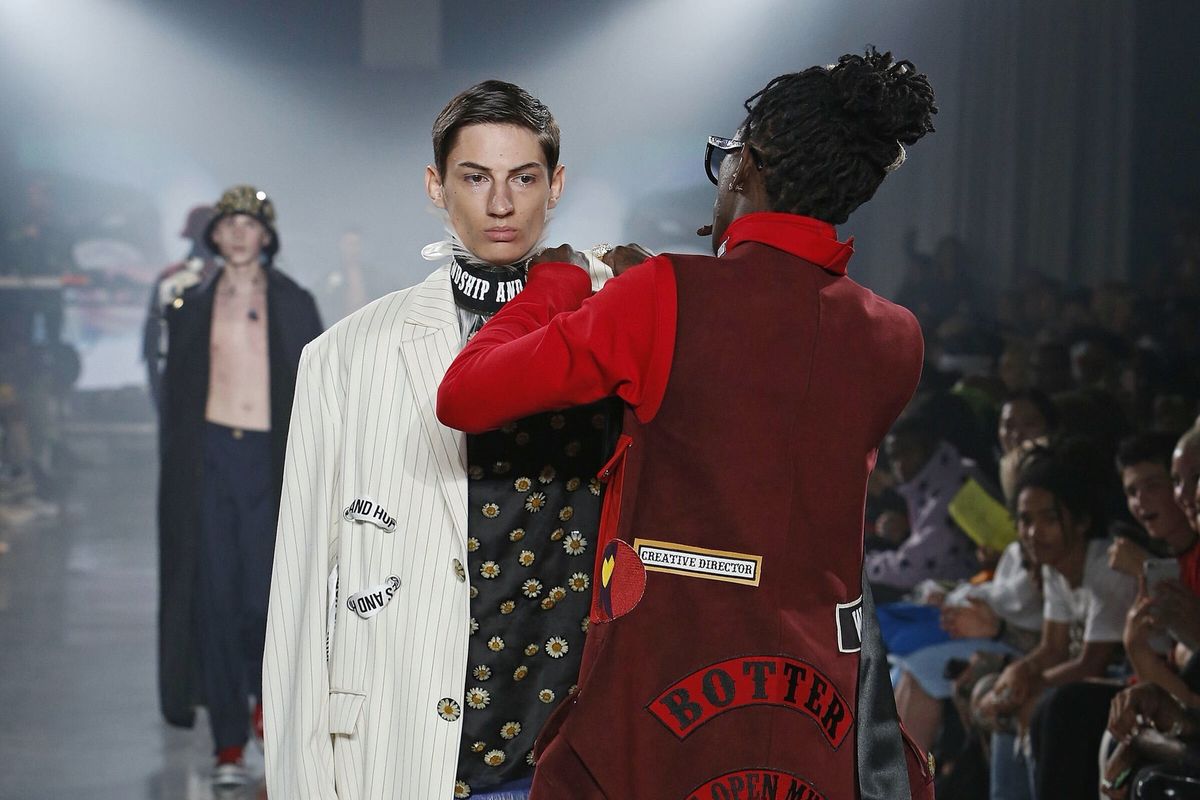 Last night, Jeffrey himself made an appearance at the VFILES NYFW show.

Appearing suddenly in a cloud of fragrant smoke with his fianceé Jerrika Karlae, the VFILES Runway Season 7 mentor obviously took his job very seriously, as he interrupted the show to make a few adjustments to a Rushemy Botter model's garment mid-walk. Because when you're also repping one of the designer's coats, you better bet the catwalk version looks just as good on the model as it does on you.

When @youngthug wants to style you, you let him pic.twitter.com/HY6gNtvGNd
— VFILES (@VFILES) September 8, 2016


Also notable is the fact that Jeffrey may be the only person to make taking photos with an iPad cool.


What a way to kick off NYFW, huh?