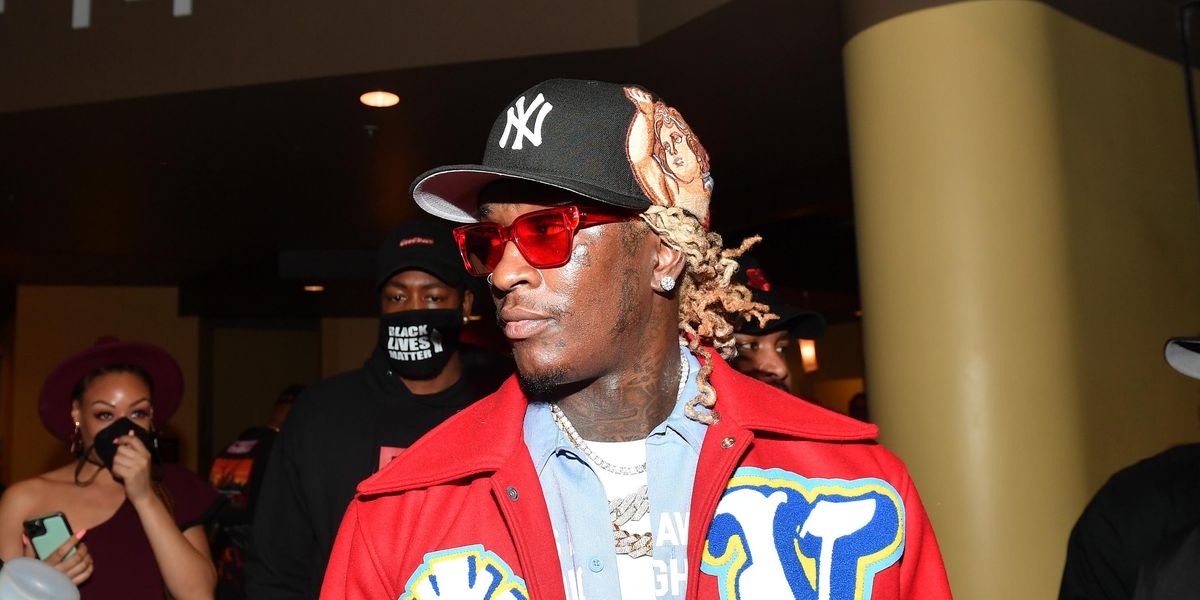 Maybe the Young Thug Musical Will Save Hollywood

Young Thug has his sights set on total Hollywood domination.

He's set to star in the upcoming movie Throw It Back, described by a press release as a "dance-filled musical" that follows a high school senior named Wytrell who seeks to become a member of a dance squad that has been selected to feature in a controversial Miami rapper's upcoming music video. Thugger presumably plays the rapper. Shahadi Wright Joseph will co-star.

The film is produced by Haddish's company She Read Productions alongside comedy veteran Paul Feig. It's directed by Shadae Lamar Smith, who's helmed videos for India Love,Slick Rick, Serpentwithfeet and more, with a script penned by Smith and Rochée Jeffrey. Geoff Ogunlesi and Lynne Hedvig will serve as executive producers.

Earlier this year, Young Thug released the Slime Language 2 compilation album with Young Stoner Life Records. It went on to debut at No. 1 with 113,000 album-equivalent units in its first week of sales. The world hasn't got an actual solo album from Young Thus since 2019's So Much Fun.

Related | Tiffany Haddish and Common Do a Steamy Silhouette Challenge

Fans have been on the lookout for an LP named Punk after Young Thug revealed after the release of So Much Fun in 2019 that he was working on a new project that would release in January or February of 2020. Sadly, that never came into fruition — most likely because of the pandemic.

Thugger will be executive producing the Throw It Back soundtrack, though, so that's something to look forward to.