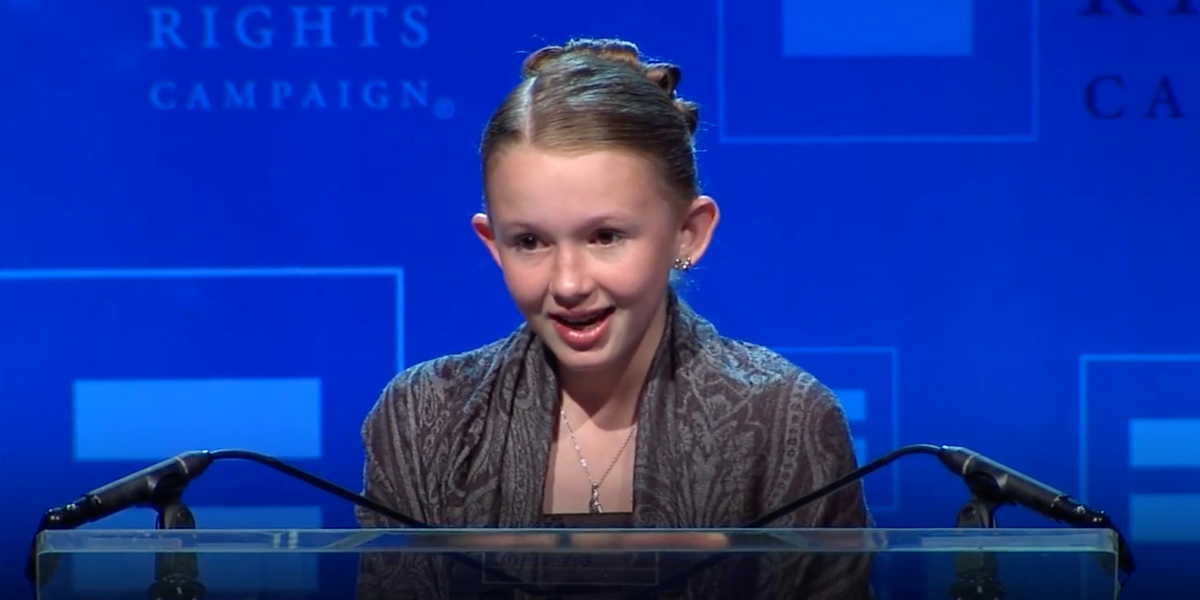 Young Lesbian Mormon Honored by the HRC for Her Bravery

12-year-old girl Savannah became one of America's sweethearts overnight when a video went viral of her coming out as a lesbian in a poignant speech before her Mormon congregation—which then got cut off by church counselors without any explanation, before a church leader gave a half-assed speech on God's acceptance that didn't have nearly as much resonance. The public response with a mixture of outrage at the church and support of Savannah for her bravery to deliver a beautiful and inclusive message despite inevitable fear as such a young woman.

Luckily, her brave accomplishment has not gone completely unacknowledged, as the Human Rights Campaign honored Savannah yesterday at their 2017 Utah Gala (how fitting). The young girl took the stage alongside her two loving parents as event chair Dustin Williams spoke about her brave choice and supportive family. Savannah fought back tears as she took the mic herself, saying "I just wanted to say, even though I'm small and I don't have a video to go with what I'm saying, I have a lot of love to share, and I love you guys so much." Watch the unbelievably touching moment below.