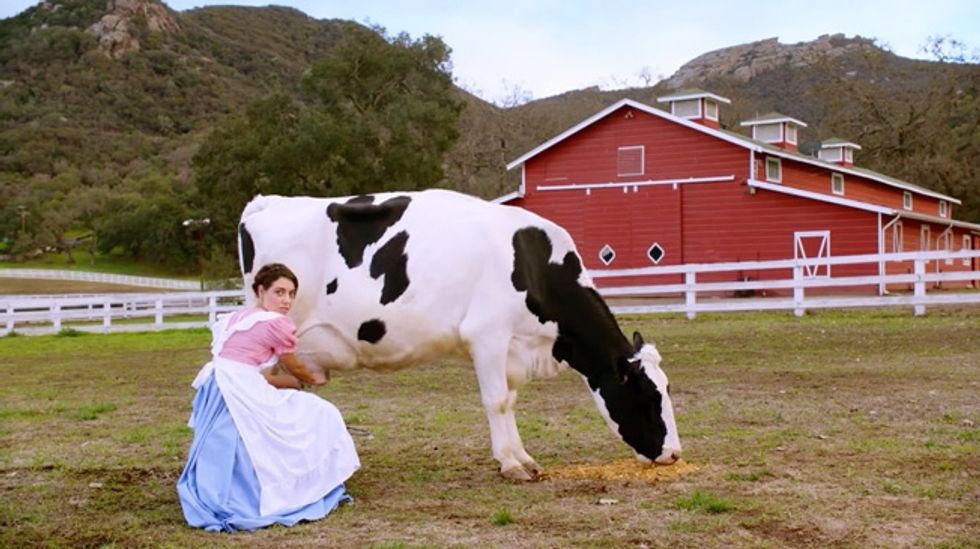 by Gabby Bess
PAPERMAG
In addition to being a master prank caller, Aubrey Plaza is a national treasure. Like Totinos pizza boys Tim and Eric, Plaza has brought her comedic charm to the world of advertising -- and it's all the better for it. While the anti-advertising tactic is nothing new and ultimately still serves to sell you things (Newcastle has even done this before), Aubrey Plaza is certainly a damn delight in these ads.

In the first video, Aubrey Plaza takes on the ridiculousness of Super Bowl ads and promotes Newcastle's campaign to get a "band of brands" together to collectively buy an ad spot during the big game. The second ad is pretty much the same thing, plus a cow, milk maid braids, and even more sarcasm -- which Aubrey Plaza asserts is "just how she sounds." Watch Aubrey Plaza, world's worst/best spokeswoman, below.