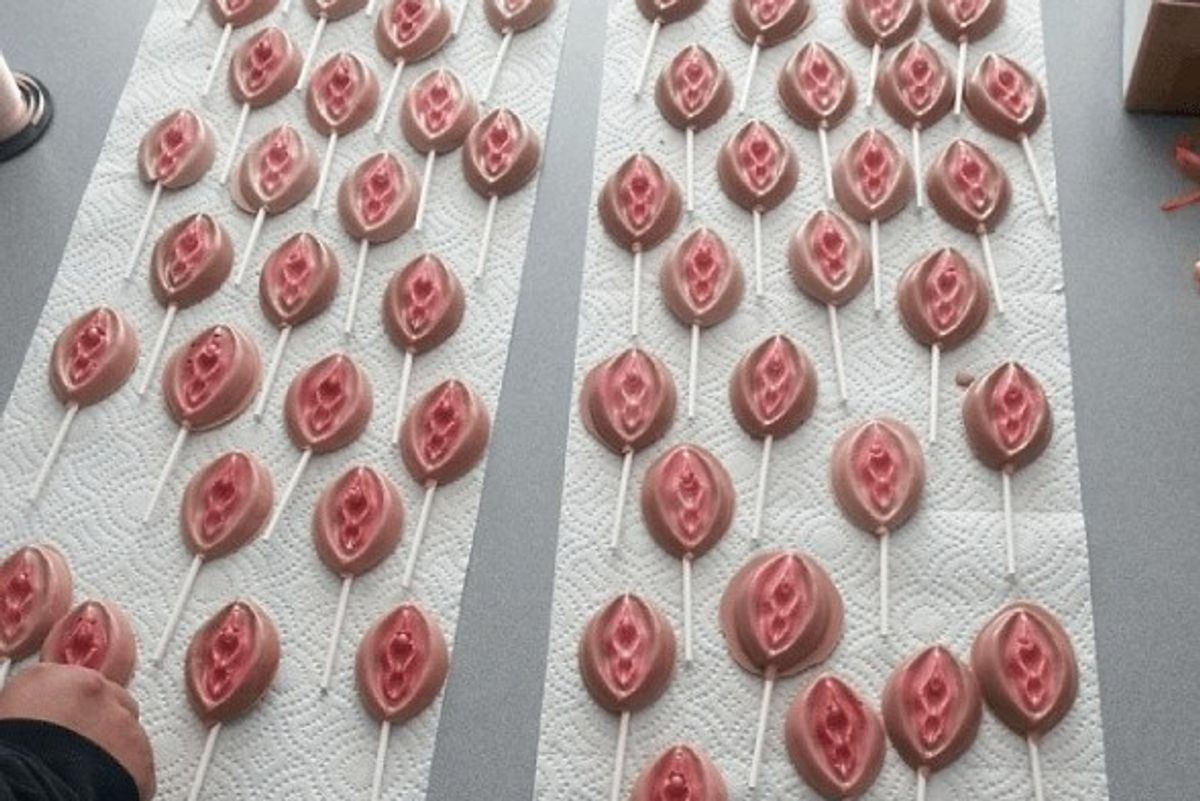 You Can Now Send Donald Trump A Pussy Pop

Created by an LGBT high school couple simply identified as Jules and Gabe, Send Trump Pussy is meant "to show Trump and America that we're unsatisfied, and our desire for an inclusive un-misogynistic America is unwavering, by sending him pussy-shaped lollipops!."