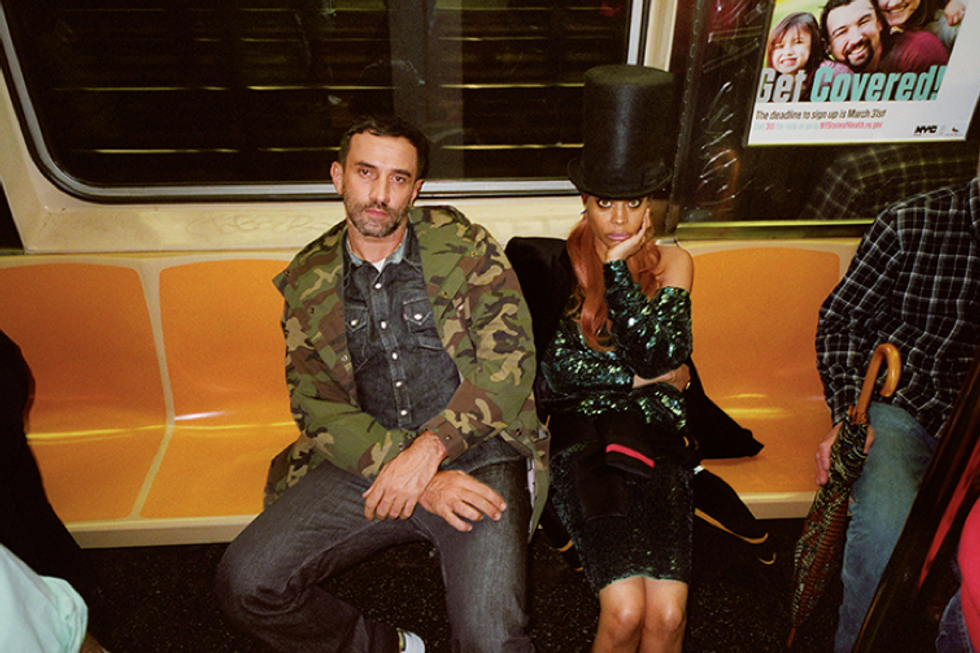 You Can Now RSVP to Riccardo Tisci's Givenchy Show During NYFW

by Abby Schreiber
PAPERMAG
[Photo by Theo Wenner for Paper]
On the heels of news that Riccardo Tisci was (temporarily) abandoning Paris in favor of New York and showing his Spring 2016 collection during NYFW, there have been more exciting developments leading to up to his show on September 11th. Along with the news that the show will feature an artistic component created by Tisci muse Marina Abramovic and word that it'll take place on an undisclosed street, perhaps the biggest revelation is that along with the usual A-list editors, buyers and celebrities, regular people will be invited to attend his show. WWD reported yesterday that 1200 spots will be reserved for "normal folks" (aka non-industry and non-famous types) who RSVP to a specially-designated site and then receive invitations first-come, first-serve; there will also be tickets set aside for students and faculty from some of NYC's fashion schools.

And now, in what may become a mini-fashion world equivalent of the Internet bum-rush that happens each year when Coachella tickets are released, the Givenchy RSVP site is now open, according to WWD. So head on over to givenchynyfw15.com and fill out the required form for the chance to be invited to the show -- with a guest. The site indicates that "the first 410 correctly completed registrations will be invited" so don't delay. See you there.