Common lore of the American South follows that it is a place where magic and the supernatural lives and breathes. Practitioners of magic in all forms might credit this phenomenon to the land's historic trauma — once marked by slave plantations and mass degradation of bodies, now teeming with swamps, murky enough to hold that history or make it invisible. It all depends on who is looking.

For the song's erotically charged video, premiering today on PAPER, Michel and Petty teamed with Cassils, a trans multidisplinary artist. (The video debuted at OutFest last weekend.) It stars Mistress Sheree Rose, iconic performance artist, dominatrix, and documentarian. Cassils, whose work centers the human body as medium for social commentary, drew ideas from one of their favorite works of art, a queer avant-garde film made in 1969 called Funeral Parade of Roses, directed by Toshio Matsumoto. The film is loosely based on the Greek tragedy of Oedipus Rex and set in Tokyo's gay underground of the '60s. Cassils calls it "Warhol on crack," drawing from the visceral visual style of frenzied close-ups and cut-ups showing bound flesh.

For the narrative of "This Love Is On Fire," all artists aimed to showcase the interplay between femme sex workers across generations. Sheree twists and contorts her body with another, and though her body is bound, whether through sheets, binds, and embraces, the way it is expressed feels completely free of constraint. The bodies bite, push, pull, and wrestle in beds of leaves and branches made to look like sharp objects.

It's no surprise that these images constitute the current global political debate surrounding women's bodies and autonomy. For Sir, the video represents the power struggle between consent and oppressive coercion. "I understand the complexities of pain and what's righteous is always active in my daily life," she says. "I've developed a unique understanding of the underlying layers of power, but at times it can be difﬁcult to understand the intricacies." 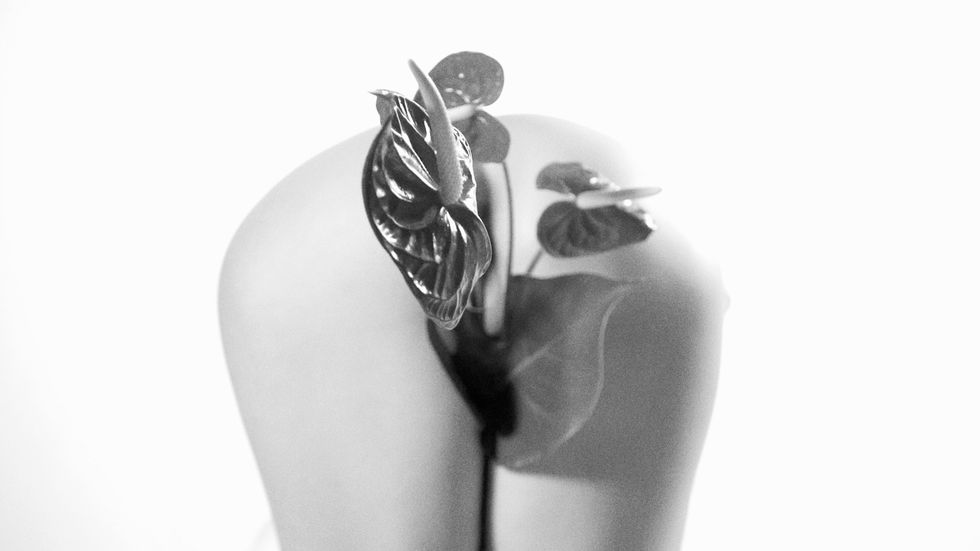 Sheree adds, "I think that 'women' have been taught to be ashamed of their sexuality. If they can get pregnant they have been taught to be careful and afraid. Because we've only been valued for our ability to be used by men, I think it's important to reclaim our bodies and our sexuality on our own terms . This is very important not just for "women" but also for other queers who have had their sexuality stigmatized and put down. We need to create true sexual equality in the same way that we need to attain equality in other domains."

Stream Blood Moon by You Can Call Me Sir, below.

Video still from "This Love Is On Fire," directed by Cassils